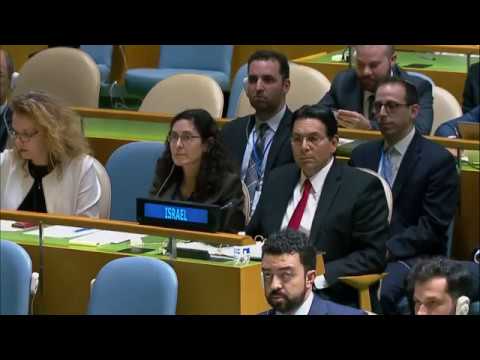 (OpenDemocracy.net) – After Trump’s decision to move the American embassy to Jerusalem, Israel has gained its ally’s backing to go even further in its control over the Palestinian part of Jerusalem

Roughly around their sixteenth birthday, the youth of Jerusalem are eager to obtain their Israeli Identification card. They would wait in an inhumane line outside the Israeli Ministry of Interior in East Jerusalem for hours, and when they reach the officer, they will submit an extensive set of documents to prove that their centre of life is Jerusalem. Eventually, and if they were fortunate enough, and have fulfilled a particular set of requirements, they would receive an Israeli ID stating they were “permanent residents” in the place they call home. The word “permanent” is used loosely here because Israel considers Palestinian Jerusalemites as “foreign immigrants” who reside in Jerusalem not as per their right of birth, but more so as a favour granted to them by the state.

Within the pile of papers, these teenagers have to present their school transcripts of the past three years. If they have attended schools outside of Jerusalem, they risk their residency being revoked. According to Israeli rights group B’Tselem, Israel has revoked the status of 14,500 Palestinians since 1967.

Most of the Jerusalemite youngsters, who speak Arabic and identify themselves as Palestinians in contradiction to the identification card they hold, would be enrolled at Arabic schools in East Jerusalem. The total number of students in Arab education in East Jerusalem, as per data acquired from the Jerusalem Education Authority (JEA) is 110,496. Whereas the number of Arab children in Jerusalem (ages 3-18) is 127,198, which means that 16,702 Palestinian children, who constitute 13% of East Jerusalemite children of compulsory education age are Vanished Children. They are not registered in a known educational institution and are therefore unmonitored by authorities in the education system.

Four types of schools offer education to Palestinian Jerusalemites. The first is Waqf Schools that adopted the Palestinian curriculum in the academic year of 2000/2001 and operate under the Islamic Endowment Department. These schools had become affiliated with the Palestinian Ministry of Education in 1994; therefore the ministry oversees the provision of school supplies and covers the payroll of its employees.

The second type is private schools that are owned by an individual or a group of individuals, or operate under the supervision of charitable societies and churches. These schools rely on tuition fees or church donations to cover their expenses. However, 90% of private schools receive financial assistance from the Israeli Jerusalem municipality, hence adopt the Israeli curriculum.

The third type of schools is run by UNRWA that adopted the Palestinian curriculum in 2000/2001 and is responsible for paying salaries and providing school supplies. However, due to the US government decision to cut funding to UNRWA, the education for 25,000 children is put in jeopardy.

The fourth type is schools supervised jointly by the Israeli Ministry of Education and the Jerusalem Municipality, where the former supervises the technical and logistical processes of the schools and covers expenses of elementary schools, and the latter covers expenses on secondary schools, appoints teachers and administrators and covers their payroll. It goes without saying that the Israeli curriculum is fully adopted at these schools.

Subversion heritage through the curriculum

After Trump’s decision to move the American embassy to Jerusalem, Israel has gained its ally’s backing to go even further in its control over the Palestinian part of Jerusalem. On what Israel calls Jerusalem day, i.e., the holiday that, according to Israelis, commemorates the reunification of Jerusalem and the establishment of Israeli control over the Old City in the aftermath of the June 1967 Six-day-war, and what Palestinians consider to be the Occupation of Jerusalem. The Israeli government made a number of decisions as part of a $560 million five-year plan for the development of East Jerusalem. The objective of this plan is to mend the gap between East and West Jerusalem in the areas of education, employment, infrastructure and planning through investments. As reported by Israeli media, the lion’s share of the budget is allocated towards encouraging the transition of Palestinian schools in East Jerusalem to the Israeli curriculum.

Trump’s decision has subliminally rectified the Israeli control over East Jerusalem. This control is apparent through the recent financial injections into the education sector in East Jerusalem, because as Israel sees it: knowledge is power, and if the new generation has a deluded image of their heritage, they would not be as threatening as the previous generations who had started the first and second intifada.

The Israeli government, through its Ministry of Education and the Jerusalem Municipality, has adopted a strategic and well-thought plan to tamper with the education of Palestinians in Jerusalem through its conditional funding of schools. Arabic schools suffer from various challenges that, in many cases, push them to accept Israeli funding in return for adopting the Israeli curriculum.

Israeli authorities are responsible for the printing of textbooks used in Arab schools in Jerusalem that follow the Palestinian curriculum. The printing is executed post-review, and changes to the texts are made per the authority’s views and ideologies. These books are used in schools that do not receive funding from the Jerusalem Municipality.

One of the most pressing issues facing the education sector in East Jerusalem is the subjugation to multiple authorities, which leads to the absence of an individualized supervising party responsible for setting a unified vision and objectives governing the practices within the Palestinian education sector in Jerusalem. A causative catalyst that eventually creates a vacuum, where Israeli agenda that aims at interfering in the affairs of Palestinian schools in Jerusalem, gains momentum.

In addition to having multiple authorities governing the education sector in Palestinian schools, which creates an imbalance in the philosophy of Palestinian education, schools face other challenges that halt the healthy evolvement of an educated Palestinian generation such as the lack of classrooms and rented buildings.

These challenges maximize the impact of the burdensome economic, social and humanitarian situation in East Jerusalem, and they affect students both directly and indirectly. Whereas 41% of male secondary school students drop out of schools to financially assist their households, 27% of females would be coerced into early marriages to relieve the financial burdens of their parents.

In light of the preceding issues, and the impact of the Israeli policies on East Jerusalemite Palestinians in the education system, specific measures need to be taken to ensure that the Right to Education is intact and concurrent with International laws and human rights agreements. International monitoring needs to be exercised on the education sector in East Jerusalemite schools to ensure the adherence of the Israeli curriculum to international treaties. Likewise, there is a need for appropriately managing school systems, allowing for the connection of education to the community’s heritage, culture, and national life.

The need for devising nationwide campaigns to raise awareness of the Palestinian Jerusalemite parents is crucial to counteract the practices done by the Israeli government through the Jerusalem Municipality and the Israeli Ministry of education, aiming at tampering with the Palestinian heritage.

The international community needs to increase its financial assistance to Palestinian school in East Jerusalem to motivate competent Palestinian teachers to join the Arabic education institutions. Additionally, there is a need to allocate strategic funds to satisfy criteria for suitable physical infrastructure, which includes closing the gap of missing classrooms correlating to the average increase in population.

That being said, Palestinian Jerusalemite youth are still resilient and are open to life in a place where all the odds are against them. However, they need the International community to stand with them to get a tailored education to their needs to preserve their national identity.