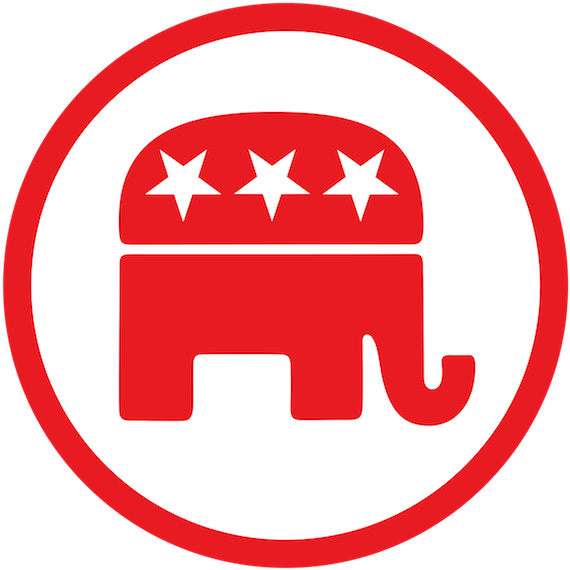 Washington, DC (Foreign Policy in Focus) – Division in the ranks of the conservative movement is a critical sign that a war with Iran isn’t inevitable.

He started out as a low-level staffer at the Heritage Foundation and now he hosts a popular show on Fox News. In between were stints at The Weekly Standard and the on-line publication he co-founded, The Daily Caller. His often contentious prime-time show, Tucker Carlson Tonight, which now occupies Bill O’Reilly’s former slot at Fox, is third in the cable news ratings war behind Sean Hannity and Rachel Maddow.

When Tucker talks, the president listens.

Carlson believes that Donald Trump has been, on balance, a long overdue wake-up call for the Republican Party and an assault weapon that can be used against America’s misguided ruling elite. “Shocking, vulgar, and right,” is how he described Trump in a Politico article back in January 2016.

Since Trump entered the White House, Carlson has occasionally disagreed with the president, but usually for not being sufficiently tough and reactionary, for instance on immigration.

“I think President Trump is interesting, and I agree broadly with his agenda,” he recently told the Heritage publication The Daily Signal.

That’s why his commentary last week on Iran is so important.

Carlson initially supported the Iraq War but then became disenchanted about a year later, along with many others who’d ordered a cakewalk and received a quagmire instead. Now Carlson is warning Trump not to go down the same road as George W. Bush.

If there’s one thing that Washington loves more than open borders and fat lobbying contracts, it’s pointless wars half a world away. Contractors get rich. Neocon intellectuals feel powerful. Bill Kristol, Max Boot, and Nancy Pelosi agree on one thing: War is good as long as the war does not help the United States. …

We are moving toward, however slowly, some kind of confrontation with Iran. And that should worry everybody, but it should especially be of concern to anyone who supported the president.

If President Trump decides to go to war with Iran, it will destroy his presidency just as the Iraq War destroyed the presidency of his Republican predecessor George W. Bush.

Things must be getting pretty hairy if a top Fox News pundit feels that he has to talk the president down from the ledge.

Perhaps Carlson has good reason to be freaked out. In the last 10 days, Secretary of State Mike Pompeo gave a rah-rah rant in favor of regime change in Iran. The president issued an all-caps tweet threatening Tehran with “consequences the likes of which few throughout history have ever suffered before.” And Australian government officials told the press that the Trump administration is prepared to start bombing Iranian nuclear facilities as early as this month.

But, as always, the Trump administration has been aflutter with mixed messages. Pentagon chief James Mattis, for instance, categorically denied the Australian reports. Then, on Monday, the president himself announced that he was willing to meet with Iranian President Hassan Rouhani with “no preconditions… anytime they want.”

As if this weren’t inconsistent enough, even as Trump was talking about a meeting without preconditions, Pompeo was directly contradicting his boss:

If the Iranians demonstrate a commitment to make fundamental changes in how they treat their own people, reduce their malign behavior, can agree that it’s worthwhile to enter into a nuclear agreement that actually prevents proliferation, then the president said he’s prepared to sit down and have the conversation with them.

Since Iran already entered into a nuclear agreement that actually prevents proliferation and since the government (like all governments) thinks it treats its people fine and dandy and behaves properly toward all other countries, Pompeo’s very obvious preconditions are not likely to go down well in Tehran.

The question remains: How likely is a war between the United States and Iran?

The War Before the War

Instead, the likelihood of a conflict breaking out with Iran depends in large part on another war: the war before the war.

This other Iran war has divided the conservative world into two parts. In one corner are the rabid Iranophobes, the Benjamin Netanyahu fan club, the hawks who never met a war they didn’t like, the neocons who cling to a dream of regime change and nation-building throughout the Middle East, and the fanatics who believe that intervening in a longstanding conflict between Saudi Arabia and Iran on the side of the former will (improbably) be a net plus for U.S. national interests.

There is considerable overlap among these groups.

For instance, Mike Pompeo and John Bolton have been pushing for war with Iran for years. They’re joined by congressional hawks like Tom Cotton (R-AR) and John McCain (R-AZ). Likudniks like Republican Party donor Sheldon Adelson adhere closely to the Israeli right-wing’s agenda and its even more belligerent approach to Iran. Neocon think tanks like the Foundation for Defense of Democracies — with Mark Dubowitz and Richard Goldberg — have been vigorously supporting the war option. And then, of course, there are all those — from Rudy Giuliani to John Bolton — who have been handsomely compensated for talks given to the fanatical, cult-like Mojahedin-e Khalq (MEK), an Iranian exile organization dedicated to regime change and with little to no support within Iran itself.

In the other corner are the cautious conservatives. They include once-bitten-twice-shy Iraq War supporters, a handful of never-Trumpers, some libertarians, a scattering of pugnacious isolationists, and a few realists who rightly calculate that a war against Iran would be devastating for long-term U.S. interests.

So, for instance, this camp includes newly cautious pundits like Max Boot, who thought bombing Iran was a good idea back in 2011 but now thinks that it could spin out of control. Libertarians like Rand Paul (R-KY) supported the nuclear deal with Iran and opposed the appointment of Pompeo to secretary of state largely because of his simmering desire for war with Tehran. The isolationist Patrick Buchanan also opposes the war, arguing that “Bibi Netanyahu, with due respect, wants the United States to fight a war with Iran on Israel’s behalf.”

Not everyone fits neatly into these pro-war and anti-war camps. For instance, some like Michael Gerson would prefer that the Iranians, with U.S. help, accomplish regime change by themselves.

This conflict within conservative circles occasionally breaks into the open, like when Tucker Carlson issued his warning last week. But even here, Carlson wasn’t accurately describing the protagonists. Two of the three abovementioned objects of his ire — Max Boot and Nancy Pelosi — show no interest in a war with Iran. Indeed, Pelosi opposed the Iraq War when Carlson supported it, so his disingenuousness is quite appalling.

Later in his monologue, Carlson zeroed in on the real cheerleaders for war: Bolton, Pompeo, and UN Ambassador Nikki Haley. This triumvirate is doing what it can to bait Iran into doing something reckless. They’re thrilled that hardliners like Revolutionary Guard Major General Qasem Soleimani have responded tit for Trump’s tat: “If you begin the war, we will end the war. You know that this war will destroy all that you possess.” In both countries, the escalating rhetoric marginalizes the moderates.

But the real question: Who will win the war before the war?

Division in the ranks of the conservative movement is a critical sign that a war with Iran is not inevitable. To prevent such a war, non-intervention advocates have to win this other Iran war first.

After all, it’s not likely that Donald Trump is actually going to sit down with Iranian President Hassan Rouhani and work out another nuclear deal. Nor is it likely that the Trump administration will simply decide to ignore Iran and focus on other issues.

In the meantime, there are far too many ways for war to break out — after a naval clash in the Persian Gulf, because of an altercation between Israel and Iranian forces in Syria, as a result of a direct Saudi provocation, or simply because Trump gets it in his head that a war with Iran will boost his party’s sagging political fortunes ahead of the mid-term elections in November.

When it comes to influencing Trump or restraining the warmongering triumvirate whispering in his ear, I’m guessing that Nancy Pelosi and the Democratic Party and the progressive anti-war movement aren’t going to do the trick.

Hey Tucker, want to be the president of the No War in Iran Coalition?