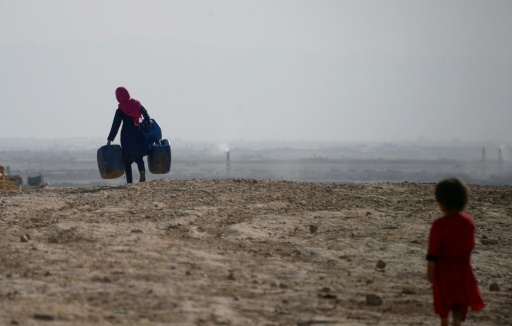 Mazar-i-Sharif (Afghanistan) (AFP) – After his wheat crop failed and wells dried up, Ghulam Abbas sold his animals and joined thousands of other farmers migrating to cities as Afghanistan’s worst drought in living memory ravages the war-torn country.

A huge shortfall in snow and rain across much of the country over the normally wet colder months decimated the winter harvest, threatening the already precarious livelihoods of millions of farmers and sparking warnings of severe food shortages.

Like hundreds of farming families in Charkint village in the normally fertile northern province of Balkh, Abbas, 45, has moved with 11 family members to the provincial capital Mazar-i-Sharif to find work.

“I don’t remember a drought as severe as this year’s,” Abbas, who has been a farmer for more than three decades, told AFP.

“We never had to leave our village or sell our animals because of a drought in the past.”

As dry conditions and high temperatures persist, there are growing concerns about the spring and summer crops that will be harvested later this year.

Afghanistan’s 2018 wheat harvest is already expected to be the lowest since at least 2011, according to the Famine Early Warning Systems Network, set up by USAID in 1985.

Faced with an estimated shortfall of 2.5 million tonnes of wheat this year, more than two million people could become “severely food insecure” and would be in “desperate need” of humanitarian assistance in the next six months, the United Nations has warned. 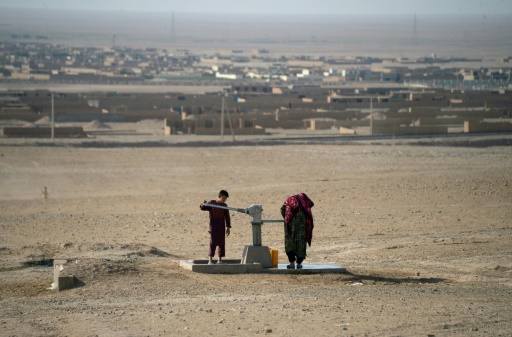 AFP/File / FARSHAD USYAN. Afghanistan’s 2018 wheat harvest is already expected to be the lowest since at least 2011, according to the Famine Early Warning Systems Network, set up by USAID.

Tens of thousands of sheep and goats have died and many farmers have eaten the seeds for the next planting season, as rivers and wells dry up and pastures turn to dust.

“If the authorities and the international community don’t step up to this challenge now, Afghanistan could face a calamity as we head into the next winter,” UN Humanitarian Coordinator in Afghanistan Toby Lanzer told AFP recently.

But thousands of farmers like Abbas have already given up hope, abandoning their land and moving their families to towns and cities to survive.

The UN estimates more than 70,000 people have been displaced to urban areas due to the drought.

“Three years ago it rained and snowed well in our village,” Abbas said.

The lack of precipitation in Balkh has left most of its farming and grazing land parched, Zabiullah Zoobin, provincial director of crops and cultivation management, told AFP recently.

More than 450,000 farmers and nomadic herders in the province have slaughtered their cattle, goats and sheep, or sold them for a pittance, he added.

“All villagers are wondering what to do with their livestock and how to keep them alive because that is all they have in life,” Haji Sorab, a sheep and goat herder in Dawlat Abad district, told AFP. 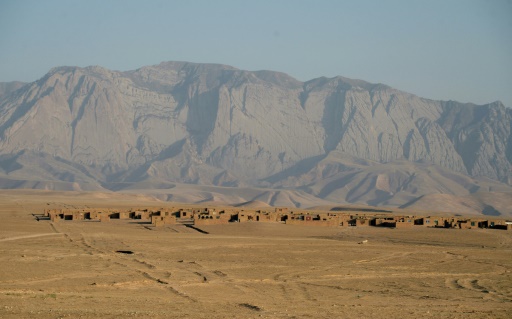 AFP / FARSHAD USYAN. Agriculture is the backbone of the Afghan economy. Nearly 15 million people are employed in the sector in the 20 provinces worst affected by the drought, according to the UN.

The drought adds to Afghanistan’s woes as its security forces struggle to beat back Taliban and Islamic State militants, and civilian casualties remain at record levels.

Agriculture is the backbone of the Afghan economy. Nearly 15 million people are employed in the sector in the 20 provinces worst affected by the drought, according to the UN.

With already high unemployment made worse by record numbers of Afghans returning from Iran and many more internally displaced by the conflict, their chances of finding other work are grim.

Prices of sheep and goats have plunged as farmers rush to sell their animals before they become even weaker, agriculture and livestock ministry spokesman Akbar Rustami told AFP.

At the same time, the cost of fodder has soared. Rustami said most of the country’s livestock are in “urgent need of food”.

Afghan authorities have so far provided limited assistance to farmers and international aid agencies are struggling to meet the growing demand.

UN food and other assistance has reached more than 460,000 people in drought-affected provinces in recent months, Lanzer said — less than a quarter of those who need it.

An agreement between international agencies and the Afghan government to release 60,000 tonnes of wheat currently held in the country’s strategic grain reserve and turn it into mineral-fortified flour will help.

“It won’t be enough for what is needed, but it’s a very good start,” Lanzer said.

If much-needed aid does not reach farmers soon, more might turn to more drought-resistant crops such as opium poppies, Abbas warned.

Afghanistan is the world’s largest producer of opium, despite billions of dollars being spent on counternarcotics efforts since the US-led invasion in 2001.

“A government which is hardly able to pay its soldiers to fight cannot reach out to help people in these remote areas,” Abbas said.

“The conditions will eventually force people to turn to illegal crops.”

AFP/File / FARSHAD USYAN. A girl carries containers to collect water on the outskirts of Mazar-i-Sharif in northern Afghanistan, where a lack of snow and rain in recent months has badly hit the harvest, sparking warnings of severe food shortages.