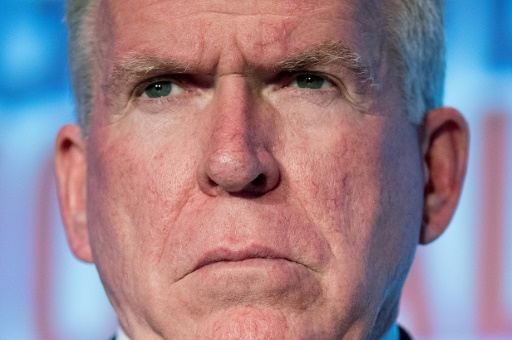 Washington (AFP) – America’s former top spy has alleged he was stripped of his security clearance in a bid by President Donald Trump to scare critics and stymie an investigation into ties with Russia.

“Mr. Trump clearly has become more desperate to protect himself and those close to him,” said Brennan, seeing “an attempt to scare into silence others who might dare to challenge him.”

Brennan, who was until January 2017 the guardian of America’s most closely held secrets, stridently dismissed Trump’s claims that his campaign did not work with Russia to win the 2016 election.

“Mr. Trump’s claims of no collusion are, in a word, hogwash,” he said.

“The only questions that remain are whether the collusion that took place constituted criminally liable conspiracy, whether obstruction of justice occurred to cover up any collusion or conspiracy, and how many members of ‘Trump Incorporated’ attempted to defraud the government by laundering and concealing the movement of money into their pockets.”

Even by the standards of angry Trump-era criticism, Brennan’s words represent an unprecedented attack by America’s normally hush-hush spooks on a political leader.

In an interview with the Wall Street Journal, Trump admitted his decision on Brennan’s clearance was linked to the ongoing Russia probe.

“I call it the rigged witch hunt, [it] is a sham, Trump was quoted as saying “and these people led it!”

“So I think it’s something that had to be done,” he added.