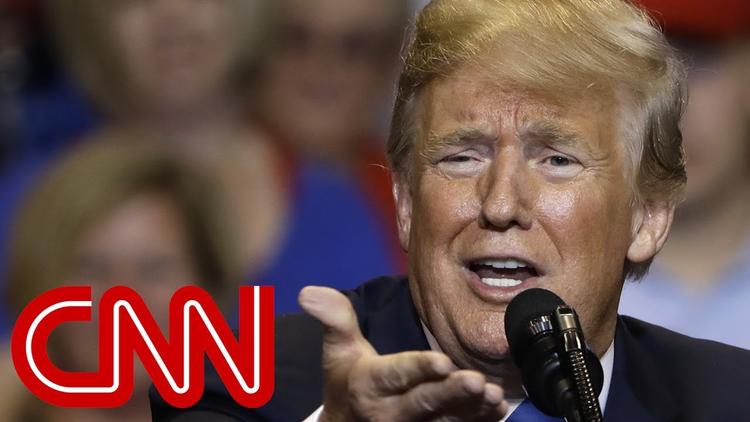 (Informed Comment) – Rhetorical overkill is the order of the day. Russian agents or freelancers were one of many who hacked this and past elections In an election as close as this was, any number of interveners legal or illegal could nave made the difference. Nor have most corporate media asked if Russian hacking is not payback or blowback from ongoing US intervention in Russian elections. As Princeton emeritus professor Stephen F Cohen points out US intervention in the 1996 Russian election of neoliberal Boris Yeltsin far exceeds anything the Russians are implicated in. That election helped install a plutocratic elite and led to an economic collapse that resulted in an unprecedented decline in peace tine longevity thus paving the way for Putin’s ascendancy.

So the question seldom asked in our corporate media is just how has a garden-variety crime been elevated to the crime of the century even before any conclusive evidence of the Trump campaign’s participation in this hacking. And should speculation about this purported crime be an occasion for the two most dangerous nuclear powers to cease diplomatic efforts to resolve their many strategic differences?

The Intercept’s Jeremy Scahill points out: “The U.S. public was also subjected to the most jingoistic, crass form of plastic nationalism and revisionism that our society has to offer, as pundits and politicians compared Trump’s meeting with Putin to Pearl Harbor or Kristallnacht or other outrageously inaccurate, ahistorical nonsense.” This is the equivalent of 60s domino theory thinking, when North Vietnam was equated to Nazi Germany’s vast war machine. Though the US loss in Vietnam did not lead to an invasion of California, World War II, Cold War, and related domino theory metaphors retain overwhelming popularity in our political discourse.

Scahill points out: “-in this current moment, many… former senior intelligence officials have basically taken up residency in the studios of cable news channels and on cable news sets. And they are constantly pushing a propaganda campaign disguised as opposition to Trump that really is about grooming the public to embrace the most authoritarian and secretive institutions in the United States government as somehow being the protectors of our democracy.”

It is no historical accident that these spy agencies have a track record of antipathy to democracy. From mid twentieth century on was hot or cold and a permanent arms race have become a way of life. These encourage and are encouraged by a climate of secrecy. Furthermore, our citizens accept the privatization of public service, the right of retired intelligence professionals to turn their high level security clearances into highly paid media and consulting gigs. These men have an incentive and an opportunity to advance their own private interests at the expense of wider publics.

Congress is no barrier to these trends. Congress has increasingly ceded its role in foreign affairs to the President. In addition, as Scahill points out, Congress is involved in the same practices so anti-war advocates should not expect it to serve as a barrier. I would go farther and argue that the daily corruption of our political process discourages any serious questioning of the national security state.

Students of Campaign finance have shown that members of Congress vote in response to their campaign donors. But the process does not stop there. He or she knows that the right vote also often opens lucrative opportunities after leaving office. Perhaps the steadiest and most certain source of future perks are the arms and national security bureaucracies. So we have a privatized national security state being nominally overseen by the servants of an arms and economic oligarchy. Centrist Democrats have a political as well as economic stake in blaming Russia for the 2016 loss.

Adding to the destructive implications of these campaign finance processes is their often hidden nature. Pools of so- called dark money where contributors need not even be disclosed top the list. The entire system encourages cynicism among the electorate and withdrawal from politics thereby further entrenching the system.

Certainly the Mueller investigation must continue. As with Nixon, the attempt to cover up the crime may turn out to be more consequential than the initial act. In the interim, however, Congress and political activists need to walk and chew gum at the same time. Eagerness to prove Russia Trump election collusion must not be allowed to discourage or subvert contemporary efforts to scale down other theaters of combat and the lethal consequences these may have.

Two nuclear arsenals are on hair trigger alert. The Bulletin of the Atomic Scientists’ Doomsday Clock stands at two minutes to midnight. I worry about what the wheels and arrows of outrageous fortune may have in store for us. We have already been inordinately lucky in our tending of these horrific weapons. Rather than retreat to stale Cold War era rhetoric lets encourage and applaud efforts–even by the most unexpected sources–to reduce the areas of armed conflict over which the threat of nuclear escalation hangs so ominously.

CNN: “Trump and his administration clash over Russia threat”