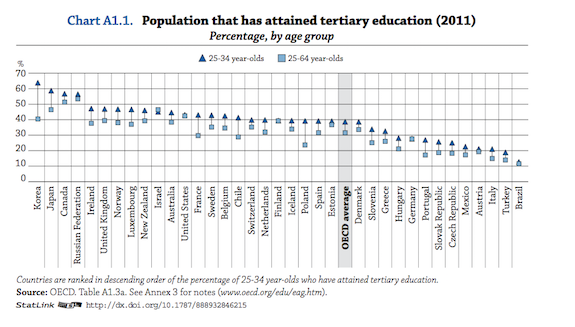 Ann Arbor (Informed Comment) – The emergence of the Democratic Socialists of America caucus in the Democratic Party and its stars such as Alexandria Ocasio-Cortez in New York City and Rashida Tlaib in Detroit is a signal of profound disappointment among working Americans with the current social deal they are being offered by management.

The average purchasing power of the average worker’s wages in the United States has not increased for 40 years. We are on the second generation in which Americans did not on average get better off. But someone got better off. Since 2000, people at the top have seen their real income climb five times as much as lower-paid salaried workers.

The 3 million people in the top 1% captured 85% of post-crash income growth. The US is becoming more and more unequal, with wealth concentrated in fewer hands. That is why we currently have a government of the billionaires, by the billionaires and for the billionaires. That is why the Environmental Protection Agency is now working for Big Chem and Big Oil and not for the welfare of the people and their environment. Yes, the EPA is willing to poison your children for the sake of corporate profit.

Many workers are barely making it on their low salaries, and millions even lack affordable health insurance and health care for them and their children and spouses. 38% of hourly workers aren’t making a living wage and are forced to take a second job or work in the gig economy. The tax scam of last February cut government services for the people and transfered $1.5 trillion over the next decade to… the billionaires. The extra money was not given out as pay raises to the workers for the most part but turned into bonuses for the wealthy.

One big reason for the failure of the American system to provide a better life for this generation of workers is the decline of unions. In fact, the decline of unions has depressed the wages and benefits even of non-union workers. Popular misconceptions promoted by the billionaires blame wage stagnation on immigration or free trade arrangements. The solid economic studies show that both immigration and open trade frameworks increase economic growth. It is knee-capping the unions that depress wages.

Want to actually make America great again? Join a union and promote unions, just as the Democratic Socialists of America would advise. In the 2.5 decades after the end of WW II, Americans really did get better off in real terms. And at that time, a substantial proportion of the work force was unionized. Pro-Union laws would offset the ability of corporations to union-bust, and would make irrelevant the rightwing Federal court rulings against unions. That is, political participation, running for office, and getting laws passed are just as essential as actually unionizing and striking.

Another problem is that according to the Organisation for Economic Co-operation and Development (OECD), the American educational system is not doing nearly as well in producing educated, skilled workers as other industrialized countries (yes, America, your billionaires are arranging for you to be more ignorant than the Japanese, South Koreans, Canadians, Russians, Norwegians, Irish and Australians, among others.

Teachers are being horribly paid, driving talent out of the education sector. Local funding of schools in the US means that poor neighborhoods have poor schools, reproducing poverty. It is educated people who create wealth by innovating. This is true at all levels. Many organizational and technological advances have been made by educated workers on the shop floor of factories. But they have to be trained to think critically.

In a glimmer of good news, even the Oklahoma Republican Party saw teachers organize to turn out state representatives who have gutted the state education system so as to protect fracking billionaires from taxes.

American workers saw increases in their standard of living in that era when a third of them were unionized and when even the American rich believed in the importance of educating workers. Those are only two of the things that have changed for the worse in Trump’s New Gilded Age.

It is the Democratic Socialists of America who recognize the disease and know the cure. It isn’t the Tea Party or the trickle down crowd or the P T Barnums of Washington, D.C., like Trump, who believe that a sucker is born every minute.

Wochit News: “We Need Unions Now More Than Ever”