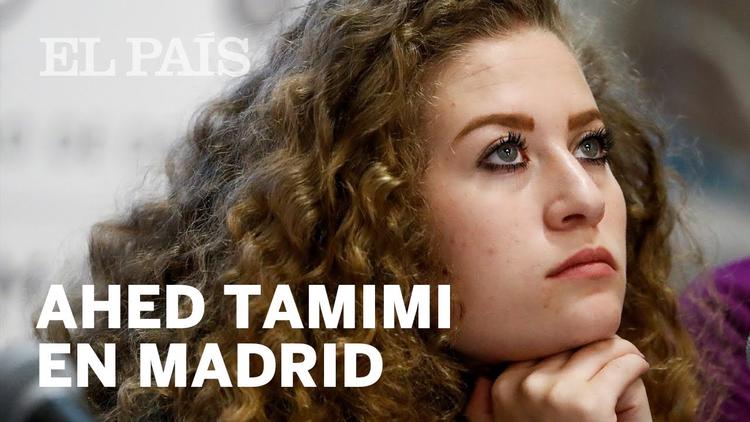 Madrid (AFP) – Real Madrid were criticised by Israeli officials on Saturday after Ahed Tamimi, a teenager associated with Palestinian resistance to the Israeli occupation, was pictured being presented with a club shirt.

The 17-year-old is visiting Spain this week with her family to participate in various social and political events.

According to top Spanish sports daily Marca, she was offered a Real jersey and posed for photos with Emilio Butragueno, the club’s former striker and now director of institutional relations.

However, Real Madrid has not issued any official statement regarding her invitation on its social networks or website. When contacted by AFP, the club declined to comment.

Daniel Kutner, Israel’s ambassador to Spain, wrote on Twitter: “Ahed Tamimi does not fight for peace, she defends violence and terror, the institutions that have received and celebrated her indirectly encourage aggression and not the dialogue and understanding that we need.”

Emmanuel Nahshon, spokesman for the Israeli foreign minister, described the apparent welcome Real Madrid gave Tamimi as “shameful”, describing her as “a terrorist inciting to hatred and violence”.

Tamimi has become a figure of Palestinian resistance since spending eight months in prison for slapping two soldiers from the Israel Defence Forces. She was released in late July.