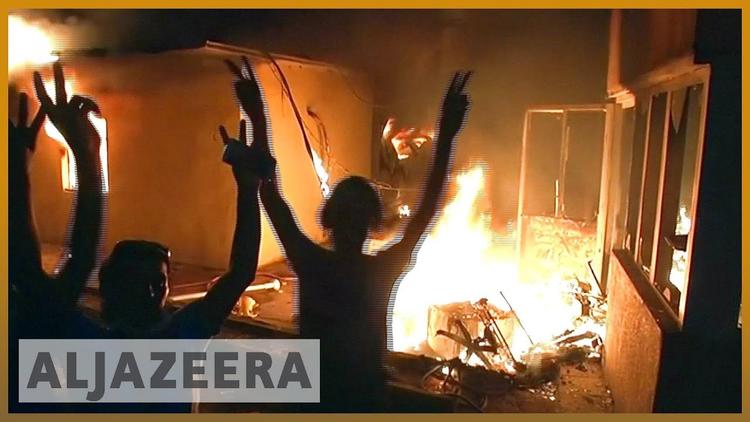 London (Middle East Monitors) – The United States warned Iran on Tuesday it will “respond swiftly and decisively” to any attacks by Tehran’s allies in Iraq that resulted in injury to Americans or damage to US facilities, Reuters reports.

The statement by the White House press secretary accused Iran of not preventing attacks in recent days on the US Consulate in Basra and the American Embassy compound in Baghdad.

“Iran did not act to stop these attacks by its proxies in Iraq, which it has supported with funding, training, and weapons,” the statement said.

“The United States will hold the regime in Tehran accountable for any attack that results in injury to our personnel or damage to United States Government facilities. America will respond swiftly and decisively in defence of American lives,” the statement said.

On Friday, three mortar bombs landed inside Baghdad’s heavily fortified Green Zone, where the US Embassy is located, but they caused no casualties or damage, the Iraqi military said.

The mortar attack was the first such one in several years on the Green Zone, which houses parliament, government buildings and many foreign embassies.

The US Consulate in Basra is near the airport, which was attacked by rockets on Saturday. No damage or casualties were reported.

Protesters in Basra angry over political corruption ransacked and torched Iraqi government buildings last week. The Iranian consulate was set alight by demonstrators shouting condemnation of what many see as Iran’s sway over Iraq’s affairs.

White House @PressSec condemns Iran for not acting to stop attacks on US consulate in the Iraqi city of Basra: "The United States will hold the regime in Tehran accountable for any attack … America will respond swiftly and decisively in defense of American lives." pic.twitter.com/eZNRTQ9NTD