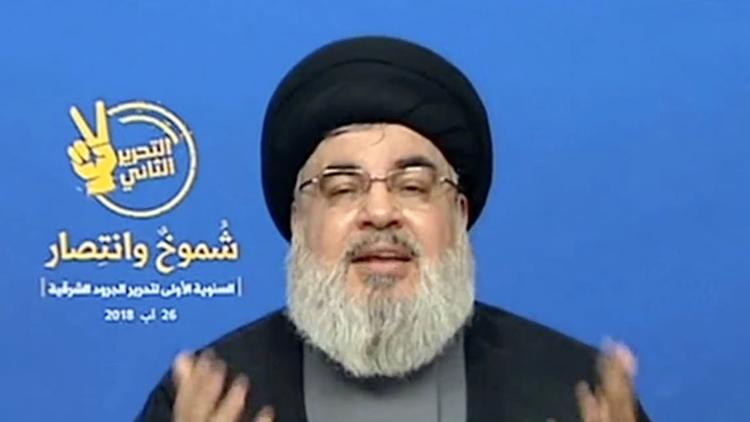 Ann Arbor (Informed Comment) – The annual State Department report on terrorism says that terrorist attacks were down by 23% world wide in 2017. The report attributed this decline in some large part to the defeat of ISIL in Iraq and Syria. (Obviously, they haven’t disappeared there, and pockets continue to offer resistance, but let’s face it, the ‘caliphate’ is a shadow of its former self and the “state” journalists hyped in 2015 that had a ‘9 million’ population is all gone (it was never that big or consolidated).

The problem with the State Department report is that it is highly partisan and ideological, which somewhat undermines its credibility.

One of the biggest flaws is unwillingness to give Iran and Lebanon’s Hizbullah any credit at all for their role in defeating Salafi extremists.

Iran and Shiite militias it backed were crucial to the defeat of ISIL in Iraq, and it seems clear that despite denials, the US military de facto cooperated with them on occasion. Iran’s positive role in helping roll back Salafi extremism and tamp down on terrorism is not mentioned by the report. But if it is true that the partial demise of ISIL is responsible for a fall in terrorist attacks by a quarter, then France, for instance, owes a great debt of gratitude to Iran and Hizbullah and other Shiite militias.

Let us just consider the muddle that is this paragraph:

“In the Levant, Jordan and Lebanon both remained committed Global Coalition to Defeat ISIS partners. Jordanian security forces thwarted several plots and apprehended numerous terrorists in 2017; the Lebanese Armed Forces (LAF) expelled ISIS militants along the Lebanese-Syrian border near Aarsal. Still, several terrorist groups continued to operate in Lebanon throughout the year, most notably Hizballah. The terrorist group remained the most capable terrorist organization in Lebanon, controlling areas across the country.”

For anyone who knows anything about Lebanon, this passage reads as Orwellian.

So the Lebanese Armed Forces are good guys who expelled ISIl from the Lebanese-Syrian border near Arsal. But Hizbullah is a terrorist group spread all around Lebanon.

Let’s back up a little. First of all, it is true that the Lebanese Army played a role in defeating ISIL in eastern Lebanon. But, despite official denials, it is absolutely certain that they had help in this campaign.

So how come the defeat of ISIL around Arsal is credited wholly to the Lebanese army, and Hizbullah’s significant role is written out of history? This is a US government document, but it ought to be reporting the facts, not Mike Pompeo’s flights of fancy.

There is a further problem. Hizbullah is a party with a paramilitary. That party and its allies made major gains in last May’s parliamentary elections, winning 68 seats in the 120-member national legislature. (The allies include Christians). No new government has been formed, but the old one was a government of national unity in which Hizbullah and its allies were very powerful.

Both Hizbullah as a party and Hizbullah’s small paramilitary of some 25,000 are considered “terrorists” in Washington, D.C., though the designation is purely political, pushed by the Israel lobbies. Hizbullah doesn’t routinely kill civilian non-combatants to shape civilian politics, which is the definition of terrorism. Almost all its kinetic action since 2013 has been dedicated to fighting Sunni and Salafi rebels in Syria. This endeavor included battling ISIL and the Nusra Front, an al-Qaeda affiliate.

The report blames Iran for backing Hizbullah (which is apparently what it means by lambasting Iran as the biggest supporter of terrorism, a silly piece of propaganda). But it does not blame Saudi Arabia for having backed the Army of Islam (Jaysh al-Islam) militants in Syria, who were never designated terrorists for political reasons, since they were fighting the government of Bashar al-Assad, whom the US wanted to overthrow. Jaysh al-Islam certainly fit the profile of an extremist terrorist group. Saudi Arabia appears to have directed its attacks on Syrian government buildings, e.g. At one point John Kerry let the cat out of the bag and admitted that the Army of Islam is a terrorist organization supported by the Saudis.

Nor is Israel criticized for giving aid to and supporting Syrian rebels, some of whom appear to have included the Nusra Front, a designated terrorist group and al-Qaeda affiliate.

For more Orwellianism, consider this paragraph:

In Yemen, the ongoing conflict between the Government of Yemen and Houthi forces continued to create a security vacuum for al-Qa’ida in the Arabian Peninsula (AQAP) and ISIS’s Yemen branch to exploit. AQAP used its tribal connections to continue to recruit, conduct attacks, and operate in areas of southern and central Yemen with relative impunity, although counterterrorism operations eliminated key leaders and pressured the group’s networks. AQAP also released several videos reiterating its intent to attack the West. Although significantly smaller than AQAP, ISIS’s Yemen affiliate conducted large-scale attacks targeting security forces and government targets in Aden.

Read between the lines and it becomes clear that the joint Saudi-UAE-led war on Yemen has thrown the country into turmoil and allowed al-Qaeda in the Arabian Peninsula to recruit and attack “with relative impunity.” AQAP was responsible for the underwear bomber over Detroit late in 2009 and has plotted against the US on several occasions. It would be bad for AQAP to have a free hand.

The Saudi and UAE-led war on Yemen has given al-Qaeda in that country a new lease on life. The object of their ire, the Houthi government of north Yemen, has fought al-Qaeda.

In contrast, the Associated Press discovered extensive cooperation between Saudi Arabia/ the UAE and al-Qaeda.

Maybe I am naive in expecting close analysis and clarity in a government document. After all, the State Department reports to Donald J. Trump.

But the US government has to make up its mind who the real enemy is. If it is ISIL and al-Qaeda, then the US needs Iran as an ally.