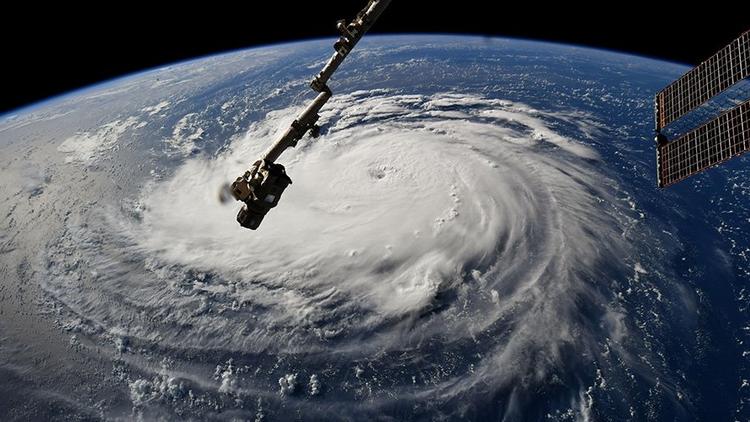 (Watchers.news) – The National Weather Service has issued hurricane and storm surge warnings for portions of the coasts of North and South Carolina on September 11, 2018, as extremely dangerous Hurricane “Florence” continues heading toward the East Coast U.S. Landfall is expected between northern South Carolina and North Carolina’s Outer Banks on September 13. Florence could linger over the Southeast for several days after landfall, leading to catastrophic flash flooding and major river flooding in parts of the Carolinas, Virginia and neighboring states.

Governors of Maryland, Virginia, North Carolina and South Carolina have declared states of emergency ahead of the storm and more than 1.5 million people have already evacuated coastal areas.

While shifts in the track are still possible, storm impacts will expand great distances beyond where landfall occurs and there is a potential for Florence’s forward speed to slow and possibly stall, leading to more than 500 mm (20 inches) of rainfall on some of the already saturated ground which would lead to catastrophic flash flooding and major river flooding in parts of the Carolinas, Virginia and other neighboring states.

If Florence makes landfall as a Category 4 in North Carolina, it would be the strongest storm to come ashore that far north on record.

In general, most of hurricane damage and loss of life occurs not on the coast, but from flooding as the result of heavy rain. In all likelihood, this will be the case with Hurricane Florence as well, according to AccuWeather President and Founder Dr. Joel N. Myers. 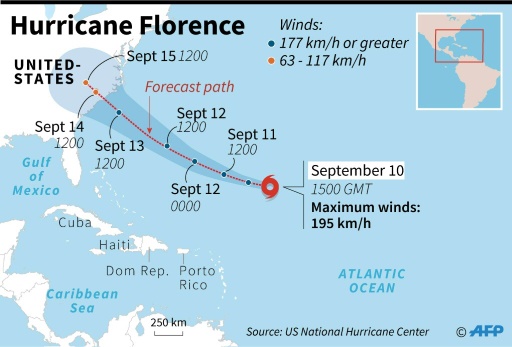 “There could be devastating floods well in from the coast back in the hills and mountains of North Carolina, Virginia and West Virginia,” Myers said.

“There’s never been a storm like Florence,” AccuWeather Vice President of Forecasting and Graphics Operations Marshall Moss said. “It was located father north in the Atlantic than any other storm to ever hit the Carolinas, so what we’re forecasting is unprecedented. Also, most storms coming into the Carolinas tend to move northward, and this storm looks like it’s going to stall over the region and potentially bring tremendous, life-threatening flooding.”

A Hurricane Watch is in effect for Edisto Beach, South Carolina to the North Carolina-Virginia border, Albemarle and Pamlico Sounds. A Hurricane Watch means that hurricane conditions are possible within the watch area. A watch is typically issued 48 hours before the anticipated first occurrence of tropical-storm-force winds, conditions that make outside preparations difficult or dangerous.

Florence will hit the region which received 150 to 300% of its normal rainfall since May.

Interests elsewhere in the southeastern and mid-Atlantic states should monitor the progress of Florence, NHC said, adding that additional watches may be required later today.

The deepest water will occur along the immediate coast in areas of onshore winds, where the surge will be accompanied by large and destructive waves. Surge-related flooding depends on the relative timing of the surge and the tidal cycle, and can vary greatly over short distances. 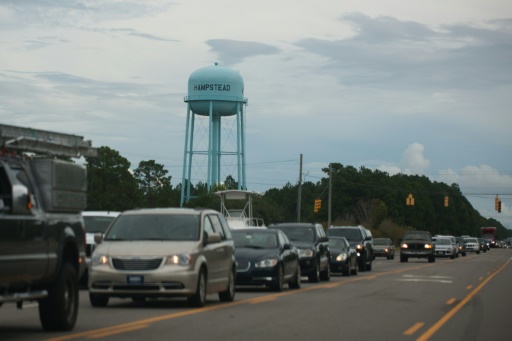 Florence is expected to produce total rainfall accumulations of 381 to 508 mm (15 to 20 inches) with isolated maxima to 762 mm (30 inches) near Florence’s track over portions of North Carolina, Virginia, and northern South Carolina through Saturday, September 15. This rainfall may produce life-threatening flash flooding.

Hurricane conditions are possible within the watch area by late Thursday or Thursday night, September 13, with tropical storm conditions possible by Thursday morning.

Swells generated by Florence are affecting Bermuda and portions of the U.S. East Coast. These swells are likely to cause life-threatening surf and rip current conditions.