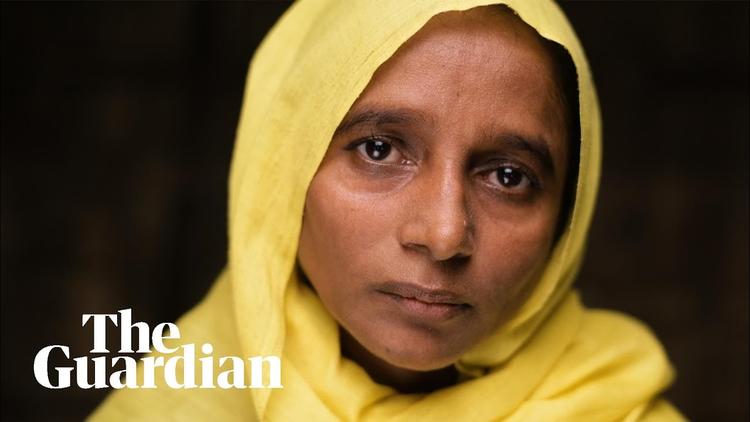 I sneaked into Myanmar on a tourist visa because the military junta running the country made it almost impossible to travel as a journalist. So I thought I was the only foreign reporter in the capital of Yangon in July of 1995.

I was relaxing one morning when BBC TV ran a bulletin that famous opposition leader Daw Aung San Suu Kyi had just been released from house arrest. I scrambled into a taxi and went straight to her house in a wealthy neighborhood of Yangon. I envisioned being the first reporter to interview her. I had the scoop of the century!

When I arrived, however, her front yard was filled with dozens of diplomats and reporters. Most had flown in from Bangkok that morning when the government relaxed visa requirements.

I joined the scrum of reporters asking her questions. Suu Kyi had genuine poplar support as a democracy advocate in this country once called Burma. She stood against the country’s brutal military rulers. She was also a darling of the United States and Britain because of her advocacy of free markets, anti-communism and other pro-western policies.

Most significantly neither Suu Kyi nor her supporters that I interviewed understood the complexities of Myanmar’s 135 officially recognized ethnic groups. Her father had been a leftist and nationalist leader in the fight against British colonialism. That revolutionary nationalism helped free the country. But nationalism of the Buddhist majority applied against ethnic and religious minorities was to take the country in a repressive direction.

Suu Kyi was jailed and released several times until her party, the National League for Democracy (NLD), was allowed to field parliamentary candidates in 2015. The NLD won the election and Suu Kyi became Myanmar’s de facto leader. But she hardly mentioned minority rights.

The generals exercise real power in Myanmar. They claim the Rohingya, who live in the western state of Rakhine, are really Bangladeshis, despite the fact they have lived in Myanmar for centuries. The government denies Rohingyas’ the right to vote or hold elected office, and restricts their access to healthcare, education, and jobs.

In 2016 and then again on August 25, 2017 an armed Rohingya militia attacked police and army posts, killing dozens of security personnel. In the following days the military viciously attacked Rohingya civilians, eventually driving hundreds of thousands out of the country. In numerous documented cases, the military beat, raped and murdered civilians.

Right-wing nationalist Buddhist monks, with government cooperation, incited their followers to attack Rohingya villages, killing some civilians and driving out the rest. So much for the concept that Buddhism is somehow immune from the extremism affecting other major religions.

In August this year a UN report described the military actions as “genocide” and called for an international tribunal to put the generals on trial.

Despite these atrocities, Suu Kyi defends the military’s actions. She also justifies the jailing of two Reuters reporters who exposed the massacres but were convicted on trumped up charges of violating the British colonial era Official Secrets Act. Last month they were sentenced to seven years in prison.

Alice Baillat, research fellow at the French Institute for International and Strategic Affairs now living in Bangladesh, told me Suu Kyi’s political options are constrained by the powerful military. However, “she has not used her moral authority, popularity and power position, however limited, to stem or prevent the unfolding crisis and protect the civilian population.”

Rohingya politics are complicated as well. For two years an armed group called the Arakan Rohingya Salvation Army (ARSA) has been attacking police and military targets in Rakhine state. ARSA’s leader Ata Ullah was born in Pakistan and lived in Saudi Arabia.

The International Crisis Group wrote, “The insurgent group, which refers to itself as Harakah al-Yaqin (Faith Movement), is led by a committee of Rohingya émigrés in Saudi Arabia and is commanded on the ground by Rohingya with international training and experience in modern guerrilla war tactics.”

James M. Dorsey, senior fellow S. Rajaratnam School of International Studies at Singapore’s Nanyang Technological University, told me that as a Sunni Muslim group, ARSA has received political support and some relief supplies from militant groups such as Laskhar-e Taiba in Pakistan.

He noted, however, that ARSA is not a terrorist group such as Al Qaeda or ISIS, nor does it seek to create an Islamic caliphate. But, he warned, continued government repression could push some Rohingya in that direction.

Other ethnic groups in Myanmar have their own armed militias, noted Simon Billenness, executive director of the International Campaign for the Rohingya based in Boston. ARSA, he told me, attacks primarily military targets and doesn’t intentionally kill civilians.

“ARSA has more in common with the ethnic armed forces than it has to any international terrorist group,” he said.

Both Republican and Democratic administrations have wrestled unsuccessfully with Myanmar policy. The country has valuable gemstones and sits in a volatile area bordering China, Bangladesh and Thailand. The last few presidents have tried to break Myanmar’s close economic and political ties with China, and bring it into the US sphere of influence.

The Obama administration lifted economic sanctions after the military gave up some power, even as attacks on Rohingya began. The Trump administration re-imposed sanctions on individual generals and threatened more stringent, unilateral sanctions.

In my opinion, unilateral US sanctions are wrong in principle and unhelpful in practice. Who is Trump to denounce human rights violations against Muslims while denying them entry to the United States and keeping them jailed indefinitely in Guantanamo? US unilateral sanctions, while ostensibly defending human rights, in practice aim at replacing hostile regimes with ones friendly to the US.

“If Donald trump comes out swinging with sanctions, he won’t get a lot of Chinese and Russian support,” said analyst Dorsey. “If there was a multilateral effort to improve immediate living conditions with ASEAN (Association of Southeast Asian Nations) at the core, it could create a tolerable situation.”

The Trump administration should immediately help fund the UN’s requested $951 million to help the Rohingya living in refugee camps. I don’t expect much positive from the dotard Donald, but at least he can help fund refugee relief.

Via The Guardian: “Rohingya refugees on Myanmar’s brutal crackdown: ‘They slaughtered our people'”