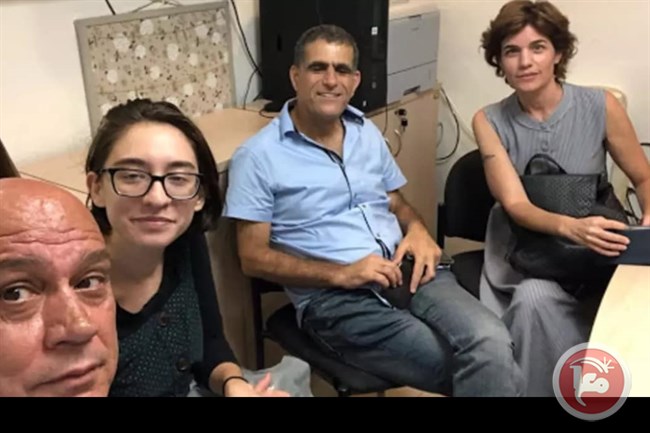 JERUSALEM (Ma’an) — Israel prevented the entry of a 22-year-old American student, who has Palestinian grandfather, earlier this month, and despite her being recently granted a valid visa, she is still detained by Israeli authorities.

Twenty-two-year-old student Lara al-Qassem was granted an A/2 Student Visa for her master’s degree at the Hebrew University by the Israeli consulate in Miami, US, for an entire year.

The Israeli Population, Immigration and Border Authority said that al-Qassem was denied entry “because of boycott activity,” and added that she will remain at the airport until her appeal against the planned deportation is heard.

The boycott activity referred to a period when al-Qassem was studying for her bachelor’s degree and was president of Florida state’s chapter of Students for Justice in Palestine, which had less than 10 members, that promotes boycotts, divestment and sanctions against Israel as a way to battle the occupation.

The Israeli Authority added that the concession of the student visa from the Israeli consulate in Miami was due to “lack of coordination” with other Israeli missions around the world.

In addition, Israel’s Strategic Affairs Ministry said that al-Qassem was a member of an organization known as “National Students for Justice in Palestine,” which supposedly added to the reasons of being rejected entry into Israel.

According to al-Qassem’s lawyer, Yotam Ben Hillel, despite her receiving a valid visa, the official reason was “the prevention of illegal immigration” and “concern for public order.”

Al-Qassem spoke to Hebrew-language news outlets, and said that interviewers inquired about her ethnicity and the names of her father and grandfather.

Israeli Minister of Public Security and Strategic Affairs, Gilad Erdan, posted on his official Twitter account that Israel would reconsider its position regarding al-Qassem’s entry to Israel, if she declares clearly and explicitly that she was wrong in the past, and that she believes today that supporting the boycott of Israel and BDS is a mistake.

Additionally, the ministry denied the request of a group of academics from the Hebrew University, where al-Qassem was to study for her master’s degree, to visit her in the airport’s detention facility.

The Boycott, Divestment, and Sanctions (BDS) movement is a global campaign promoting various forms of boycott against Israel until it meets what the campaign describes as “Israel’s obligations under international law,” which include its withdrawal from the occupied territories, removal of the separation wall in the occupied West Bank, full equality for Arab-Palestinian citizens in Israel, and promotion of the right of return of Palestinian refugees to their homelands, now known as Israel.

Although the BDS movement has been opposed by many Jews around the world, the movement still gained numerous supporters, including celebrities, such as Roger Waters and Stephen Hawking.

In response to the movement, Israel passed a law in 2017 prohibiting the entry of foreigners who call for boycotts on Israel or its illegal settlements. The law truly banned several Americans who planned to visit Israel, including Ariel Elyse Gold, a Jewish American BDS activist and national co-director of CODEPINK, a women’s peace organization.