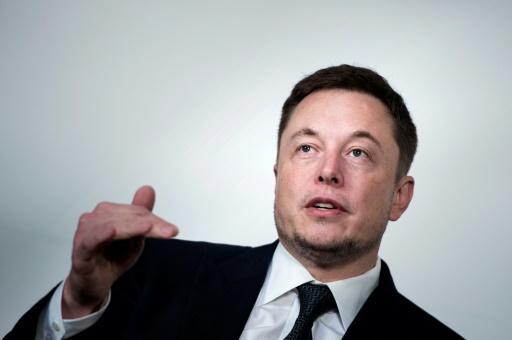 San Francisco (AFP) – Electric car maker Tesla on Wednesday reported an “historic” quarterly profit driven by demand for its mass market Model 3, as the company looks beyond its US home base to Europe and China.

Tesla chief executive Elon Musk said he expects the company to stay profitable from this point forward, and appeared to calm fears about his behavior, company debt, and snags ramping up production line efficiency.

Musk said he expected Tesla to make even more Model 3 vehicles in the current quarter, and to begin delivering the cars in Europe and China early next year.

“I am incredibly excited about what lies ahead,” Musk said in an earnings call with analysts.

Tesla said net income reached $311.5 million on revenue that more than doubled year-on-year to $6.8 billion in the quarter that ended September 30.

The earnings beat Wall Street expectations that Tesla would take in less money in the quarter and log another loss.

Shares in the company leapt 9.8 percent to $316.80 in after-market trades that followed release of the earnings figures for its fiscal third quarter. 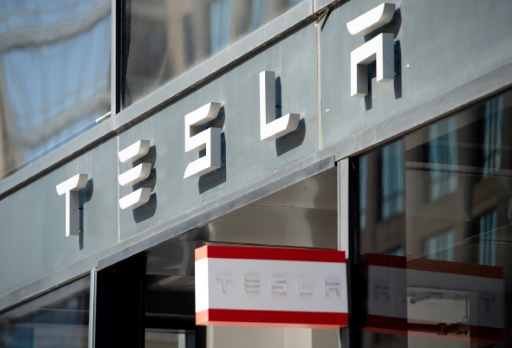 For the same period a year ago the company reported a loss of $619 million.

“Q3 2018 was a truly historic quarter for Tesla,” said the flamboyant Musk, who also heads SpaceX.

Tesla’s assembly line produced an average of 4,300 cars weekly in the quarter, nearing a goal set a while back by Musk.

Tesla has also improved efficiency, ramping up the gross margin on Model 3 vehicles to more than 20 percent, according to Musk.

He expressed confidence that Tesla would remain profitable, despite using cash to pay off notes.

“Model 3 is attracting customers of both premium and non-premium brands, making it a truly mainstream product,” Musk said, adding that the company’s “earnings profile has flipped dramatically.”

The vast majority of cars traded in by Model 3 buyers are non-premium models priced new at less than $35,000.

“For many people, it is the most expensive car they ever bought,” Musk said.

“They are demonstrating they are willing to spend more money for a Tesla.”

“That is our goal, and that is what we are pushing very hard to achieve.”

Tesla is also hard at work on a computer chip that will dramatically increase self-driving capabilities in its cars.

Musk envisioned a day when Tesla owners would be able to make their autonomous cars part of a ride-sharing fleet run by the company.

“I know for sure Tesla will operate its own ride-hailing service,” Musk said.

“It will compete directly with Uber and Lyft obviously, and have ability for customers to add or subtract cars to the fleet at will.”

Tesla would likely take a percentage of revenue brought in by people’s cars in the ride-share fleet, according to Musk.

He assured analysts that Tesla was not starving new vehicle development to feed profitability.

Tesla has made significant progress on a Model Y, with a prototype set for production, and is continuing to develop an electric semi truck as well as a new roadster model, according to Musk.

Tesla executives expect to begin delivering Model 3 cars in Europe in the first quarter of next year, and in China by the second quarter.

Production will initially take place in California, but Tesla is “moving rapidly” to get production going in China and wants to have that going next year, according to Musk.

“We will also have a factory in Europe long term, because it is pretty silly to make cars in California and ship them to Europe,” Musk said.

Tesla shares got a boost earlier this week when a high-profile stock short-seller shifted gears to say the electric car maker is “destroying the competition.”

Tesla is at something of a turning point.

It has been accelerating production of its Model 3, yet the company remains burdened by billions in debt.