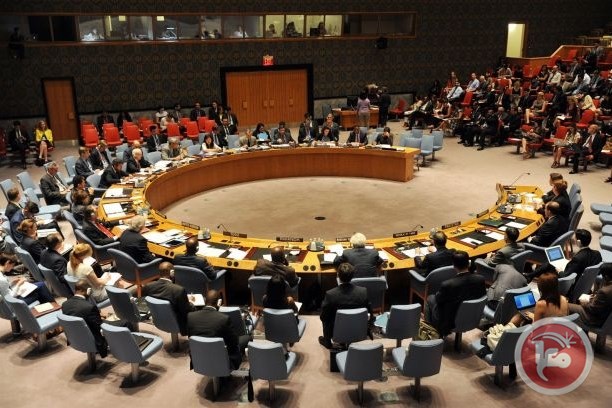 BETHLEHEM (Ma’an) — Palestine’s permanent representative to the United Nations, Riyad Mansour, hailed as “a new victory” the UN General Assembly vote in favor of a resolution granting the State of Palestine additional powers to be able to assume the chairmanship of the Group of 77 and China, on Wednesday.

The UNGA voted in favor of a resolution, which grants Palestine additional powers, in order to be able to assume the chairmanship of the Group of 77 and China, with 146 votes in favor, three opposed, Israel, the United States and Australia, and 15 abstentions.

Mansour spoke to the official Voice of Palestine radio that the “UNGA vote confirms the international community’s confidence in the State of Palestine and its ability to lead 134 countries and negotiate about 70% of the UN agenda issues that are of concern to humanity in general and to help developing countries develop their economy.”

Mansour pointed out that an open session will be held on Thursday in the UN Security Council to discuss the political situation and that the member states will express the international consensus for an end to the Israeli occupation and for support of the two-state solution and that East Jerusalem is the capital of the state of Palestine and that it is an occupied land.

The open session will also stress support for the United Nations Relief and Works Agency for Palestine Refugees (UNRWA) and the current refugee issue.

Al-Malki said “Palestine would work very hard to unite world efforts as well as regional and international groups to serve humanity, thus contributing to the reduction of all negative phenomena that impede the rights of peoples and deprive them and their countries of progress and growth.”

He stressed that the Palestine, as the next Chair of the Group of 77 and China, “considers that the international consensus on granting it confidence and voting in favor of raising its status at the UN to serve the interest of the Group of 77 is a challenge that will be turned into opportunities for the benefit of the members of the Group and the world.”

Text and photo via