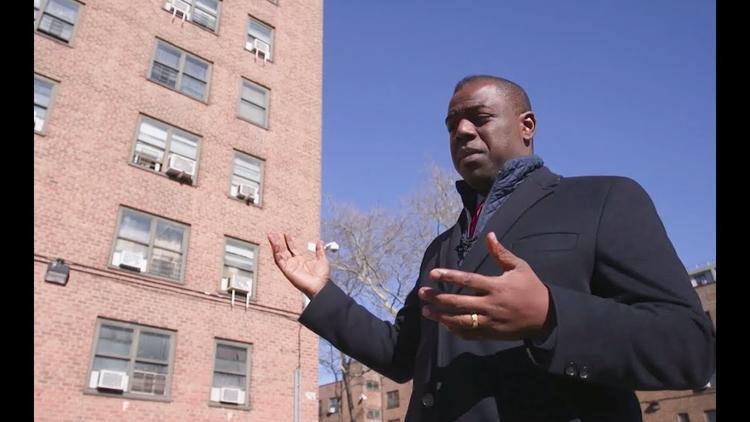 (Inequality.org) – Two meticulously sourced — and deeply disturbing — warnings about our shared global future have appeared over the past week. One has terrified much of the world. The other hasn’t, not yet at least, but most certainly should.

You’ve most likely already encountered the first of these warnings, a grim report from the United Nations Intergovernmental Panel on Climate Change, a broad and distinguished panel of the world’s top climate scientists. They’re advising us that the level of global warming that governments once saw as “safe” would, if ever reached, trigger catastrophic dangers.

Humanity has, the scientists tell us, about a dozen years to get our environmental act together. Or else . . .

The second warning came from researchers at Oxfam, the global anti-poverty charity that has emerged as a top critic of our world’s increasingly concentrated income and wealth. Oxfam and the nonprofit Development Finance International have been working over recent years to develop an index that tracks how well the world’s nations are moving “to tackle the gap between rich and poor.”

Oxfam released what amounted to a “beta” version of this index last year. The just-released second version, entitled The Commitment to Reducing Inequality Index 2018, offers us a considerably clearer picture of what nations are and aren’t doing to make our world more equal.

The bottom line of the new Oxfam analysis: Nations aren’t doing nearly enough. Oxfam’s researchers examined the records of 157 nations. Of these 157, 112 “are doing less than half of what the best performers are managing to do.”

And even those “top performers,” Oxfam emphasizes, aren’t doing “particularly well.” In Oxfam’s top-ranked Denmark, for instance, inequality has increased by 20 percent since 2005.

The link to climate disruption

Oxfam’s findings haven’t made much of a worldwide ripple. The shocking warnings implicit in the UN group’s update on our impending climate catastrophe have garnered far more of the world’s attention, and we probably could have predicted that outcome. We’re living, after all, in a burning house. Who has time to argue about who gets the biggest rooms?

But — in this case — we have to find that time. We’ll never put out the fire, we’ll never forge a sustainable future, until we confront the concentration of our world’s wealth and power.

To be a bit more blunt: Either we become a far more equal world or we have no future.

And just why does inequality pose such a threat to the more sustainable future we so need to fashion?

But many of our world’s wealthiest look at those fossil fuels and see no danger. They see the present and future source of their personal wealth. A significant chunk of the world’s billionaires owe

If we let that wealth and power continue to concentrate, fossil fuels will continue to burn.

In a deeply unequal world, in societies where the rich have far too much and the poor far too little, we face still another difficult environmental danger — from the other end of the economic spectrum. Grand private concentrations of wealth pressure the poor to engage in behaviors that despoil our natural world.

In some developing nations, as analyst Tom Athanasiou has noted, the wealthiest 2 percent of the population owns over 60 percent of available arable land. Should we be surprised when the dispossessed in outrageously unequal nations like these migrate into fragile environments, slashing and burning their way through rain forests and turning marginal range lands into deserts?

But rising inequality has an environmental impact that goes far beyond the political power of the rich and the desperation of the poor. Rising inequality conditions those of us between rich and poor into consumption patterns that strain our earth’s capacity to absorb our wastes. Our normal daily lives, explains environmental analyst and activist Bill McKibben, are overwhelming our planet.

Our planet, as environmental economist Herman Daly stresses, cannot sustain these insults forever. We can only shove so much economic activity through our Earth’s ecosystems before they break down. If we keep increasing our “throughput” — the sum total of energy and materials we drive through the human economy, everything we make and throw away, and all the energy we expend doing the making and tossing — we make that breakdown, at some point, inevitable.

What drives this ever-increasing “throughput,” this hunger for more and more “things”? Not some innate human quality. Growing inequality drives this waste.

How so? In more equal societies, societies where most everyone can afford the same sorts of things, things tend not to matter particularly much. In societies growing more unequal, by contrast, things quickly become markers of social status. Only the “winners” can afford the best things, the most things.

Few of us feel comfortable having others see ourselves as “losers.” So we feel under constant pressure to get more things, better things. We keep stomping ever larger environmental footprints.

And the super rich with their yachts and private jets and multiple mansions stomp the biggest footprints of them all. Our world will never become sustainable, we need to better understand, as long as they keep stomping.

Thirteen: “One of the Poorest Neighborhoods in Brooklyn Is Retrofitted With Green Energy Solutions”

Sam Pizzigati co-edits Inequality.org. His latest books include The Case for a Maximum Wage and The Rich Don’t Always Win: The Forgotten Triumph over Plutocracy that Created the American Middle Class, 1900-1970. Follow him at @Too_Much_Online