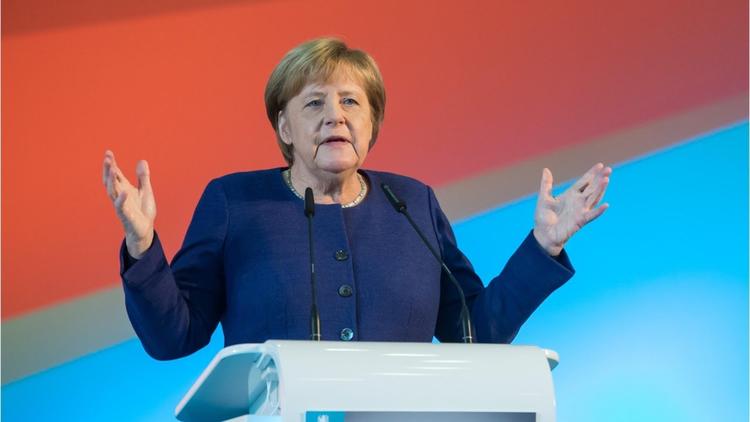 Ann Arbor (Informed Comment) – German Chancellor Angela Merkel said on Sunday that Germany would put arms sales to Saudi Arabia on hold in light of the murder in the Saudi consulate in Istanbul of dissident journalist Jamal Khashoggi. She said that they “could not take place in our current circumstances.”

Meanwhile, foreign investors sold $1 billion worth of Saudi stock in the past week, as investors question the kingdom’s stability with a mad prince at the helm who keeps a bone cutter by his bed.

Socialist Party figure Heiko Maas, who is in Merkel’s coalition government, had already called for an end to arms to the kingdom. The SPD head, Andrea Nahles gave an interview in which she said, “After such an incredible process, the relationship with Saudi Arabia is fundamentally put to the test”.

Likewise, the Green Party and the Left called for an immediate and permanent halt to arms exports to Saudi Arabia. The kingdom has outstanding contracts for German armaments worth 416.4 million euros and is Germany’s second largest arms export market this year after Algeria.

There has already been a struggle in German politics over selling arms to Saudi Arabia while it is pursuing its destructive air war on Yemen. Last January, Germany said it would halt arms sales to belligerents in the Yemen War. But thereafter it said it would allow existing contracts to go forward. Still, some arms exporters have not been able more recently to get German export licenses.

Britain has the most to lose if a movement to boycott Saudi Arabia on arms sales grows, since 48% of its arms are sold to the kingdom.

The chair of the Foreign Affairs Committee in parliament, Norbert Röttgen of Merkel’s Christian Democratic Union, went so far as to wonder whether Germany should not expel the Saudi ambassador until the situation is clarified.

Röttgen also said that the murder was a test for the moral leadership of the United States and that Europe must press President Trump on this matter. (Good luck, Norbert). He added, “The policy of President Trump in the Middle East, of relying entirely on Saudi Arabia to isolate Iran, may have encouraged the Saudi Crown Prince to believe that there are no limits at all for him.”

Apparently German politicians don’t watch American cable news much, or they wouldn’t be speaking with a straight face about *Trump* having an opportunity here to show global moral leadership!

How loudly does he have to say it? Trmp doesn’t *have* any morals and is just out for number one, and he doesn’t like Europe or Europeans because he thinks they are moochers and while the Saudi prince may be a Middle Eastern version of Hannibal Lector, at least he is a big spender in American markets.

Die Zeit, however, wonders if this talk in Germany of halting arms sales is mostly just that–talk. Many such sales are handled by private businesses on a European-wide basis so that the arms from Germany actually go to Riyadh via Paris or London. For German firms to cancel these contracts with European partners would be extremely costly, exposing them to lawsuits.