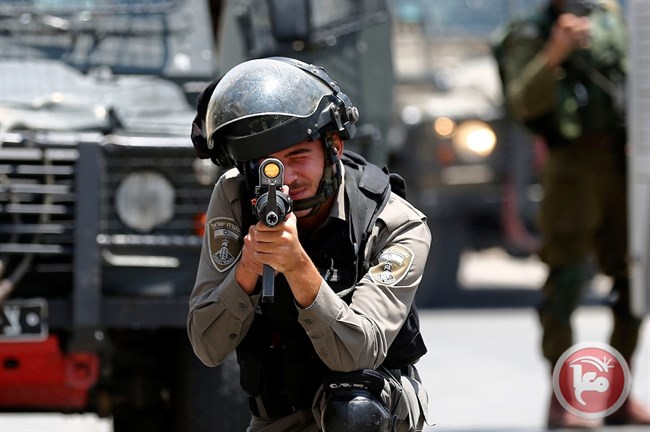 BETHLEHEM (Ma’an) — The Israeli army continues killing unarmed Palestinian civilian protesters with snipers and live ammunition in the besieged Gaza Strip, with the approval of Israel’s Supreme Court, according to Adalah, the Legal Center for Arab Minority Rights in Israel.

More than 18 years since October 2000, when the Israeli police killed 13 unarmed Palestinian protesters in Israel and since the findings of the Or Commission of Inquiry, that was nominated by the Israeli government to investigate the events, concluded that “It should be unequivocally clear that live fire, including by snipers, is not a means for the police to disperse crowds.”

Adalah said that this past Friday, Israeli forces killed seven Palestinians, including two children aged 12 and 14, and injured at least 257 others in Gaza, of whom 163 were shot with Israeli live ammunition.

Adalah released a statement demanding Israel to immediately halt to the shooting of civilian protesters with live ammunition and to allow Palestinians to exercise their right to protest and to freedom of political expression.

Adalah along with the families of the 13 killed civilians continue to demand that those responsible for the crimes of October 2000 be prosecuted.

Adalah said “Eighteen years have passed and despite the clear recommendations of the Or Commission, the Israeli armed forces have not changed their practices but continue to use excessive force and fire live ammunition at unarmed Palestinians in contradiction of both Israeli and international law, this time at protesters in Gaza.”

Since the start of “The Great March of Return” protests in Gaza on 30 March, “Israeli troops have killed 151 people – including 30 children, one woman, two journalists, three paramedics, and three persons with disabilities, according to figures from Al Mezan Center for Human Rights. Israeli troops also wounded 10,234 persons, including 5,814 – among them 939 children and 114 women – with live fire.”

Additionally, in April, Adalah and Al Mezan Center for Human Rights, petitioned the Israeli Supreme Court to order the Israeli military to immediately halt its use of snipers and other live weapons against unarmed protesters.

The petition emphasized the absolute ban on opening fire on demonstrators with live ammunition and noted that the norms applicable to confronting civilian demonstrations are based in international law governing “law enforcement and order.” These same norms have also been adopted into Israeli law, including via Or Commission report.

“These universal norms apply equally and without discrimination to citizens and non-citizens alike, regardless of the content of the protest, their slogans, their location, their organizational affiliation, and the ethnic and national affiliation of the participants.”

The Israeli Supreme Court rejected the petition by Adalah and Al Mezan, who responded by saying “This ruling, which justifies the shooting of protesters, contradicts the conclusions and preliminary results of international human rights organizations and United Nations bodies documenting and evaluating the events in Gaza. The Supreme Court’s ruling gives full legitimacy to the illegal actions of the Israeli military, which has led to the killing of more than 100 people and the wounding of thousands of protesters, including women, children, journalists, and paramedics. Of those killed, 94 percent were shot by Israeli troops in the upper body.”

The casualties figures mentioned above were from May 25th 2018.

The statement added that the center “will continue to defend Palestinians’ right to protest, to support the struggle against racism and occupation, and to demand accountability for the victims of these gross human rights violations.”

Adalah also urged the international community to take strong measures to ensure respect for international law, to provide protection for demonstrators and all civilians in Gaza, and to support the work of the independent UN Commission of Inquiry into the 2018 Protests in the Occupied Palestinian Territory.