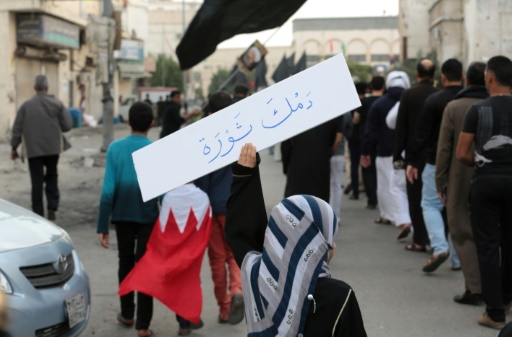 Dubai (AFP) – Amnesty International said on Wednesday it feared 12 minority Shiites in Saudi Arabia faced “imminent” execution after their cases were transferred to a powerful security body that reports directly to the king.

The men, sentenced to death in a mass trial in 2016 after being convicted of spying for regional rival Iran, have been handed over to the “Presidency of State Security”, which was set up last year by combining all counterterrorism and domestic intelligence services.

“The families of the men are terrified by this development and the lack of information provided to them on the status of the cases of their loved ones,” said Heba Morayef, Amnesty’s Middle East and North Africa director.

“Given the secrecy surrounding Saudi Arabia’s judicial proceedings, we fear that this development signals the imminent execution of the 12 men.”

Morayef added that the men were sentenced to death after a “grossly unfair mass trial”.

Saudi officials did not immediately respond to requests for comment.

Shiite protesters have periodically staged demonstrations in the kingdom’s eastern region, complaining of discrimination by the Sunni-dominated government, a charge the authorities deny.

The Shiite community is estimated to make up between 10 and 15 percent of the kingdom’s population of 32 million, but the government has released no official statistics.

The ultra-conservative kingdom has one of the world’s highest rates of execution, with suspects convicted of terrorism, homicide, rape, armed robbery and drug trafficking facing the death penalty.

The government says the death penalty is an effective deterrent against serious crime.

On Monday, the kingdom’s rights record came under strong criticism at the UN Human Rights Council in Geneva following the murder of journalist Jamal Khashoggi in its consulate in Istanbul on October 2.

Human rights groups have repeatedly raised concerns about the fairness of trials in the kingdom, an absolute monarchy governed under a strict form of Islamic law.