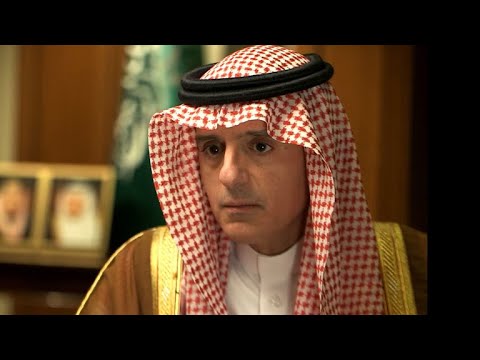 US President Donald Trump has ratchet up his dispute with his own intelligence community by dismissing their conclusion of the killing of Saudi journalist Jamal Khasgoggi saying that it was based on “feelings”.

Fielding questions from reporters at his at his Florida estate, Mar-a-Lago, where he is spending his Thanksgiving holiday, Trump doubled down on previous comments he made about the CIA’s conclusion that the Crown Prince Mohammed Bin Salman known also known as MBS, ordered the killing of Khashoggi.

The CIA is believed to hold key intelligence including interception of phone conversation of the Crown Prince related to Khashoggi. The spy agency also says that such an operation would have needed the approval of MBS, the kingdom’s de facto leader.

“They have feelings certain ways. I have the report … they have not concluded, I don’t know if anyone’s going to be able to conclude the crown prince did it.”

The nonchalant manner in which Trump has dismissed his own intelligence community to cover up a political crime has been a cause of dismay. One critic, writing in the Financial Times, has said: “It demeans America’s leadership and encourages the worst behavior of autocrats is irrelevant detail.”

The details of the intelligence in possession of the CIA is likely to be a continuous source of tension between Trump and his intelligence community. A report by the Turkish daily Hurriet has said that information held by the CIA may be the “smoking gun” tying MBS to the murder of Khashoggi.

Wire tapped information held by the CIA is said to indicate that MBS was in communication with his brother, Khaled Bin Salman, Saudi Arabia’s ambassador to the United States, about silencing Khashoggi “as soon as possible”.

Two Saudi officials are also said to be heard discussing the “discomfort” created by Khashoggi’s public criticism of the kingdom’s administration.

The dismay over Trump’s strong backing of the Saudis has prompted members of Congress to respond sternly. Earlier this week they adopted legal measures to force Trump into taking a harder line against Riyadh.