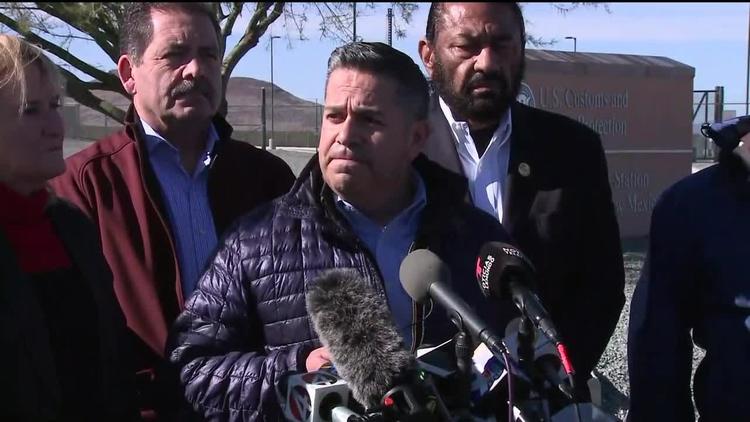 Washington, United States | AFP | – The US lawmaker who led a delegation to New Mexico Tuesday to look into the death of a seven-year-old Guatemalan girl in US Border Patrol custody blamed the tragedy on glaring systematic failures.

Jakelin Caal died last week in hospital in El Paso, Texas, after being arrested with her father and others crossing from Mexico December 6. Together they had traveled more than 3,000 kilometers from their hometown of Raxruha, Guatemala.

“We learned today that (there was) some very disturbing systematic failure in how the young girl’s condition was handled,” Joaquin Castro, a Texas congressman and incoming chair of the Hispanic Caucus, told reporters on the border Tuesday in Lordsburg, New Mexico.

“The issue started when (CBP) violated the law and did not notify Congress within 24 hours that Jakelin had died in their custody,” Castro said.

“During the 94 miles by bus where she started to present serious symptoms of medical and body failure, there was nobody onboard that could offer any kind of medical help to her,” he added.

Caal had reportedly had not eaten or consumed water for several days, the CBP told The Washington Post, which reported she began having seizures more than eight hours after being detained.

Emergency responders had measured the girl’s body temperature at 105.7 degrees Fahrenheit (41 degrees Celsius), the Post said. She died after being flown to hospital.

President Donald Trump has made hardline immigration policies a central plank of his presidency, drawing fire from critics who accuse him of demonizing migrants for political gain.

Much attention has been focused on caravans of thousands of Central Americans who have made their way to Tijuana, Mexico, just south from San Diego, California in a challenge to Trump, who criticized them as posing an “invasion.”

But migrants fleeing poverty and gang violence also continue to cross over in New Mexico, Texas and Arizona after enduring dangerous treks through Mexico.