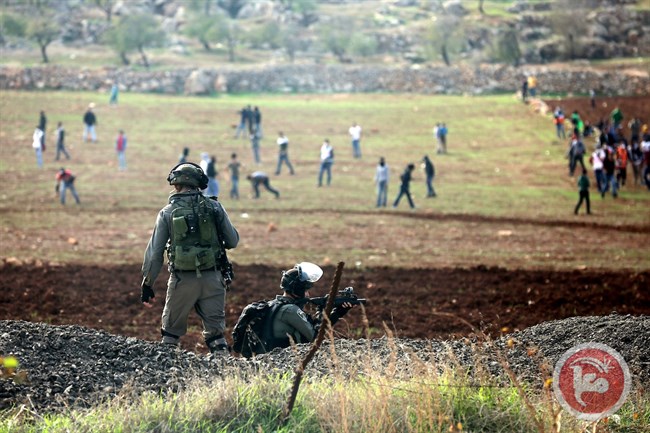 RAMALLAH (Ma’an) — A total of 24 Palestinians have died and 232 others were injured in the month of November from Israeli army-related attacks, according to a report, on Monday.The International Relations Department in the Palestinian Liberation Organization (PLO) reported that 21 Palestinians have died in the besieged Gaza Strip and three in the occupied West Bank.

The report said Israeli forces shot and killed seven Palestinians during an army operation in Khan Younis, in southern Gaza, while another eight were killed during Israeli airstrikes that lasted for three days over the Strip.The rest succumbed to injuries sustained during protests along the Gaza border with Israel, where most of the injuries were sustained either from live ammunition or tear-gas inhalation.The report continued, in the West Bank, three Palestinians were shot dead by Israeli forces in alleged stabbing or car-ramming attacks.

The report also said that the Israeli army detained more than 260 Palestinians in November, mostly minors.The report mentioned that among those detained were the Palestinian governor of Jerusalem, Adnan Ghaith, and many Fatah movement activists in Jerusalem, who were later released after being placed under house arrest for several days, posting bail and being banned entry to the West Bank.

Israeli authorities also demolished dozens of Palestinian buildings, including 16 shops and a four-storey building with 12 apartments in Shufat refugee camp in East Jerusalem, in addition to several other buildings and Palestinian-owned structures in East Jerusalem neighborhoods and in Area C of the West Bank.In addition, Israeli settlers uprooted and cut down a number of trees in the West Bank, mainly olive trees, a main source of livelihood for Palestinians, in Novemberas the Israeli army ordered farmers to uproot 260 olive trees in the village of Bardala, in the northern Jordan Valley, and seized 500 palm trees in Jericho.