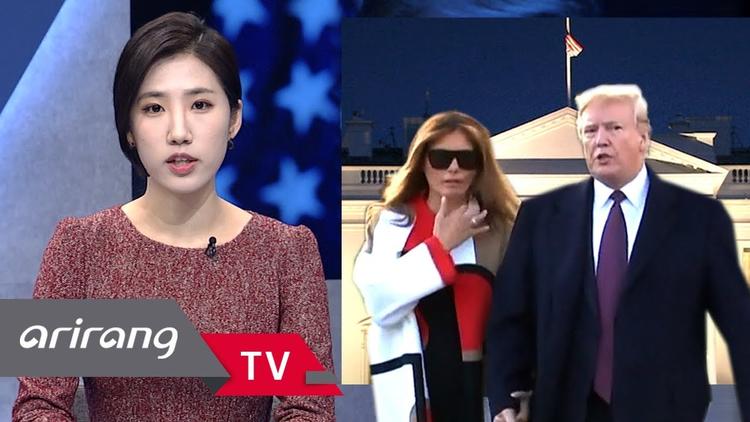 Let me just say a few things about the interview I gave at Arirang a couple of weeks ago, embedded below. I argue that Trump is becoming increasingly impatient with being held back by the Washington Establishment, and that he has gradually shed everyone who could curb his impetuous decision-making. His National Security Adviser, H. R. McMaster is gone, and replaced by the irascible John Bolton, with whom Trump has nothing in common. (Bolton was pressed on Trump by Newt Gingrich, who is not exactly an administration insider, and perhaps by big-money campaign donors like Sheldon Adelson who want someone on the inside to make the case for going after Iran.) McMaster had been a general, and Trump couldn’t overrule him as easily as he does Bolton, who I think may not be in that position very many more Scaramuccis.

Trump has now divested himself of Jim Mattis, the steady hand at the Pentagon, and John Kelly, who tried to keep random staffers with cult-like agendas from just wandering into the Oval Office to light fires under Trump over crackpot issues.

Trump increasingly is able to dominate his acting cabinet secretaries and his firing of Sessions and his pushing out Mattis have probably made the remaining members of the cabinet more reluctant to stand up to him, given that most of them seem to be grifters who are making or have the prospect of making big bucks from their current jobs, so why would they risk them for nothing? (It is not as if they really would be able to change Trump’s mind about much).

So I expect moves like the Syria withdrawal to become more frequent. Trump’s new doctrine with 2020 nearing is “Let Trump be Trump.” He may well get out of Afghanistan this year, which would be, as I say in the interview, a geopolitical earthquake. It would create a power vacuum. Would Kabul fall shortly thereafter tot he Taliban? Will India, Pakistan, Russia and Iran vie to succeed the US in making Afghanistan their sphere of interest?

Will Trump try to reverse sanctions on Russia over Moscow’s annexation of Crimea and its dirty war in eastern Ukraine? It is already coming out that he has hidden or destroyed minutes of some of his meetings with Russian president Vladimir Putin, keeping them from his own cabinet. With the adults in the room departed, will his obsequiousness to Putin grow even more blatant?

He promised his base less spending on foreign boondoggles and better relations with Russia and he has not delivered on either pledge. He may feel he has to start fulfilling some of his longstanding promises if he is to remain viable.

His government shutdown is part of this acceleration of Trump’s impetuousness and assertiveness. No Republican leader would sincerely advise him to stage a shutdown, but Trump thinks he can be seen twisting the arms of the congressional Democrats to get funding for his wall. Never mind that most Americans don’t want it. He thinks his followers do, and you can’t run for president if you can’t even bring your own main constituency to the table.

Juan Cole comments on President Trump’s ‘America First’ policies, which drove the global economy into chaos last year and caused a stir in the international community. This is why the world is paying close attention to the direction of the Trump administration’s foreign policy this year. The U.S. created some tension with its allies by announcing the withdrawal of U.S. troops from Syria and by saying he will increase the cost of defense shared by its allies. What’s more, the sudden resignation of Mattis is expected to change the direction of U.S. foreign policy in 2019. Against this backdrop, President Trump is continuously pursuing denuclearization talks with North Korea with patience. On this week’s [The Point: World Affairs], we discuss the significance the Trump administration’s foreign policy towards North Korea in 2019 and the progressing relationship between the two countries.