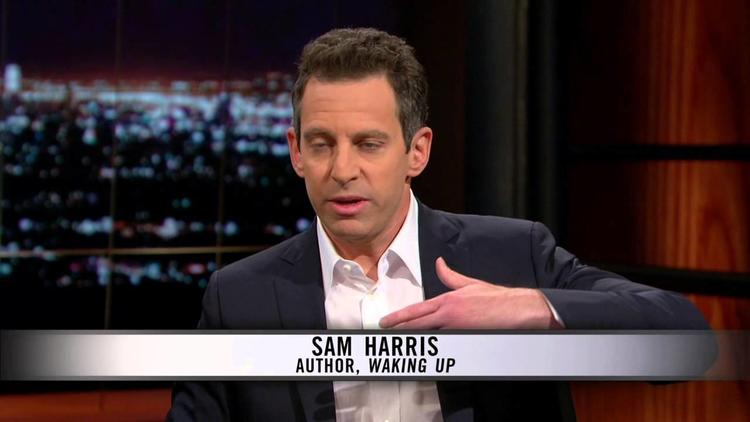 ( Mizan) – On the October 3, 2014 episode of the HBO talk show Real Time with Bill Maher, the panel included New York Times bestselling author (and key figure in the New Atheism movement) Sam Harris; actor/filmmaker Ben Affleck; Pulitzer Prize-winning journalist Nicholas Kristof; and former chairperson of the Republican National Committee Michael Steele. During the panel’s discussion, both Bill Maher and Sam Harris asserted that Islam fundamentally clashes with liberal principles, yet liberals in the U.S. fail to point this out because of their commitment to political correctness. The only solution to this problem, Maher and Harris argued, was for the West to throw support behind “nominal Muslims”—Muslims in name only, not in practice—in the hopes of effecting reform. The other panelists challenged these comments, and the episode soon went viral, prompting yet another cycle of op-eds and news coverage in which Islam’s diversity—or lack thereof—was debated.

While a number of years have passed since this infamous episode, it offers important insight into how Muslims are conceptualized within some segments of the American left, and highlights that Islamophobia is not a problem unique to the political right. To simply write off Maher and Harris’s comments as Islamophobic or blanket generalizations misses the nuance and complexity that makes such repugnant statements resilient. Maher and Harris present liberalism as promoting individual rights, equality, and pluralism—principles, they insist, that are opposed by Islam, and hence all or most Muslims. Rather than arguing that it is Maher and Harris who are actually being illiberal, we must recognize that their arguments are, in fact, entirely consistent with Western liberalism, its checkered history, and its internal contradictions.

The Debate on Real Time with Bill Maher

Liberals need to stand up for liberal principles […] like freedom of speech, freedom to practice any religion you want without fear of violence, freedom to leave a religion, equality for women, equality for minorities including homosexuals. These are liberal principles that liberals applaud for, but then when you say “in the Muslim world, this is what’s lacking,” then they get upset.

Sam Harris chimes in, agreeing and stating that liberals have “failed on the topic of theocracy” because they do not want to criticize the failure of liberal principles within the Muslim world. Any criticism of Islam, he argues, gets conflated with criticism of Muslim people and unproductively labeled as Islamophobia. Ben Affleck, clearly offended by their line of thinking, asks if they are questioning whether Islamophobia is a real thing. Bill Maher replies, “Well, it’s not a real thing when we do it.” The audience laughs at this seemingly facetious response, but a serious Maher repeats, “It really isn’t.” Harris acknowledges that some people are bigoted against Muslims but argues that he and Maher are simply making the point that bad ideas should be subject to criticism—and that “Islam at this moment is the mother lode of bad ideas.”

The discussion becomes heated as Affleck decries their argument as racist and offensive. Nicholas Kristof points out that the image Maher and Harris are painting is “hugely incomplete”; that ISIS might fit that profile, but not those Muslims who fight for liberal principles like Muhammad Ali and Malala Yousefzai. Affleck interjects, “Or how about the over a billion people who aren’t fanatical, who don’t punch women, who just want to go to school, have some sandwiches, pray five times a day and don’t do any of the things that you’re saying?” Michael Steele agrees with Kristof and states that voices challenging extremists do not get heard or receive the same platform as extremists. Maher retorts that Muslims are too scared to speak out because they will be killed “if you say the wrong thing, draw the wrong picture, or write the wrong book.” Throughout the discussion, both Maher and Harris insist that while only a minority of Muslims are violent extremists, the majority hold extremist views that are in opposition to liberal principles.

The Limits of Liberalism

On the one hand, there was nothing surprising about the discussion. As is common in conversations about Islam in the United States, Islam figured throughout the discussion as a foreign religion that has not played a significant role in American culture or history (aside from Nicholas Kristof’s passing reference to Muhammad Ali). All too familiar, too, were the invocations of women’s rights and LGBT rights as the purported litmus tests of Western liberalism—invocations that, as usual, elided any opposition to or ambivalence regarding such rights within the U.S. In addition, Islam is discussed as if there are no debates or internal disagreements within it, and as if Western interference—in this case propping up “nominal” Muslims—is necessary to bring about social change within Islam. These are common themes that several scholars and civil rights groups have identified in news media and dominant discourses that produce and justify anti-Muslim racism.

On the other hand, it has been the consistent recurrence of this approach to Islam over multiple episodes of Real Time with Bill Maher—a show (and host) generally considered “progressive,” if not explicitly left-leaning—that has struck many people as surprising, and which fueled this particular episode’s viral popularity. For many on the political left, Islamophobia is understood as something based in hatred and ignorance and perpetrated solely by those on the political right. Frequently cited examples include laws like the PATRIOT Act and “Muslim ban,” the emergence of an “Islamophobia industry,” and hate crimes against Muslims and mosques.1 Among right-wing commentators, the very notion of Islamophobia is often derided as a politically correct way to shut down legitimate criticism of Islam, disabling rational efforts to confront real problems like terrorism. What was so notable about Maher’s arguments was their resonance with this logic and their identical denial of any kind of bias or racism.

When it comes to the subject of Islam, however, it is not unusual to find ideological convergence between the political left and right. Steven Salaita in The Uncultured Wars has written extensively on how the left promotes anti-Muslim racism, revealing that such ideologies are not unique to the right.2 Arun Kundani in his essay, “Multiculturalism and its Discontents: Left, Right and Liberal,” identifies a “liberal form of anti-Muslim racism” that uses the language of “values” rather than race or ethnicity.3 Proponents of such liberal anti-Muslim racism like Maher rationalize it as “no more than criticism of an alien belief system—hostility to religious beliefs rather than to a racial group—and therefore entirely distinct from racism.” But as Kundani points out, such arguments merely use religious belonging as a proxy for racial difference, thus producing a form of anti-Muslim racism entirely consistent with liberal principles. Indeed, I would argue that it is liberal principles—or at least a particular vision of liberal principles—that actually unite such anti-Muslim racist arguments on both sides of the political spectrum.

To be sure, not all criticisms of Islam fall into the category of anti-Muslim racism. However, what makes Maher a promoter of this form of racism is his essentialist approach to Islam and Muslims. Harris, meanwhile, contributes to anti-Muslim racism through his simplistic understanding of terrorism and religious extremism. In his book The End of Faith, Harris states that 9/11 happened because the Muslim men involved believed that they would go to paradise for doing so.4 Echoing Bernard Lewis’s seminal text “The Roots of Muslim Rage,”5 Harris writes that we can understand terrorism not through complex optics, considering various factors including grievances against Western imperialism, but through understanding Muslims as fearing Western contamination and being wracked with feelings of humiliation because the West has surpassed them as a great empire. He states that Osama bin Laden’s grievances against U.S. support of Israel and the U.S. troop presence in Saudi Arabia are religious in nature, not political, and that they derive from scripture. Ultimately Harris is claiming that the key to understanding terrorism is understanding Islam. This is a very dangerous and misleading approach that dismisses the complex factors that contribute to terroristic ideologies. As John Esposito and Dalia Mogahed have shown, such complex factors range from Western foreign policies to failed Arab governance to social and economic factors that produce social alienation.6

In Toward a Political Philosophy of Race, Falguni Sheth provides a useful definition of liberalism as “a political philosophy that identifies the rational individual as the primary political unit in society.”7 Central to this political approach is the freedom of the individual to govern their affairs, limited interference from the state, a commitment to the rule of law, and pluralism through tolerating cultural, ethnic, religious, and other kinds of “difference.” As a result of its aims to be culturally diverse and tolerant, this political philosophy is promoted as unique, especially in contrast to other political orders that are deemed illiberal and thus barbaric.

Numerous scholars have shown liberalism’s historical role in legitimating imperial and colonial projects. Lisa Lowe in The Intimacies of Four Continents argues that “liberal philosophy, culture, economics, and government have been commensurate with, and deeply implicated in, colonialism, slavery, capitalism, and empire.”8 And Sheth writes that “[t]he British and American empires promoted the ideal vision of liberalism at the same time that they were engaged in extremely destructive and violent expansionism. […] In fact, a great deal of insight can be gained by understanding how the ideal vision of liberalism and empire were working hand-in-hand.”9

Therefore it is not the exception, but rather the rule in liberalism that humanity would be denied to some, whether based on race, religion, or—in this case—a racialized religion. Given that liberalism has been implicated in slavery and colonialism, and continues to be implicated in interventionist policies, it is not inconsistent for it to exclude Muslims today. Furthermore, the position of religious Muslims as incompatible with liberal principles is not unique. Catholics, Jews, Mormons, atheists and other religious minorities have historically been excluded from conceptions of Americanness despite an avowed commitment to liberalism as an ideal political system. Liberalism should be understood as rooted in paradoxes of inclusion and exclusion, equality and inequality. Thus, Maher and Harris’s argument that dehumanizes observant Muslims exemplifies this paradox in which exclusion is consistent within liberalism, not exceptional to it.

On the one hand, Maher assumes that liberalism is the ideal political ideology because it promotes individual rights, equality, and pluralism and that religious Muslims are illiberal and thus do not belong in Western liberal democracies. On the other hand, the history of liberalism has been linked to colonialism, empire building, slavery, and exclusion despite its promotion of notions about individual rights, equality, and pluralism. Thus the exclusion of Muslims from liberal multicultural society (unless they exemplify certain categories of the “good Muslim”) is actually consistent with, as opposed to exceptional within, liberalism.

EVELYN ALSULTANY is Arthur F. Thurnau Professor and Associate Professor of American Culture at the University of Michigan, where she co-founded and directs the Arab and Muslim American Studies program. Alsultany is the author of Arabs and Muslims in the Media: Race and Representation after 9/11 (New York: New York University Press, 2012) and Between the Middle East and the Americas: The Cultural Politics of Diaspora (Ann Arbor, MI: University of Michigan Press, 2013), and co-editor of Arab and Arab American Feminisms: Gender, Violence, and Belonging (Syracuse, NY: Syracuse University Press, 2011). She is the guest curator of the Arab American National Museum’s online exhibit, Reclaiming Identity: Dismantling Arab Stereotypes. For more information, see www.evelynalsultany.com.

This is the second in a series of essays based on the contributions to the new Mizan Series volume Muslims and U.S. Politics Today: A Defining Moment, edited by Mohammad Khalil. The volume will be published in spring 2019.

Evelyn Alsultany is Associate Professor of American Studies and Ethnicity at the University of Southern California. She is a leading expert on the history of representations of Arabs and Muslims in the U.S. media and on forms of anti-Arab and anti-Muslim racism.