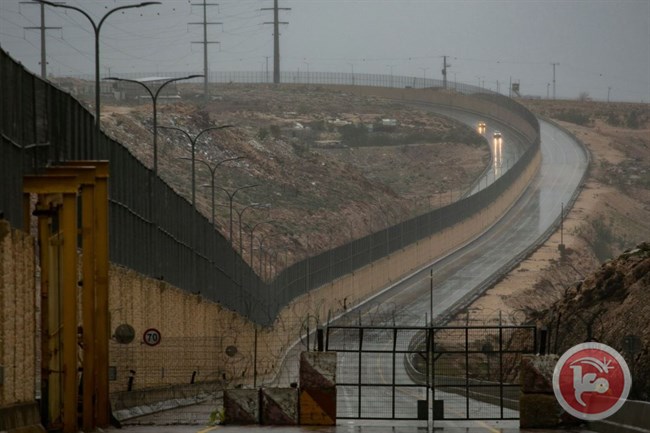 The Haaretz news outlet reported that the highway, which has been called the “Apartheid Road,” is divided in the middle by a high wall; the road’s western side serves Palestinians who cannot enter Jerusalem, whereas its eastern side serves Israeli settlers.

This is the first road to have a wall along its entire length, dividing Palestinian and Israeli drivers, however, the West Bank has many segregated roads.

Haaretz added that the road was built over a decade ago but remained closed due to a dispute between the Israeli army and police over the staffing of a new checkpoint that opened because of the road; the road has recently been renovated.

Most of the route’s users are expected to be Israeli settlers living north of the city; drivers on the Palestinian side will be able to go around Jerusalem without having to enter the city.