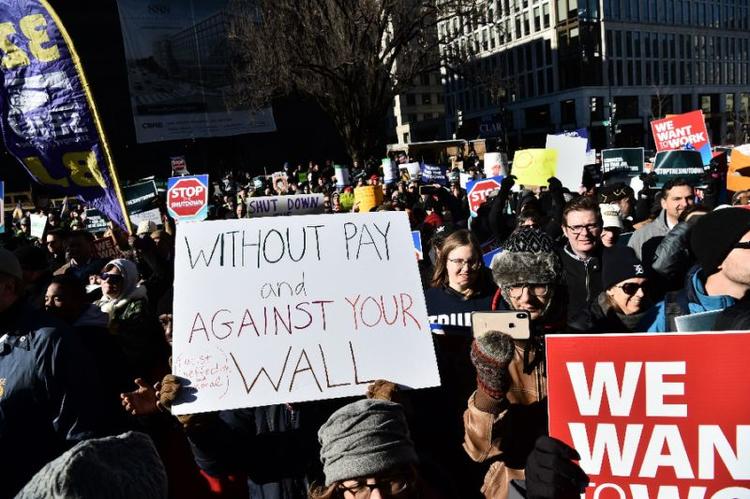 Washington, DC (AFP) – The US government shutdown on Saturday became the longest in history and is taking a growing bite out of the world’s largest economy with each passing day, economists say.

While most of the 21 “lapses” in government spending since 1976 left barely a scratch on economic growth, the length of this shutdown makes it harder to say just how bad the impact could get.

“It’s not a hard stretch to say that initially it’s smaller and then it expands, the pain starts to widen,” Beth Ann Bovino, chief US economist at S&P Global Ratings, told AFP. “Think of it as a butterfly effect.”

With about a quarter of the federal workforce affected, the shutdown is currently squeezing an estimated $1.2 billion a week out of the economy, Bovino said, but that figure could grow if it drags on.

At the current rate, within two weeks it will have cost America more than the $5.7 billion US President Donald Trump is demanding for a wall on the border with Mexico, the dispute with Congress that led to the failure to pass funding for government operations.

Following extended closures in 1995 and 2013, the US economy continued to grow while stock markets mainly went sideways.

The Securities and Exchange Commission has halted processing stock offerings
And GDP growth lost in one quarter can rebound in the next as the government springs back to life and workers recoup lost salaries. But some losses can never be recovered.

In myriad but often unseen ways, the $4 trillion federal budget is felt in the daily lives of all Americans, well beyond the 800,000 government workers now going without pay — many of whom missed their first paychecks on Friday.

Switching off even a part of the government means that life force quickly begins to bleed away.

Payments to farmers and poor families, craft beer labels, food inspections and economic data all have fallen victim to the budget impasse.

Meanwhile, tax refunds and borrower income verifications crucial to the mortgage industry were briefly up in the air with billions at stake.

“The tentacles start to touch many avenues of life and that’s a very sad thing,” Bovino said.

US Coast Guard cutters, their crews working without pay, on Monday began icebreaking at commercial ports in the frigid waters of Great Lakes near the Canadian border so local steel mills can remain supplied with iron ore.

– Hurting the poorest most – 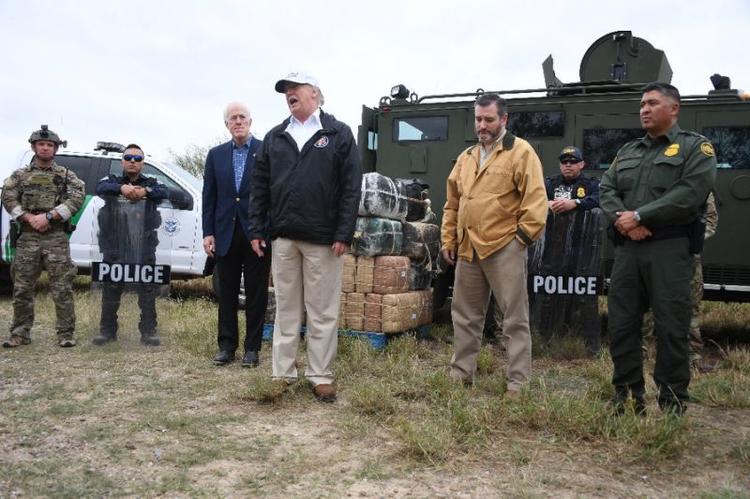 There are no government loans for seeds or cattle feed and none of the regular Agriculture Department data about crop yields and commodity prices that farmers depend on to plan for the coming year.

Permits from some oil and gas drilling — which feeds into GDP calculations — are delayed.

Tourism at the country’s 400 national parks normally generates a reported $18 million a day, but with some parks unattended and many services halted, local restaurants, hotels and shops are losing customers.

Government assistance to feed the poorest Americans is funded through next month only.

None of this includes the hardships felt by the 380,000 federal workers who have been furloughed or the 420,000 who are deemed “essential” but are working without pay.

They owe an estimated $438 million a month in rent and mortgage payments, according to the real estate firm Zillow.

Around the Washington region, home to about 20 percent of the federal work force, restaurants are sitting empty, taxis are idled and traffic increasingly moves with eerie ease along the capital’s choked boulevards.

Yingrui Huang, an engineer for a defense contractor at NASA’s Goddard Space Flight Center in Maryland, told AFP his company is normally at work building weather satellites and telescopes for the government but is shuttered until further notice.

To fight boredom, he is now driving for the mobile ride hailing service Lyft but said he was most concerned hourly employees like janitors, cafeteria workers and secretaries.

“Their salaries are definitely lower than most of the engineering staff. They don’t get the limelight. We don’t think about them,” he said.

Government assistance to feed the poorest Americans is funded through next month only
Economic research on the last major shutdown in October 2013 found many federal workers were largely able to avoid sinking into debt — delaying mortgage payments and shifting balances between credit cards.

But that shutdown lasted for barely two weeks — one pay cycle — and lawmakers at the time had quickly promised workers would receive back pay.

“It’s possible that the effects will be greater for this shutdown,” University of Chicago economist Constantine Yannelis, who studied the 2013 shutdown, told AFP.

“The longer a shutdown lasts, the more persistent a change in habits you could see.”