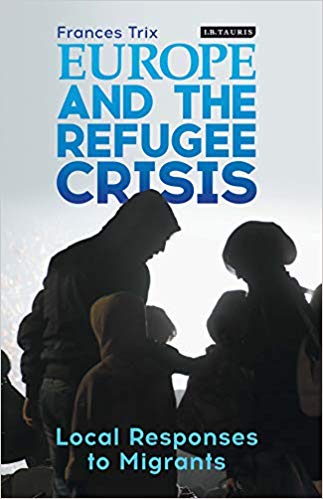 (Informed Comment) – The year after the recent influx of refugees from Syria, Iraq, and Afghanistan into Europe, I went to see how communities across Germany were responding. Chancellor Angela Merkel had said all communities in Germany must take 1.5 percent of their populations in asylum-seekers, so there were all manner of programs.

I went from Freiburg in the south to Hamburg in the north, seeking positive programs and influential people in these programs. I also sought to understand who the volunteers were, for there were volunteers active in every community. I grouped the communities according to size: villages under 10,000 people, smaller cities of 40,000 to 70,000 to half a million, and large cities over a million people. Besides European languages, I also speak colloquial Arabic so I could talk to the refugees from Syria and Iraq. In addition, my Turkish turned out to be useful for speaking to people in Germany from Turkey or central Asia, many of them in walks of life that gave them insights into the current situation and refugee issues.

The resulting book on my research is Europe and the Refugee Crisis: Local Responses to Migrants (London: I.B. Tauris, November, 2018). The book is full stories and written in an accessible style. Again, the purpose of the book is to dispel fear of working with refugees and to inspire people to try their own ideas, based on their own communities and resources. I also noted problems and difficulties, including the far right political parties of Pegida and the AfD. 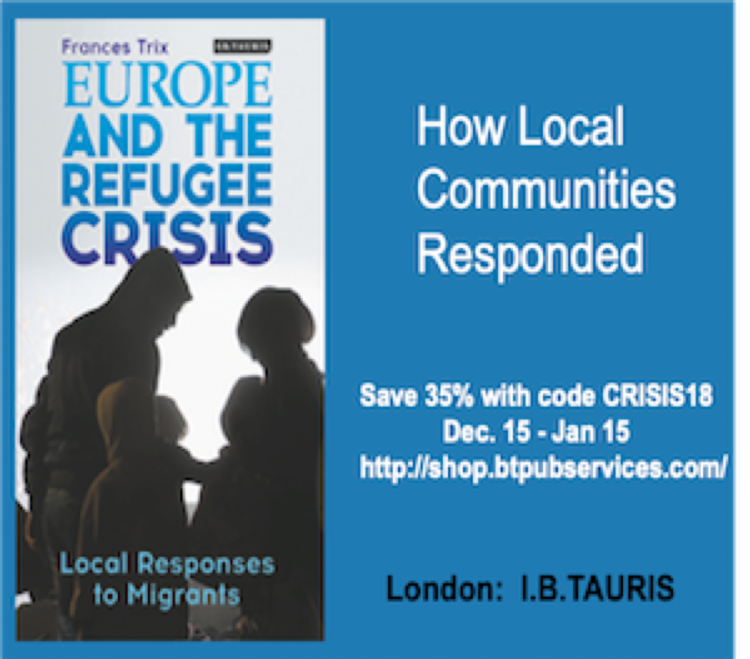 Europe and the Refugee Crisis: Local Responses to Migrants (Click)

I ask, “What affects attitudes toward refugees.” I give a quick overview of earlier refugees in Europe, but I focus on the situation in Germany after the Second World War, on post-war immigrants–both Germans from outside Germany and Turks–and changing attitudes. I also give a forgotten connection of Germany and Islam on the many German scholars of Islam.

I look at how refugees transited Macedonia on their way to Western Europe. Most people know about the situation in Greece, but Greece is a member of the EU and NATO. More representative of the countries refugees had to pass through is Macedonia. I worked in refugee transit camps in Macedonia and tell the refugees’ stories.

Finally, I studied the most positive refugee settlement programs inside Germany, where I considered communities of three sizes, and looked at the integration of refugees. I end by looking again at the major figures introduced in the study and their contributions.

I focused especially on host reception, that is, on the willingness of developed countries to accept refugees in our times. In describing positive strategies that I found across Germany I hope to dispel fear and to inspire others in their work with refugees.

UNHCR: “Syrian refugee baker rises to the challenge in Germany”

Frances Trix is professor emerita in linguistics and anthropology from Indiana University. She currently lives in Detroit where she continues to work with Syrian refugees.