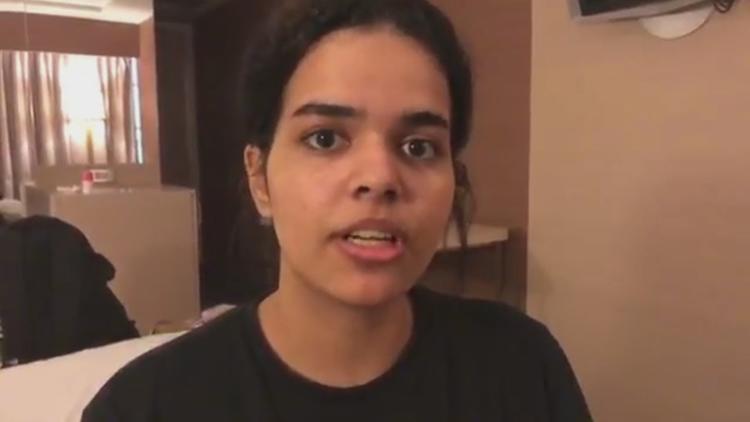 Thai police said that they had allowed the Saudi girl, Rahaf Mohammed Al-Qunun, to leave Bangkok airport under the care of the United Nations High Commissioner for Refugees (UNHCR).

Al-Qunun tweeted a photo of UN staff with Thai security after she left her room as well as a copy of her passport that she had regained after being held.

She said: “My parents have just arrived, I’m scared, and I want to go to another country, but I’m safe now under the protection of Thai authorities and the United Nations. Finally, I regained my passport.”

Hey I'm Rahaf. My father just arrived as I heard witch worried and scared me a lot and I want to go to another country that I seek asylum in
But at least I feel save now under UNHCR protection with the agreement of Thailand authorities. And I finally got my passport back??❤️ pic.twitter.com/pQER7HDVi7

Al-Qunun arrived in Bangkok two days ago. She came from Kuwait on her way to Australia with the intention of applying for asylum and escaping what she described as violence by her family.

Al-Qunun sent through her account, which was followed by tens of thousands of human rights activists around the world, a call to the UN to grant her refugee status in any country for fear of being deported to Saudi Arabia.

[A supporter put out the word,] “Rahaf just send me this, she just wants you to make sure she is on the hotel, and she still needs help and protection.”

Thailand’s immigration official said on Monday that the country had dropped plans to deport a Saudi woman stranded at Bangkok airport after fleeing her family during a visit to Kuwait because of concerns about her safety.

Rahaf Mohammed Al-Qunun, 18, was stranded at Bangkok airport on Saturday after Thai immigration officials banned her from entering the country.

Rahaf was holed up inside a hotel room at the airport, Monday, to avoid being deported on a Kuwait Airways plane scheduled for Monday morning . . .