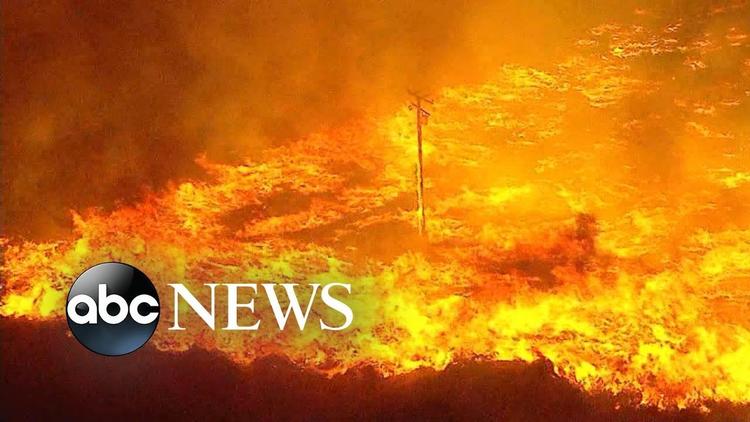 Ann Arbor (Informed Comment) – In his story “The Wall and the Books,” the great Argentinian writer Jorge Luis Borges wrote,

“I read, in past days, that the man who ordered the construction of the nearly infinite Wall of China was that First Emperor, Shih Huang Ti, who likewise ordered the burning of all the books before him. That the two gigantic operations—the five or six hundred leagues of stone to oppose the barbarians, the rigorous abolition of history, that is of the past—issued from one person and were in a certain sense his attributes, inexplicably satisfied me and, at the same time, disturbed me.”

Trump is very much like, not the real Yellow Emperor, but Borges’s imagining of him, obsessed with a security wall and eager to erase not just history but reality itself.

Nowadays the emperor’s name is written Shihuangdi (259 – 210 BC), and although he did build a great wall, and he may have destroyed some subversive tracts, he did not destroy Chinese history. Borges was a writer of speculative fiction, and his China is as imaginary as Trump’s Mexico.

Donald Trump’s fairy tales about the unicorn of mobs of terrorists invading San Diego and Brownsville, and his made-up statistics were intended to create a sense of dread and alarm among the white lower middle class (whom he is taking for a ride) and to shore up support for the government shutdown among increasingly restive Republican senators (Trump can only afford to lose a handful, and after that Chuck Schumer can shut down the shutdown).

But there is an actual emergency, but not of Mexicans and Guatamalans, the vast majority of whom are perfectly nice, hardworking people who have immeasurably enriched the American tapestry.

The emergency is global heating and our climate crisis, which is expected by 13 government agencies to slash 10% of our gross domestic product by the end of the century, to devastate our crops, and to flood and lash our littoral. The cost to the world in 2018 alone was already in the tens of billions of dollars.

The invading hordes are the wildfires of the Western states. Wildfires in California destroyed hundreds of thousands of acres in 2018. Vox notes that although wildfires are natural in the American West, they are morphing into Franken-conflagrations under the impact of human-driven global heating. Vox says, “Six of California’s 10 most destructive wildfires on record have hit in just the past three years.” And the wildfires in 2018 were 30% larger than the past decade’s average. There is less time between fires for forests to recover, and less moisture in the air. The entire American southwest is being reshaped, as Matthew Brown of AP argued.

Embed from Getty Images
“Blue Cut Fire Rages Through 30,000 Acres In Southern California. WRIGHTWOOD, CA – AUGUST 18: Intense flames driven by extreme drought conditions, wind and hot weather sweep over a remote section of the San Bernardino National Forest during the Blue Cut Fire on August 18, 2016 near Wrightwood, California.. An unknown number of homes and businesses have burned and more than 80,000 people were ordered to evacuate as the wildfire spreads beyond 30,000 acres and threatens to expand into the ski resort town of Wrightwood. (Photo by David McNew/Getty Images).”

Our national amnesia and insouciance is so advanced (sort of like those of our president) that we have already forgotten that Malibu burned down this fall and the celebrities had to flee, many losing their multi-million-dollar mansions. Those who had to flee included Kanye West and Kim Kardashian West, Lady Gaga, Jessica Simpson, Tori Spelling, Orlando Bloom.

It is not that there has never been a wildfire in the Malibu area, but this acceleration and magnification of the phenomenon is not normal.

Another harbinger is the increasing power and destructiveness of hurricanes. The 2018 season was worse than even the seasoned scientists at NOAA expected. WaPo notes,

“Counting Harvey, Irma and Maria in 2017, Michael in 2018, and Typhoon Yutu last month, which smashed into the Northern Marianas (a U.S. territory), five Category 4 or stronger tropical cyclones have struck U.S. soil in the last two years, which is possibly unprecedented.”

Embed from Getty Images
“Bloomberg Best of the Year 2018: A boat makes it way past flooded property after Hurricane Florence past through Wallace, in North Carolina, U.S., on Friday, Sept. 21, 2018. Photographer: Alex Wroblewski/Bloomberg via Getty Images.”

Possibly unprecedented. Michael at one point had a 15 foot storm surge. Billions of dollars of damage were done to the Florida panhandle and the Carolinas. Floridians, showing that many of them are lemmings, went on to vote for a climate change denier as governor.

Earlier, Puerto Rico was flattened and thousands died (many of them because Trump is such a shitty president). Houston was flooded. Hurricanes form over warm water, and the Atlantic and Caribbean are both getting hotter. That increased heat puts more moisture in the atmosphere, permitting bigger deluges and floods, and it causes the water to expand, making storm surges higher, and it feeds destructive winds, so that we now need a Category 6 to describe the monsters we are creating.

Again, there have been hurricanes all along. But by warming the oceans through burning fossil fuels and putting carbon dioxide, a powerful greenhouse gas, into the atmosphere, we are monsterizing these enormous storms.

As human beings put more carbon dioxide in the atmosphere (and our emissions spiked by over a 3% increase in 2018), some of it goes into the seas and makes them acid. We could lose half of all marine species from acidifying the oceans this way. I’m not sure what people think their grandchildren are going to eat, if they kill off the fish and then kill off the pollinating insects.

So what is the Wall that could keep out these invading storm surges, hurricanes, floods and wildfires?

It is the wall of the Green New Deal, of a Manhattan Project-style or moonshot-style crash government program to abolish coal, oil and gas within 15 years. It could be done if we all pulled together. Coal could be gone tomorrow if we wished it so as a society. Natural gas plants are more expensive to operate than wind farms and solar panels. We’d need to re-do our national electric grid and invest billions in a crash program to develop better batteries.

That’s what we need extra money in the budget for– a full court press on green energy and massive and rapid reduction of carbon dioxide and methane emissions.

That’s the emergency, not the southern border.

As for Trump, what he wants is not a wall but in Bob Dylan’s terms, a Watchtower:

“All along the watchtower
Princes kept the view
While all the women came and went
Barefoot servants too.”

The princes on their imagined watchtower are keeping in view all the wrong things, ignoring the real threat. Ironically, the immigrants from Central America that Trump so fears are in part fleeing the effects of the climate emergency to which he is contributing.

Dylan’s opening verses are a good description of the estate of the rest of us commoners:

“There must be some way out of here”
Said the joker to the thief
“There’s too much confusion
I can’t get no relief
Businessmen, they drink my wine
Plowmen dig my earth
None of them along the line
Know what any of it is worth.”

Big oil, and Trump, and Fox Cable News don’t know what the earth is worth, amid their deliberately concocted confusion of climate change denial. They are watching the degradation of our only home from their Watchtowers and ineffectual walls. There is a way out of here. It is to stop burning petroleum, natural gas and coal.