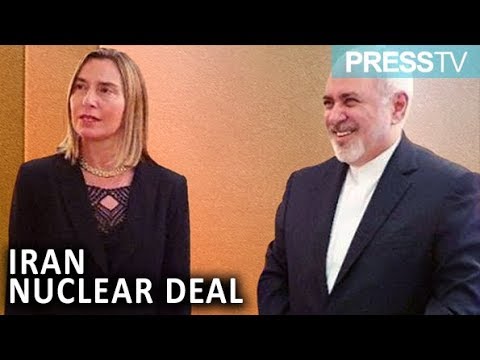 Ann Arbor (Informed Comment) – France24 reports that Trump’s attempt to dissuade the Europeans from continuing their support for the 2015 Iran nuclear deal has backfired.

On Friday at a Munich security meeting, Germany’s foreign minister, Heiko Maas, replied to the chiding of Vice President Mike Pence that Iran is destabilizing the region. Maas remarked that “Together with the British, the French and the entire European Union, we have found a means to allow Iran to remain in the nuclear accord. Our objective remains the lack of nuclear weapons, precisely because Iran destablizes the region.” Without the accord, “the region will not be more secure, but would in fact take a further step toward open confrontation.”

Frederica Mogherini, the European Union’s High Representative for foreign affairs, said, “We think that [this accord] is fundamental and crucial for our security.” The agreement “is a basic pillar of the architecture of nuclear non-proliferation at the global level.”

Pence had, after a visit to the Holocaust death camp at Auschwitz, accused Iran of fomenting a virulent anti-Semitism reminiscent of that of the Nazis.

[Iran has a small Jewish community with a representative in Parliament, which is not very much like Nazism. In contrast, Donald Trump called the Neonazis who shouted “Jews will not replace us” in Charlottesville “very fine people.” Pence has never spoken out about the dangers of white nationalism in the United States. – JC]

The French foreign minister, Jean-Yves Le Drian, was asked Friday about US policies in northeast Syria, remarking on the “mystery” that Trump’s decision to pull US troops out could only have the result of helping Iran.

“How can you be extremely firm with regard to Iran and at the same time abandon the northeast of Syria, when you know that at the end of the story you are thereby favoring the Iranian presence in the region.” Le Drian said, “For me, it is a mystery.”

The European rebuke, with the sardonic raising of a single eyebrow in which French foreign ministers specialize, came in the wake of the US-sponsored anti-Iran conference in Warsaw. Most countries sent low-level delegations and the meeting was widely considered a failure.

At Warsaw, the foreign minister of the Yemeni government in exile of President Abd Rabbo Mansour Hadi was seated next to Israeli prime minister Binyamin Netanyahu. It was a major propaganda victory for the Houthi rebels who control much of north Yemen, inasmuch as most Yemenis view Israel with suspicion and denounce its Occupation of the Palestinians. Trump has managed to tie an Israel connection around the neck of the beleaugured Mansour Hadi government.

Not only could Trump not rally Europe to his anti-Iran crusade, but even the anti-Iran states of the Gulf have split because of the Saudi-led boycott of Qatar. With a deep fissure in the Gulf Cooperation Council and an AWOL Europe, Trump’s grand coalition against Iran has fallen almost completely apart.