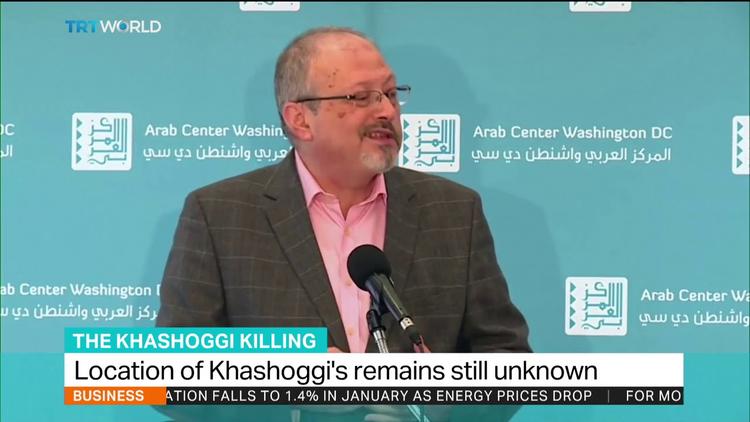 Embed from Getty Images
“An undated recent file picture shows prominent Saudi journalist Jamal Khashoggi who resigned suddenly on May 16, 2010 in Riyadh from the helm of Al-Watan days after the newspaper published a controversial column criticising Salafism. Al-Watan announced that Khashoggi, 52, was stepping down as editor-in-chief ‘to focus on his personal projects,’ in a statement published on its website and in its Sunday edition. AFP PHOTO/STR (Photo credit should read -/AFP/Getty Images).”

I’m a scholar of culture, politics, law and socio-economics who studies what I call “global borderlands.” These are semi-autonomous places that are controlled by foreigners and where the laws that govern socioeconomic life differ from those that are outside its walls.

I believe that despite massive amounts of press attention, two important and related elements of Khashoggi’s murder remain underexamined.

First is the fact that his murder allegedly took place within a consulate or embassy, a global borderland.

Second is the fact that his alleged murderers included people traveling on diplomatic passports, who were not entirely subject to the laws of the state – Turkey – they were visiting.

These elements mean trying and punishing the alleged suspects in the Turkish, or even international, system is complicated – if not improbable.

Diplomacy is the art of foreign relations. It has both a public and private face.

Official diplomats are representatives of the country that sends them to other countries, and they enjoy “diplomatic immunity,” which means they are exempt from the laws of the host country in which they are visiting.

The practice of diplomats being granted immunity has a long history. Cultural anthropologist Jack Weatherford argues in his book, “Genghis Khan and the Making of the Modern World,” that Khan – in the 13th century – established diplomatic immunity for envoys and ambassadors throughout this empire, even for those from countries with which he was at war.

Historian Jeremy Black starts his book, “A History of Diplomacy,” with the story of how the execution by Persian leader Muhammad II of Khan’s diplomatic envoy sparked a war.

Modern diplomatic privileges are outlined in the 1961 Vienna Convention on Diplomatic Relations; 192 countries follow its guidelines.

Diplomatic immunity also extends to the physical places of a diplomatic mission – the embassy or consulate as well as the residence of the head of the mission.

Documents and diplomatic bags – and the courier who is traveling with them – are also not subject to search from officials of the host country.

Murder in a consulate

A consulate is a symbol of the foreign state. It is governed by separate laws than those of the host state. Officials from the host state cannot enter a consulate property without permission.

These three facts help explain why Khashoggi was allegedly lured to and killed inside an embassy. There would be no fear about getting caught. Khashoggi could be killed, beheaded and dismembered with impunity.

However, the cleaners may not have destroyed all the evidence.

Turkish officials did search the nearby residence of the consul, which was where some of the vehicles that left the consulate drove to after Khashoggi was allegedly already killed.

Turkish officials also searched areas in the Belgrad forest and farmland in Yalova for Khashoggi’s remains because Saudi consulate vehicles were spotted heading that way on the day he was killed.

Members of the Saudi team alleged to have committed the murder arrived shortly before, and left Istanbul almost immediately after, Jamal Khashoggi’s murder. Most members of the group traveled on regular passports, their bags were put through airport security and some were searched by hand.

Embed from Getty Images
“A frame grab on October 10, 2018 taken from a police CCTV video made available through Turkish Newspaper Sabah allegedly shows suspects in the case of missing Saudi journalist Jamal Khashoggi (unseen) at Istanbul’s Ataturk airport on October 2, 2018. – Jamal Khashoggi, a veteran Saudi journalist who has been critical towards the Saudi government has gone missing after visiting the kingdom’s consulate in Istanbul on October 2, 2018, the Washington Post reported. Saudi Arabia agreed to let Turkish authorities search its Istanbul consulate as part of the investigation into the disappearance of journalist Jamal Khashoggi, as his fiancee asked Donald Trump to help uncover what happened to the Riyadh critic. (Photo by – / Sabah Newspaper / AFP) (Photo credit should read -/AFP/Getty Images).”

But at least one member of the seven people returning to Saudi Arabia was carrying a diplomatic passport, while two carried “special” government passports, indicating official government and diplomatic status.

This status is why Hulusi Akar, Turkey’s defense minister, has stated that Khashoggi’s remains may have been carried out of the country in these bags – they were not subject to search.

The diplomatic immunity of some members of the alleged hit squad allowed them to leave quickly, not be subject to search and not be prosecuted by the Turkish criminal justice system.

There is one way they could be prosecuted: if Saudi Arabia waived the diplomatic agent’s immunity and allowed them to be tried in Turkey. There is no sign that Saudi Arabia will do this.

Other members of the group, traveling on regular – not diplomatic – passports, also left quickly. Because they are now outside of Turkey, the Turkish government has been unable to bring any of these alleged suspects before their court system. Turkey requested extradition of these people, but Saudi Arabia refused to hand them over.

The location of Khashoggi’s murder at a consulate appears purposeful, allowing the alleged murderers the time and inviolable space needed to kill him without any fear of interruption or interference from Turkish authorities.