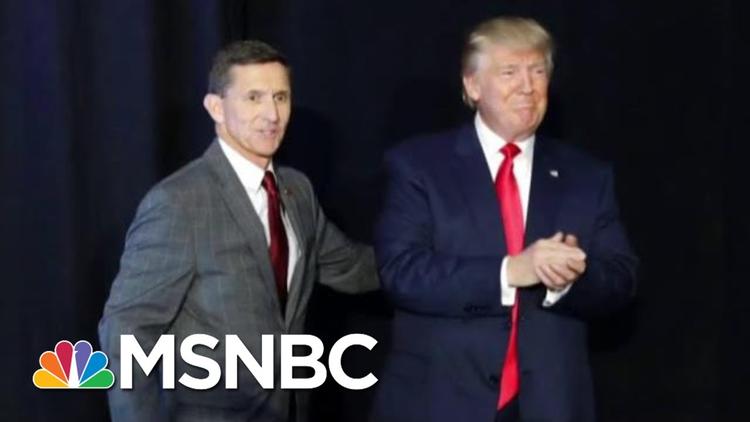 Ann Arbor (Informed Comment) – The House of Representatives’ Committee on Oversight and Reform has issued a Report on a plot to make billions of dollars by selling Saudi Arabia sensitive American nuclear technology that could allow the Kingdom to develop nuclear weapons. The scheme required breaking US law, which forbids technology transfers that might allow nuclear proliferation.

The plot was pushed by a “company” formed for this express purpose called IP3 International, which doesn’t seem to have actually existed except as a sort of shell for lobbying the Trump administration. IP3 was, according to the committee, helmed by “General Keith Alexander, General Jack Keane, Mr. Bud McFarlane, and Rear Admiral Michael Hewitt, as well as the chief executives of six companies— Exelon Corporation, Toshiba America Energy Systems, Bechtel Corporation, Centrus Energy Corporation, GE Energy Infra structure, and Siemens USA—“ All “signed a letter to Deputy Crown Prince Mohammed bin Salman. The letter presented ‘the Iron Bridge Program as a 21st Century Marshall Plan for the Middle East.'”

Bud McFarlane? That is Ronald Reagan’s National Security Advisor who was up to his elbows selling arms to Khomeini in the Iran-Contra scandal, and thought up the idea of sending Ayatollah Khomeini a cake shaped like a key and a Bible (along with a few T.O.W. anti-tank emplacements)! Like Elliot Abrams, he was pardoned by George H. W. Bush, who seems to have created a factory for 21st century further scandals.

The point man for the plot was General Mike Flynn, who called for Hillary Clinton to be locked up at the Republican National Conference in late summer of 2016 and glommed on to Trump, becoming his first National Security Adviser. Flynn had visited Saudi Arabia in connection with the IP3 plot to transfer nuclear technology to that country that could help Riyadh make a bomb if the royal family felt they needed to do so to remain safe (e.g. if Iran went in that direction or if relations with nuclear-armed Israel tanked). The cover story was that the US corporate front would just make 6 nuclear reactors for electricity generation.

Derek Harvey, the Senior Director for Middle East and North African Affairs at the National Security Council in the first half of 2017, is alleged to have adopted the IP3 plot as US policy, dubbing it the “Middle Eastern Marshall Plan.” Mr. Harvey seems confused. The Marshall Plan was an aid program where the US gave out hundreds of millions of dollars to poor societies after WW II to promote prosperity and fight Communism. It wasn’t a money-making scheme whereby we would sell nuclear weapons technology to an absolute monarchy that uses bone saws on journalists in return for vastly enriching private individuals and a handful of corporations.

Remember, all these retired generals and CEOs and Republican bigwigs were calling for Iran to be bombed back to the stone age on the pretext that it had a civilian nuclear enrichment program that was potentially dual use and could maybe someday perhaps lead to an Iranian Bomb (the Iranians never decided to go in that direction and in 2015 mothballed 80% of their program). Apparently what the US economic elite really minded was not so much possible Iranian proliferation but that they would not get a few billion dollars as a payday for being the ones to supply the technology.

IP3 was not in a position to do an end run around the Atomic Energy Act, the law preventing an administration from handing over top nuclear secrets to another country without congressional approval. But the National Security Council could be a vehicle for secretly making such a deal.

The Congressional report says that the IP3 plot was closed down at one point but that NSC whistleblowers are afraid that some Trump administration personnel in the NSC and elsewhere may still be working on the illegal technology transfer.

Note that it might actually have been possible for Trump to get the scheme through the Republican House and Senate before last November but that the current legislators are unlikely to want to sell Saudi Arabia nuclear-bomb-making technology.

Trump’s son-in-law, Jared Kushner, appears to have picked up the scheme once Flynn was fired for having lied to the FBI over his contacts late in 2016 with the Russian ambassador Sergey Kislyak. The committee report says that whistleblowers allege that in March, 2017, a meeting was held…

“Also present was a career NSC staffer who later informed colleagues that Mr. Harvey was again trying to promote the IP 3 plan “so that Jared Kushner can present it to the President for approval.”

For all we know, the plan to give the Saudis a nuke is still in play, with hundreds of billions of dollars at stake. This scheme is the ultimate in criminality, where US government resources (remember the Manhattan project?) are given away to another government by the white collar criminals now running the US government so that they can scoop up private massive fortunes rivaling those of the richest persons in the world such as Jeff Bezos and Bill Gates.

One thing you may be assured of is that Iran is going through this Congressional report with a fine-tooth comb. If there is one thing that really could crash the 2015 Iranian non-proliferation nuclear deal, it is the prospect of a Saudi Bomb. That people would try to destroy that deal on the one hand and slip Riyadh world-destroying secrets for personal enrichment boggles the mind.

Is The Donald Trump Admin Working To Give Nuclear Secrets To Saudi Arabia? | Velshi & Ruhle | MSNBC