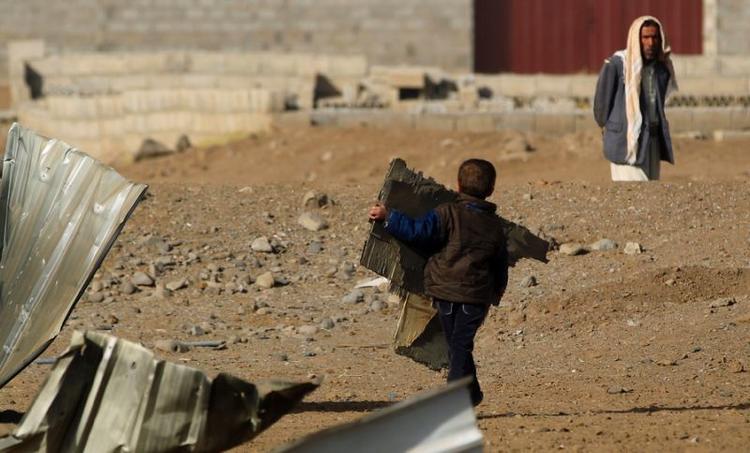 The US continues to “provide support to the coalition, in particular to help them… be discriminative in targeting and to minimise the risk of civilian causalities”, said Major General David C. Hill, deputy commander of US Army Central.

The US House of Representatives voted overwhelmingly on Wednesday to direct President Donald Trump to end within 30 days all participation in hostilities “in or affecting Yemen”, where Washington supports the Saudi-led coalition against Iran-backed Huthi rebels.

The US has been providing bombs and other weapons, as well as intelligence support, to the coalition, but announced in November it was ending refuelling of Saudi warplanes.

The World Health Organisation says some 10,000 people have been killed since the coalition intervened in 2015, but rights groups state the death toll could be five times as high.

The White House maintains close relations with Riyadh, but the gruesome murder of journalist Jamal Khashoggi in Saudi’s Istanbul consulate in October has been followed by lawmakers on both sides of the political aisle increasingly pushing back.

Should the Senate pass the resolution on Yemen, it could force Trump to issue the first veto of his tenure.

In other comments to AFP on the sidelines of a military exhibition in Abu Dhabi, Hill said US Central Command remains focused on fighting Al-Qaeda and the Islamic State group in the Middle East.

“I believe that the end of the physical caliphate doesn’t mean the end of ISIS” he said, using an alternative acronym for IS.

“We will continue to work closely with our partners across the region here to do just that.”

The US is set to pull its soldiers out of Syria after allied Kurdish-led forces capture IS’ last holdout in the war-torn country, nearly five years after the jihadists proclaimed a “caliphate” across large swathes of the country and neighbouring Iraq.

In December Trump shocked allies when he announced he would withdraw all 2,000 US troops from Syria because IS had already been “beaten”.

The withdrawal plan is set to be accelerated after a victory announcement.

“We are conducting a withdrawal from Syria… but I am confident that we remain postured to continue fighting against ISIS,” Hill told AFP.

Featured Photo: “A child carries corrugated metal from the site of a reported airstrike by the Saudi-led coalition in the Yemeni capital Sanaa in January (AFP Photo/MOHAMMED HUWAIS).”