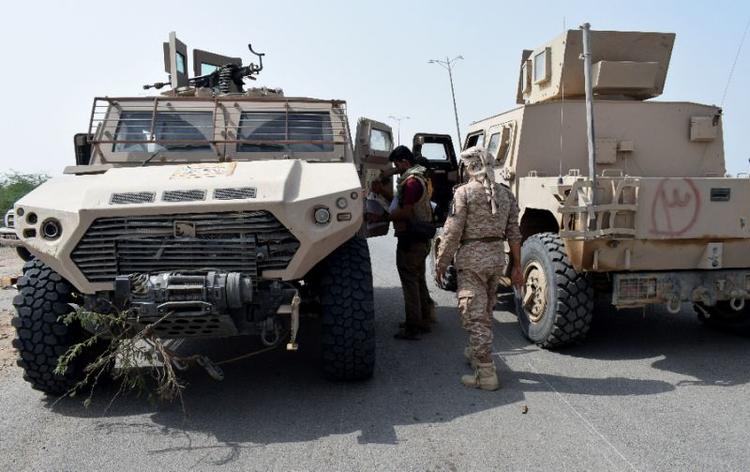 Washington, DC (AFP) – The US must examine whether American-made military gear in Yemen is being transferred to unintended recipients, including Al-Qaeda and Iran-backed rebels, a top general said on Tuesday.

General Joseph Votel, who heads US Central Command covering the Middle East, expressed concern to senators about a CNN investigation that found weaponry and equipment provided by the US to Saudi Arabia and the United Arab Emirates has ended up being used across war-torn Yemen by a number of militias.

“We have to look more closely at the allegations in this particular situation to find out what happened,” Votel told the Senate Armed Services Committee.

“We will have to examine that better.”

Recipients of United States defense equipment must agree not to re-export or transfer that gear without first getting US authorization.

According to CNN, the Washington-backed, Saudi-led coalition that is fighting the Huthi rebels in Yemen has transferred American-made weapons and military vehicles to Qaeda-linked fighters, hardline Salafi militias and other groups.

The network showed footage of mine-resistant US-made military vehicles no longer in coalition custody and said US weapons could be ordered for purchase in a market.

Any investigation would ultimately be conducted by the US State Department, which said it is aware of the report and is seeking additional information.

“While battlefield losses of equipment do occur in active conflict zones, we expect all recipients of US origin defense equipment to abide by their end- use obligations and not retransfer equipment without prior US government authorization,” a State Department spokesman told AFP.

Yemen’s rebels are mired in a war with government forces backed since 2015 by a Saudi-led coalition.

The conflict has triggered what the UN calls the world’s worst humanitarian crisis, with millions of people at risk of starvation.

The Republican-controlled US Senate in December approved a largely symbolic resolution to end US military support for Riyadh’s intervention in Yemen.

Washington has also carried out a long-running drone war against Yemen’s Al-Qaeda branch, which has taken advantage of the chaos in Yemen to strengthen its own operations, particularly in the country’s south.

The Pentagon sees Al-Qaeda in the Arabian Peninsula as the jihadist network’s most dangerous branch, and has intensified its strikes against AQAP since President Donald Trump took office in 2017.

In Iraq in 2014, as the national army collapsed in the face of an onslaught by the Islamic State group, much of the Iraqis’ US-provided weaponry was captured by the jihadists and used in their rampage.