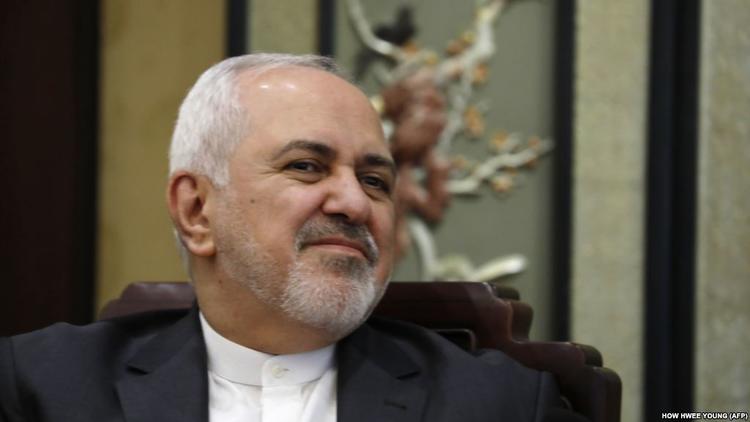 (RFE/RL) – A whirlwind eases with the Iranian president’s refusal to accept his smooth-talking foreign minister’s resignation. But that doesn’t necessarily mean Mohammad Javad Zarif has the political wind at his back.

The political drama over the immediate fate of Iran’s foreign minister appears to be over. Mohammad Javad Zarif was back at work less than 48 hours after abruptly announcing his resignation on Instagram. The offer was formally rejected by President Hassan Rohani on February 27 on the grounds that Zarif’s exit would not be in the national interest.

“You are trusted by me and the whole Islamic establishment, particularly the supreme leader,” Rohani wrote in a reference to Ali Khamenei, who has the final word on all religious and political affairs in Iran. He went on to urge state and governmental bodies to work “in full coordination” with Zarif’s ministry on matters of foreign policy.

“I consider you, as put by the leader, to be ‘trustworthy, brave and pious’ and in the forefront of resistance against America’s all-out pressure,” Rohani added.

Hard-line conservatives and some of Iran’s more hawkish institutions have waged a relentless campaign against Zarif since he helped lead negotiations for the controversial 2015 nuclear deal that traded sanctions relief for checks on Iran’s nuclear activities, an agreement that has since been abandoned by Washington but remains in place among its other signatories.

But Quds Force commander Qassem Soleimani acknowledged in a message widely quoted by local media that Zarif was in charge of foreign policy and stressed that the foreign minister had Khamenei’s backing.

“Zarif remains foreign minister with unprecedented support from all of the country’s political and military officials,” added presidential communications aide Parviz Esmaili. He went on to say that Zarif was the country’s “most influential international spokesman” and was “fighting for national interests.”

The public demonstration of support, which appeared to signal a desire for continuity in foreign policy, comes amid ongoing speculation over the causes of the brief political earthquake with Zarif at its epicenter.

The popular Fararu.com website highlighted three interpretations of Zarif’s threat to quit his post after more than five years. The first hinted at problems outside the government, including factional infighting and Zarif’s exclusion from a meeting between visiting Syrian President Bashar al-Assad and Khamenei and other Iranian officials where Soleimani was present.

The second put an emphasis on differences within the government and alleged attempts by government spokesman Mohammad Bagher Nobakht and Rohani chief of staff Mahmud Vaezi to weaken cabinet ministers. Vaezi is reported to have been eyeing Zarif’s post. Several lawmakers had suggested that Zarif’s resignation was tied to problems within Rohani’s government. “There is evidence that Zarif’s resignation has nothing to do with the [so-called] resistance front [against Israel],” one of those legislators, Ahmad Amirabadi Farahani, was quoted by Fararu as saying. “Zarif has repeatedly said in parliament that he’s in full coordination with commander Soleimani. Therefore we should look within the government for the reasons behind his resignation.”

“Some say the resignation was designed to put all the failures from the nuclear deal in the other side’s court,” the report said, adding that possible pressure over Iran’s overtures to join international anti-money laundering efforts could have been another factor. “Others say that the establishment has opposed the adoption of measures required by the Financial Action Task Force (FATF) which promotes policies to protect the global financial system from money laundering, terrorist financing, and the financing of the proliferation of weapons of mass destruction. and Zarif’s aim was to create pressure and increase the cost of not joining these legislations.”

Conservative former lawmaker Ahmad Tavakoli, a member of the Expediency Council that mediates between parliament and the powerful Guardians Council, speculated that Zarif’s resignation looked like an effort to pressure the Expediency Council, which could play a determining role in the adoption of FATF measures.

“I think the resignation could be an instrument to pressure legal bodies, such as the Expediency Council. It is very bad if this is the case,” Tavakoli was quoted as saying in an interview by Khabaronline.

On The Same Side As Netanyahu

The reformist daily Aftab Yazd posted on its front page a list of those who had been “saddened” versus those who had “rejoiced” over Zarif’s offer of resignation. It appeared to highlight that such a breakdown left several Iranian hard-liners on the same side of the issue as Benyamin Netanyahu, prime minister of archrival Israel.

The official government daily Iran posted a picture of Zarif on its front page with the headline: No To The Resignation.

Asr-e Iran and other news sites highlighted perceived benefits of the nuclear deal that Zarif had negotiated with the administration of then-U.S. President Barack Obama.

“[The nuclear deal] was the right path for Iran, which Iran was right to take,” Asr-e Iran argued, adding, “The withdrawal of the United States from the accord does not negate Iran’s historical and lifesaving move in accepting the deal.” It went on to suggest that the nuclear deal could continue to exist without U.S. participation — a feat that is so far proving enormously challenging.

But some hard-liners continued their criticism of Zarif. They included Abbas Kolahdooz, a political editor with the IRGC-affiliated Tasnim news agency, who suggested that Zarif should be put on trial for his “childish” decision, which he said diverted attention from Assad’s brief but historic visit to Tehran.

“When Soleimani says Zarif is in charge of foreign policy, it is in a way Khamenei’s view, too, so it’s a relative victory [for Zarif], I believe,” she said.

But analyst and opposition activist Hassan Shariatmadari, who is also based in Germany, predicted that the tensions with the powerful IRGC over foreign policy issues were likely to continue.

“The IRGC wants to be in charge, Khamenei has so far resisted, and [Zarif’s resignation] has delayed the issue. But the IRGC is not likely to back down,” Shariatmadari said. “So Zarif has not gained the upper hand.”