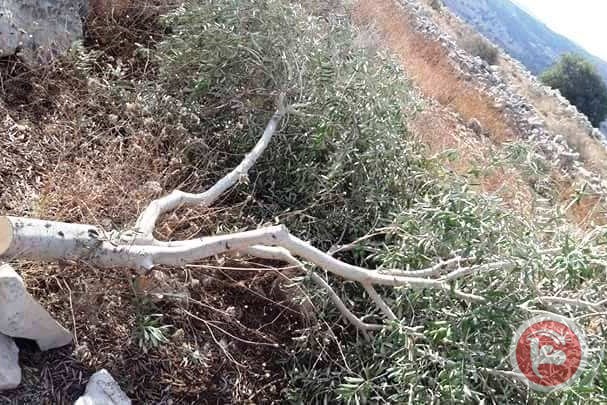 NABLUS (Ma’an) — A group of Israeli settlers uprooted dozens of Palestinian-owned olive trees, on Tuesday, in an agricultural area near the Burin village, south of the northern occupied West Bank.

Ghassan Daghlas, an official who monitors settlement activity in the northern West Bank, told Ma’an that Israeli settlers from the illegal Yitzhar settlement stormed an agricultural area near the main road of the settlement.

Daghlas pointed out that about 33 olive trees were uprooted by Israeli forces and belong to Palestinian resident, Castro Mahmoud Qadrous.

According to a report by Israeli NGO B’Tselem, Israeli settlers’ vandalism in the occupied West Bank is a daily routine and is fully backed by Israeli authorities.

B’Tselem reported that “In just over two months, from the beginning of May to 7 July 2018, B’Tselem documented 10 instances in which settlers destroyed a total of more than 2,000 trees and grapevines and burned down a barley field and bales of hay.”