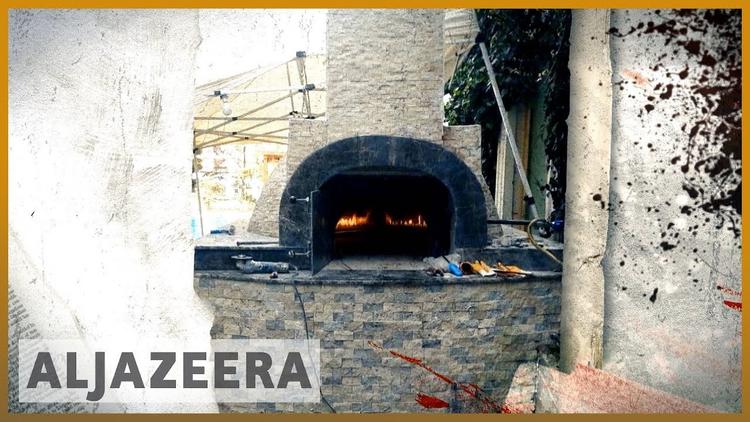 Ann Arbor (Informed Comment) – Patricia Zengerle of Reuters reports that even Republican members of the Senate Foreign Relations Committee came away deeply disappointed with the briefing on the Khashoggi murder by low-level Trump administration officials from the Treasury Department and the State Department.

The murder on October 2 at the Saudi consulate in Istanbul of dissident Saudi journalist Jamal Khashoggi triggered the Global Magnitsky Act, which required the administration to report to Congress and also permitted the president to sanction individuals or entities in Saudi Arabia. Trump should have sent over a report to Congress in February, but did not; the briefing was a poor substitute. Trump has declined to impose sanctions. He said he did not want to endanger some $110 billion in alleged Saudi investments in and arms purchases from the United States (experts say he vastly overestimates the sums involved).

Zengerle reports that Sen. Lindsey Graham remarked, “It was a complete waste of time. I knew more than they did.” Although Graham is a big supporter of Donald Trump, he has been scathing on the Khashoggi murder and has repeatedly called for crown prince Mohammed Bin Salman to step down or be removed from the line of succession.

Mitt Romney, a senator from Utah, said, “It was not very helpful. And it was frustrating for a number of us to have made so little progress.”

Although Trump declines to impose Magnitsky sanctions, the Senate can legislate such sanctions if it so desires. Democrat Bob Menendez said that the senators could go in precisely that direction.

Meanwhile, an investigation by Aljazeera provided further grisly details of the murder and cover-up. Turkish forensics experts found Khashoggi’s blood on the wall of the office of the Saudi consul at the Istanbul consulate. It is alleged that a Saudi medical examiner with a bone saw was among those flown in for the assassination and clean-up.

The Saudi consul also had a private residence. He had had a big oven built on the premises that could get so hot it would melt metal. The bags of Khashoggi’s remains were brought there by various couriers and were incinerated in the huge giant oven.

Aljazeera says that, in order to erase the signs of this disposal of the body, the oven was subsequently used to cook kebabs. I suppose lamb smells different from human when it is cooking, though I think any guests of the Saudi consulate in the first half of October who had the kebab probably noticed it was not halal, what with the admixture of a pinch of hapless journalist.