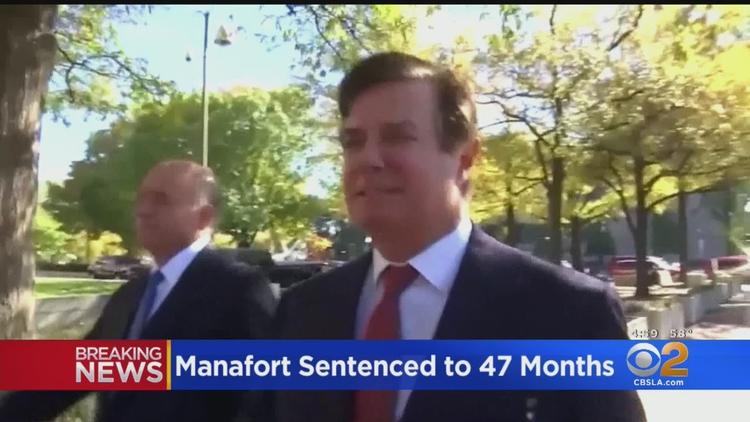 Ann Arbor (Informed Comment) – Trump’s campaign manager, Paul Manafort, was given 47 months in prison for his crimes on Thursday, in a jaw-dropping ruling that treated him as a good family man without priors. He only didn’t have priors because white collar criminals are so coddled in an American firmly under the thumb of the big business classes. The judge said he was “a good friend” and had lived “an otherwise blameless life.”

Even this admiring judge admitted that it was startling that Manafort showed no remorse at all.

Manafort was a lifelong lobbyist for vicious dictators with lakes of blood on their hands– his firm was known as “lobby of the Dictators.” They included Ferdinand Marcos of the Philippines and Angola’s Jonas Savimbi. (Manafort was accused of lengthing Angola’s civil war).

“Manafort has been convicted of lobbying for pro-Russian politicians and interests in Ukraine, of not registering as a foreign agent, and of keeping tens of millions of dollars in payments from Russian oligarchs and their Ukrainian counter-parts in banks in Cyprus while never paying any taxes on them. He got paid for doing things like circulating a false charge that Ukrainian prime minister Yulia Tymoshenko (anti-Russian) was guilty of ordering people killed (Manafort said he wanted to “put some stink” on her). Manafort colluded with an unnamed Israeli official to weaponize “anti-Semitism” for Russian aims in Ukraine, painting Tymoshenko as an anti-Semite. He then put pressure on the Jewish figures in the Obama administration to pressure Obama to oppose Tymoshenko, in favor of the pro-Russian Viktor Yanukovych.”

I have no insider knowledge whereby to explain the judge’s incredible leniency, other than that Washington is an Old Boy’s Club, the members of which get kid glove treatment compared to ordinary folk.

But let’s just consider some sentences for shoplifting small items from stores to compare and contrast it with Manafort’s tax avoidance to the tune of tens of millions of dollars.

* A man accused of helping his girlfriend shoplift $186 worth of dog toys from a Hardware & Pet Center in Chambersburg, PA, was sentenced to as much as 23 months in prison (with a lower limit of at least 2 months). The upper limit is about half of Manafort’s sentence.

*In Napierville, Illinois in 2015, a 40-year-old man was given 2.5 years for shoplifing $500 worth of merchandise from a Walmart. Admittedly, this was part of a plea deal in which drug possession charges were dropped.

*In Topeka, a habitual offender who shoplifted a $1.47 knife was given 57 months in prison.

*Last year a 15-year-old was sentenced to five years in prison for stealing black and white Nike Air Jordan Fives, worth $180 from someone he knew slightly. A couple other boys were present, and one brought a gun to the scene, so the charge escalated to armed robbery.

*A Tennessee man who committed $46 worth of “return fraud” at a Walmart picking up items in the store and pretending to have bought them, then returning them for cash, faces 12 years in prison because the prosecutor used a legal maneuver to charge him with a felony rather than a misdemeanor. Years earlier he had shoplifted a bra from Walmart, which then issued against him a restriction from entering their property. Violating that order with intent to commit fraud could be interpreted as burglary rather than just shoplifting.

*A Florida man who shoplifted $600 in cigarette cartons but who was clearly a habitual offender was given twenty years for his crime.

Despite there being some circumstances that help explain some of these incredibly harsh sentences for relatively minor crimes against property, I think we may conclude that Manafort was treated differently than his less fortunate fellow citizens.