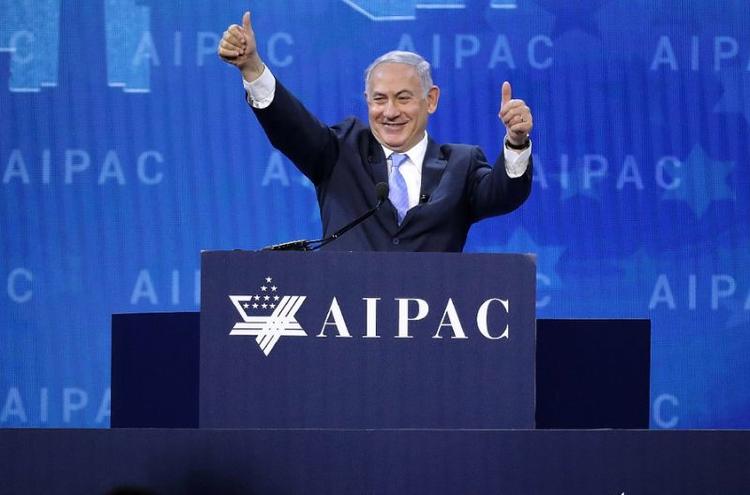 Washington, DC (AFP) – Powerful has long been the word used to describe America’s pro-Israel lobby AIPAC, which for decades has helped assure nearly universal support in Washington for the Jewish state.

But as the American Israel Public Affairs Committee meets for its annual conference starting Sunday, it is seeing rare partisan cracks with none of the Democratic presidential candidates confirmed to attend.

The shift comes under the cloud of politics in Israel, whose right-wing prime minister, Benjamin Netanyahu, is flying to Washington for AIPAC weeks before he faces elections.

Democratic candidates have cited scheduling or given no reason, although an aide to Senator Bernie Sanders, who is Jewish, said the socialist was concerned that AIPAC was giving a platform to “leaders who have expressed bigotry and oppose a two-state solution.”

Trump has rallied in full force behind Netanyahu, backing his hard line on Iran and taking once taboo steps such as recognizing Jerusalem as Israel’s capital and, just Thursday, accepting Israeli sovereignty over the Golan Heights, which the Jewish state captured from Syria in 1967.

But American Jews lean left and only 24 percent approved of Trump’s job performance in a recent survey by the Pew Research Center.

“AIPAC is in a difficult position because it is supposed to be the voice of the pro-Israel community, but in reality the Jewish community as a whole is opposed to the government of Israel as well as the government of the United States,” said Jeremy Ben-Ami, president of the liberal Jewish advocacy group J Street. 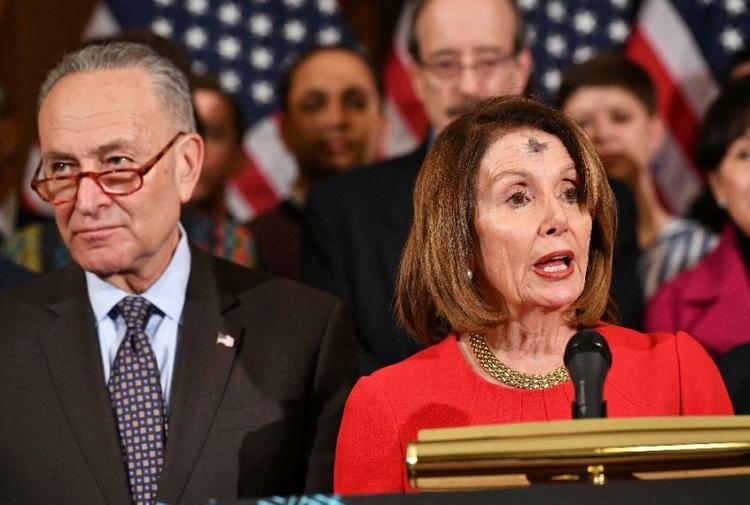 AIPAC has hardly lost the Democrats. While candidates will stay away, its top brass in Congress will speak at AIPAC including House Speaker Nancy Pelosi and Senate Minority Leader Chuck Schumer.

And AIPAC’s legislative goals face little serious pushback. Israel is the largest recipient of US aid, receiving more than $3 billion in military financing in the 2018 fiscal year.

“I think it’s an established fact that on Capitol Hill there is overwhelming, bipartisan support and that support is just as deep in the Democratic Party as in the Republican Party,” said Jason Isaacson, who heads the Washington office of the American Jewish Committee.

“I think it’s not surprising that people in their visceral, passionate resistance to the US president associate him with the prime minister of Israel and from that draw the conclusion that to oppose the president you must oppose people who share common strategic concerns,” he said.

Some analysts say Trump’s staunch support for Netanyahu has more to do with evangelical Christians, a loyal constituency, with Secretary of State Mike Pompeo highlighting his religious beliefs when he visited Jerusalem on Thursday.

A recent Gallup poll found that 76 percent of US Republicans sympathized more with Israel than the Palestinians, compared with 43 percent of Democrats.

Dina Badie, chair of the international studies program at Centre College in Kentucky, said that AIPAC was at a “crossroads” after decades of bipartisan outreach.

“AIPAC is not changing. AIPAC has remained largely consistent in terms of its approach to lobbying, its legislative agenda and the type of priorities it has. What has changed are the political circumstances and the environment in which it’s operating,” she said.

She added that that Netanyahu has alienated left-leaning Americans, including Jewish Americans, with his rightward turn, while the United States has become increasingly polarized. 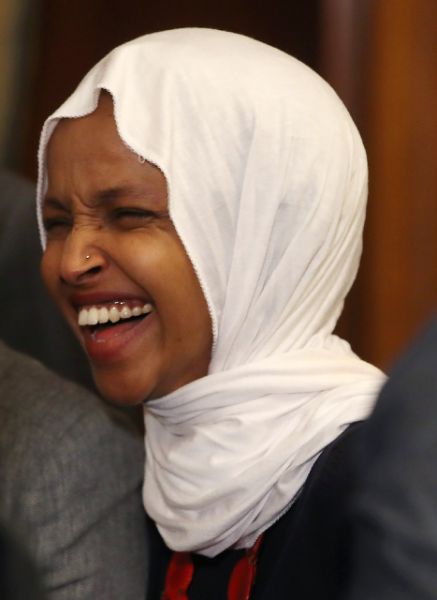 “Congresswoman Ilhan Omar caused an uproar with her comments on supporters of Israel (AFP Photo/MARK WILSON).”

“AIPAC has always had a hardline approach that has been compatible with the way Netanyahu is dealing with the Palestinians, but because Netanyahu is seen as toxic in progressive circles, the fact that AIPAC is somehow aligned with Netanyahu’s approach is becoming less palatable to Democrats,” she said.

She said AIPAC, while not seeking to be partisan, could see itself enjoying less influence when Democrats are in power if this year’s conference turns out not to be an aberration.

Among newly elected Democrats, Representative Ilhan Omar, who is Muslim, provoked outrage even among much of her party when last month she suggested that supporters of Israel show “allegiance to a foreign country.”

She apologized for the comment, widely seen as anti-Semitic, but Republicans have kept citing it as evidence of creeping bigotry.

Ben-Ami, the head of J Street, said the focus on Omar was misplaced. The gunman who shot dead 11 people last year at a Pittsburgh synagogue had been enraged by Jewish support for refugees.

“The true threatening form of anti-Semitism is coming not from the left but the right. It’s not just here, it’s all around the world, and it’s from the autocrats and ethnonationalists that not only Trump but Netanyahu are embracing,” he said.