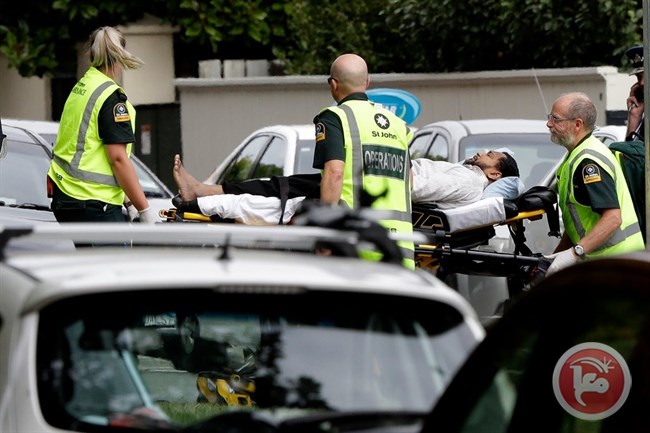 RAMALLAH (Ma’an) — The Palestinian Ministry of Foreign Affairs and Expatriates declared, on Saturday, that through the Palestinian embassy in Australia’s contact with the Ministry of Foreign Affairs in New Zealand, although not officially, that six Palestinians were killed and six others were injured in the mass shooting targeting two mosques in Christchurch City, in New Zealand, on Friday, in which 50 people were killed.

The ministry said in a statement that the New Zealand authorities still refuse to list the names of the victims, but would, however, inform their families as soon as they are identified regardless of their home country.

According to the ministry, the following were identified among those killed as having Palestinian origins, Abed al-Fattah Qassem Duqqa, Ali al-Madani, Atta Muhammad Elayyan, Amjad Hmeid, Usama Abu Kweik and Kamel Darwish. The names of the following were identified among the injured, Wassim Daraghmeh, Aylin Daraghmeh, Bassel Asaad, Shihadeh al-Sinnawi, Muhammad Elayyan and Khalid Hijjawi.

The ministry instructed the Palestinian ambassador to Australia, who is a non-resident ambassador to New Zealand, to follow up with the local authorities on the conditions of those injured.