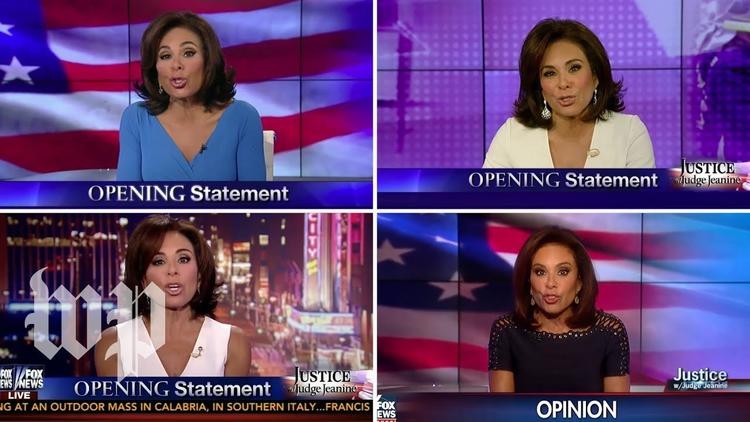 Ann Arbor (Informed Comment) – World-straddling press lord Rupert Murdoch’s media is under pressure in the wake of the massacre of 50 worshipers by a white supremacist terrorist at a Christchurch mosque. Murdoch’s Fox News is known for pushing white nationalist themes and for demonizing Muslims, and his Sky News Australia is not very different.

Sky News Australia kept looping the video made by the alleged mass murderer and terrorist during the mosque attack. New Zealand authorities had discouraged people from playing the tape, which the white supremacist had connived at in order to spread his hate. Not sensationalizing these mass shooters is best practice in law enforcement and mass media. The focus should be on their victims. But Murdoch’s Sky News Australia disregarded these requests and so was suspended from the airwaves by the independent Sky News New Zealand.

Over in the US, far right propagandist Jeanine Pirro did not do her show on Saturday. Last week, she launched a virulent hate campaign against congresswoman Ilhan Omar, accusing her of betraying the US constitution by wearing a headscarf. Actually, the US constitution guarantees freedom to practice one’s religion. Pirro’s hateful remarks questioning Omar’s patriotism merely for practicing her Somali version of Islam might have passed without too much comment over at steadfastly Islamophobic Fox. But the shooting to death of 50 innocent Muslims over exactly the same issues on which Pirro had gone after Omar cast Pirro’s comments in a new and dangerous light.

What is common between Sky News Australia and Fox is their ownership, which is vested in the Australia-born Rupert Murdoch. Anti-Trust statutes and the FCC ought to have made it impossible for one man to own so much of the US and British press. But Murdoch kept plugging away, and he came to own both the London Times and the Wall Street Journal, not to mention Fox cable news and a whole host of others.

Murdoch’s channel can pull Pirro, but that is just a personnel shift. The real problem is the editorial line, which is just hate.

Fox is a relentless purveyor of Islamophobia, and if it goes on this way it will get people killed.