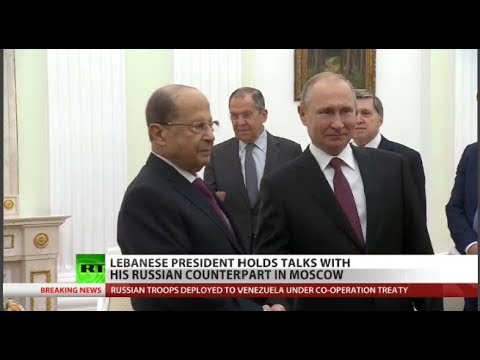 The Ambassador of the League of Arab States to Russia, Jaber Habib Jaber has praised Russia’s steadfast position on the Jerusalem and Golan files, which is in compliance with the international laws and legislation. Jaber also thanked Moscow for its adherence to this principle and considered it the right way to play an effective and influential role in resolving crises.

Jaber told Sputnik on Thursday: “We appreciate the Russian position on the Jerusalem and Golan files. This position is consistent and based on the need to abide by international law, norms and standards.”

He added: “This was clearly stated by Russia regarding the Jerusalem and Golan files, and in all the files that need a comprehensive and just political settlement of the conflict in the Middle East.”

The Russian Foreign Ministry expressed earlier its deep concern over the issue of Palestinian-Israeli conflict, noting that the vacuum in the Middle East peace process creates fertile ground for unilateral steps. It also clarified that these moves undermine the prospects for an internationally recognised solution to the Palestinian issue, under which the Israeli and Palestinian states coexist in peace and security with all their neighbours.

The Russian Foreign Ministry stressed that Moscow still considers the formula of the two-state solution the best for the settlement negotiations, because it responds to the national interests of the Palestinian and Israeli peoples, stressing its commitment to the UN resolutions on the principles of the settlement.

The Ministry also announced that its position on the Golan Heights remains firm, asserting that Moscow sees it as a Syrian territory occupied by Israel.

It explained that Moscow is still adhering to UN resolution 494 of 1981, which considered the Israeli decision to spread its laws and sovereignty on these Syrian territories to be illegal and had no legal force.