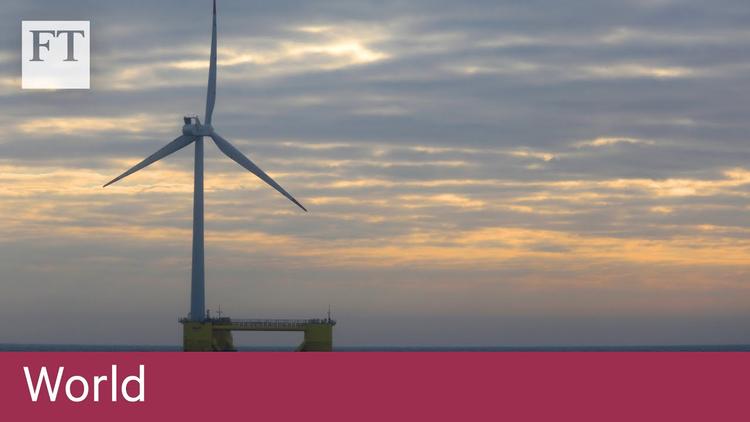 Ann Arbor (Informed Comment) – Scotland added another 6% of green energy in 2018, so that nearly 75% of its annual gross electricity consumption came from renewables, chiefly wind, solar and hydro. Scotland’s population is 5.4 million.

New offshore wind also allowed the UK to get 33% of its electricity from renewables in 2018. Although the UK is far behind Scotland in the green energy transition, it is nearly 12 times more populous, at 66 million, and so for it to get fully a third of its electricity from green sources is in real numbers a much bigger deal. British carbon emissions fell 3% last year.

Scotland and the UK have further big plans for new floating offshore wind turbines a technology pioneered off the coast of Scotland by Shell.

Britain as a whole wants to get 30% of its electricity from wind alone by 2030.

Scotland is also doing groundbreaking research and development on wave and tidal energy, which has the advantage of being steady (unlike wind and solar). A small demonstration project is already powering 2600 homes in Scotland, and there are near-term pans to expand it.

People who talk about our finding future solutions to the climate emergency are just out of date. The solutions exist, it is just a matter of implementing them, of political will.

Scotland has that political will. (Truth in advertising, my maternal grandfather was a McIlwee, which I take it makes me an honorary Glaswegian).

Scotland also has plans for car parks that charge electric vehicles, having called for the end of gasoline-driven cars by 2032. The Scotsman says, “Revolutionary vehicle-to-grid (V2G) technology will also be employed at the hubs, allowing charged cars to feed electricity back to the smart grid where it can be used to power homes and businesses.”