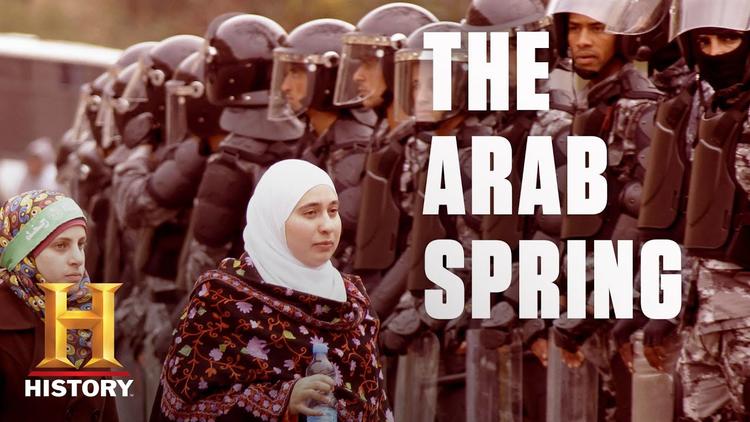 Amid headlines about the Islamic State group and photographs of rubble, it can be easy to forget that the Syrian war began as a nonviolent uprising.

March 15, the uprising’s eighth anniversary, serves as a reminder that any enduring end to the Syrian conflict must address the grievances and aspirations that propelled its beginning. Violent repression cannot create a stable solution, no less a just one.

I’m a scholar of Middle East politics. Since 2012 I have interviewed hundreds of displaced Syrians across the Middle East and Europe. Those interviews are collected in my book, “We Crossed a Bridge and It Trembled: Voices from Syria.”

Their stories describe suffocating fear and silence under the authoritarian regime that Hafez al-Assad established in 1970 and his son Bashar inherited.

They also describe how people risked their lives and worked together to fight their oppression.

Before the civil war, a single ruling party, state surveillance and pervasive covert informants led Syria’s parents to raise children on the saying “Whisper, the walls have ears.”

An “Emergency Law,” in place since the 1960s, gave security forces far-reaching powers to arrest anyone at will.

“If they got even a sense that you’re not completely submitting to their demands, you’d be put where the sun doesn’t shine,” a university student told me. “No one would hear from you again.”

While security rule created fear, everyday corruption made indignities the norm. People with whom I spoke recounted their exasperation with paying bribes at every turn and watching regime cronies get rich while their livelihoods deteriorated.

Most demeaning was the sense that complicity was the only way to survive. A mother shrugged, “You just adapted to oppression and rotted along with it.”

In early 2011, the Arab Spring galvanized millions in protest in Tunisia, Egypt and elsewhere. Outside analysts and many Syrians themselves judged that a history of state violence left Syrians too afraid to go out. When a new Facebook page called for revolution on March 15, a few individuals broke the barrier of fear.

Syrians recall those demonstrations and the hundreds that followed, as creative celebrations filled with dance, song and a sense of rebirth. After a lifetime of having to chirp praise for “the Leader,” this was the point Syrians went out and said “no.” Some describe it as the first time they had heard their own voice.

A graphic designer described how her husband was the first of the two of them to attend a demonstration. He returned to say, in tears, “Anyone who doesn’t live this moment cannot consider himself alive.” After her first demonstration, she told him that he was right.

Many felt that experience of protest was transformative socially, as well as personally. Hundreds of neighborhood committees formed to organize protests, bringing together people of different backgrounds to exchange ideas and work together. This civic engagement defied the collective distrust that the authoritarian state had actively fostered in order to control society.

Solidarity could be heroic.

“People took huge risks just to spread leaflets or bring someone to the hospital,” a young woman recalled. “I also did crazy things to rescue total strangers … Because we were together, shouting for the same goals.”

It took 12 days and 61 deaths before Bashar al-Assad delivered his first address about the crisis.

“If Bashar had made reform, we would have cheered him and made him king,” an engineer recalled.

Instead, the president vowed to crush unrest, which he denounced as a foreign conspiracy to foment sectarian strife.

People I interviewed regard such rhetoric as itself a strategy to “sectarianize” the conflict to divide citizens who shared a unifying aspiration for accountability and good governance. They insist that demonstrations often began at mosques not because they were led by Islamic extremists, but because mosques were the only place where people could legally gather. Many knew stories about Christians or atheists who participated in Friday prayers simply to join marches from the start.

Pounded by repression, the uprising swelled during spring 2011. Calls for reform escalated to demands to topple the regime. After months of overwhelmingly peaceful protests, some in the opposition took up arms.

The regime intensified its reprisals from tanks to indiscriminate aerial bombardment. Other states and non-state actors intervened on the side of the regime or an increasingly fragmented array of rebel groups, propelling a multi-sided war that shattered the country.

“We tried our best to build something,” an activist told me, a heavy sense of loss in her voice. “We faced a lot and we faced it alone. But we lost control.”

Today, violence has killed more than half a million Syrians and forced some 12 million to flee their homes.

Observers increasingly assert that the Assad regime has “won” the Syrian war.

As the saying goes, history is written by the victors. Assad has a tight grip on media and, in the years to come, Syrians expect that he will continue to promote a story about the conflict that ignores or maligns those who found their voices in peaceful protest eight years ago.

This will be a vengeful denial of one of the century’s bravest shows of people’s power. No less, it will be a denial of the many ways in which Syrians today continue to call for a society with freedom and justice – and without fear.

History Channel: “Here’s How the Arab Spring Started and How It Affected the World | History”