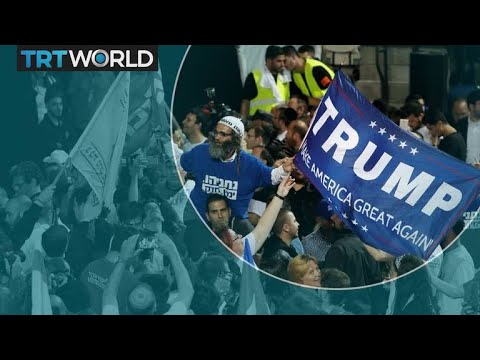 By Motasem A Dalloul | @AbujomaaGaza | –

After securing 36 seats in the Knesset, and with other right-wing parties winning at least 30, it is obvious that the leader of Israel’s Likud party, Benjamin Netanyahu, is going to form the next — his fifth — government. Although he is not as pragmatic a leader as others, mainly those on the Left, he played his election cards very openly, and his agenda includes destroying every Palestinian dream.

The Palestinian Authority, Palestine Liberation Organisation and Fatah leader Mahmoud Abbas said on Tuesday that he is ready to work with any Israeli government which is ready for peace. That was before the result of the Israeli General Election was known; it is doubtful if the new Israeli government will be looking for peaceful solutions to the decades-old conflict in historic Palestine.

“We will not abandon our rights and will not accept the [American] deal of the century,” insisted Abbas. “We are open if Israel accepts the UN resolutions for peace.” He has not commented on the election result, but his senior aide Saeb Erekat has: “The Israelis voted for the party which does not want to end the occupation and is opposed to the two-state solution.”

Israeli columnist Boaz Bismuth wrote in Israel Hayom that Netanyahu’s agenda is based upon fulfilling Jewish aspirations at the expense of Palestinian rights. Bismuth referred to the adoption of the Jewish Nation-State Law as an example. “And here’s the problem: when the 20th Knesset passed the important nation-state law, which had the support of the vast majority of the people, the Left objected to it, arguing that it was racist because it did not include a clause spelling out equality for all citizens. It was obvious to most of the public that equality had no place in the law because this is not a country for all its citizens, but rather the Jewish state.”

Where does this leave the Palestinians inside Israel and in the occupied territories? The Democratic Front for the Liberation of Palestine (DFLP) expects Likud to adopt more extreme policies on Palestinian rights. “Likud will form the government,” explained Talal Abu Zarifa, a senior official of the DFLP in Gaza. “Hence, it needs to adopt more extreme policies in order to attract the extreme right wingers to join its coalition. The result will surely be a government which disrespects Palestinian rights.”

Bismuth may have given us a hint about what Netanyahu’s Likud is thinking, but one senior member of the party has made it very clear what it is going to do on the ground. Speaking to Channel 12 TV, Yisrael Katz stressed that the new Israeli government would not be a national unity administration, but a right-wing government that will impose Israeli sovereignty over the occupied Palestinian West Bank.

Palestinian Professor of Political Science Hanna Isa is based in the occupied West Bank. He confirmed that this is exactly what the Likud-led coalition will do. “Jerusalem has already gone,” Isa told me, “and Israel is going to annex area C, which is home to 350,000 Palestinians and 400,000 Israeli Jewish settlers. The settlers will be granted Israeli identity cards which will make them Israeli citizens. The crumbs will be left for the Palestinians.”

Prof. Isa believes that the new Israeli government will not wait too long to carry out this step, which he expects to be part of Donald Trump’s “deal of the century”. He thinks that the US President will announce the details of his deal on 15 May, Nakba Day; the 71st anniversary of the creation of the state of Israel. “The date is symbolic and significant,” Isa added. “On 15 May, Israel was established, and on 15 May, Palestine will vanish.”

The Israeli opposition parties have said that they will make things “miserable” for the government. “The Knesset will be a battleground,” they claim, but they will not be fighting to give the Palestinians anything. Why should they? There is no pressure on Israel internationally to compromise on any issue of importance; what Israel wants, it gets, even if that means a racist state in which only Jews are equal citizens while the non-Jews are treated as second class and worse.

The crumbs that any Israeli government, right or left, will give the Palestinians will be no more than small fragmented pieces of their homeland “in which they could have municipal services, such as garbage collection; raise a Palestinian flag; and, most importantly, continue security coordination with Israel.” That is the reality which should force Mahmoud Abbas and his PA to end what he has called “sacred” security collaboration without delay.

Only unity will succeed in getting the Palestinians anything at all; the PA’s current policies are completely discredited and ineffective. We can always sit, cap in hand, and wait for Israel to toss us some crumbs, of course, but the people of Palestine have more dignity and self-respect than that. The sooner that Abbas realises this and acts accordingly, the better for us all.

TRT World: “DC Direct: Netanyahu and the Future of Palestine”