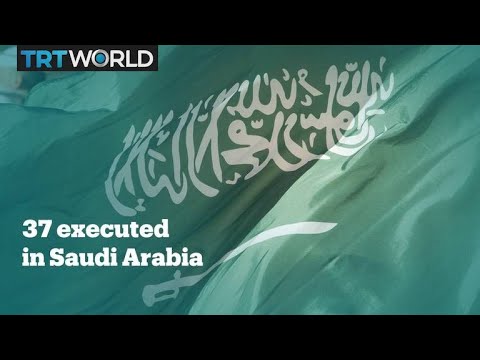 Ann Arbor (Informed Comment) – Saudi authorities tweeted Wednesday that they had executed 37 persons. Two of the bodies were hung from light poles in public as a warning to the Saudi public to avoid any sort of dissidence.

The widely condemned step came while the kingdom was hosting a two-day economic forum that attracted some big names. This respectable attendance contrasts with the thin attendance last fall in the wake of the October 2 murder in the Saudi consulate in Istanbul of prominent Washington Post columnist Jamal Khashoggi. The oil giant Saudi Aramco made $118 billion last year, making it one of the best-earning companies in the world, and many people with capital are more interested in growing their capital than in protesting human rights abuses.

Wednesday’s mass executions will be unlikely to slow this new gold rush to Riyadh. Khashoggi was prominent and famous, and if he could be carved up with a bone saw with impunity, the relatives of the 37 just executed stand little chance of getting a hearing.

The Saudi government announced that the victims were “terrorists.” Some 33 of them appear to have been Shiite dissidents. Most of these Shiites were from Qatif and al-Hasa in the east of the country, but some were also from Medina in the West. It is unusual for Shiites in the West to be arrested.

Human rights organizations expressed reservations about the judicial procedures used by the Saudis and suggested that confessions were the result of torture.

For its part, Iran condemned the silence of the White House about the executions. Trump son-in-law Jared Kushner is reportedly close to Saudi de fecto ruler Muhammad Bin Salman.

After a wink at the dismembering of a journalist, not a whisper from the Trump administration when Saudi Arabia beheads 37 men in one day—even crucifying one two days after Easter. Membership in the #B_team —Bolton, Bin Salman, Bin Zayed & "Bibi"— gives immunity for any crime. pic.twitter.com/GgtfOqowGq

Most Saudi Shiites are Twelvers, practicing the same branch of Islam as predominates in Iran. Most of them, however, follow Grand Ayatollah Ali Sistani of Najaf in Iraq rather that Iran’s Leader Ali Khamenei. Some Saudi Shiites belong to the Shaykhi School founded by Shaykh Ahmad al-Ahsa’i, a group that has been persecuted inside Iran for theological deviance.

Only a small number of Saudi Shiites have shown themselves interested in revolutionary Iran as a model.

Nevertheless, the current Saudi government is obsessed with republican Iran (it overthrew its king) as a radical threat to the Saudi kingdom, and Riyadh has formed an anti-Iran political alliance with the Trump administration and, surreptitiously, with Israel. In this somewhat paranoic political environment, attention has focused on the country’s Shiite minority, with the implication that it tilts to Iran and against its own government (a proposition so far entirely unproven).

There have been Shiite terrorist cells in eastern Saudi Arabia in the past, but Riyadh would have to be substantially more transparent about the evidence against the condemned before most global human rights organizations could be convinced that the executions were actually a matter of counter-terrorism.

Mujtaba al-Sweikat was 17 in 2012 and was on his way to study at Western Michigan University in Kalamazoo when he was arrested at King Fahd International Airport for calling attending a pro-democracy rally in the aftermath of the 2011 Arab Spring. Mujtaba was executed yesterday. The judicial murder was condemned by Amnesty International, Human Rights Watch and UN Human Rights Commission head Michele Bachelet, on the grounds that people arrested as minors should not be subject to capital punishment. (Amnesty International is against capital punishment as a matter of principal.) The Saudi authorities charged him with organizing terrorist cells, which would have been quite a feat at 16 when he must have been plotting his dangerous activities.

It is estimated that some 12 to 15 percent of the Saudi population consists of Shiites. The more extreme Saudis view them as wretched heretics and deny them the right to practice in public, and they face discrimination in the job market. 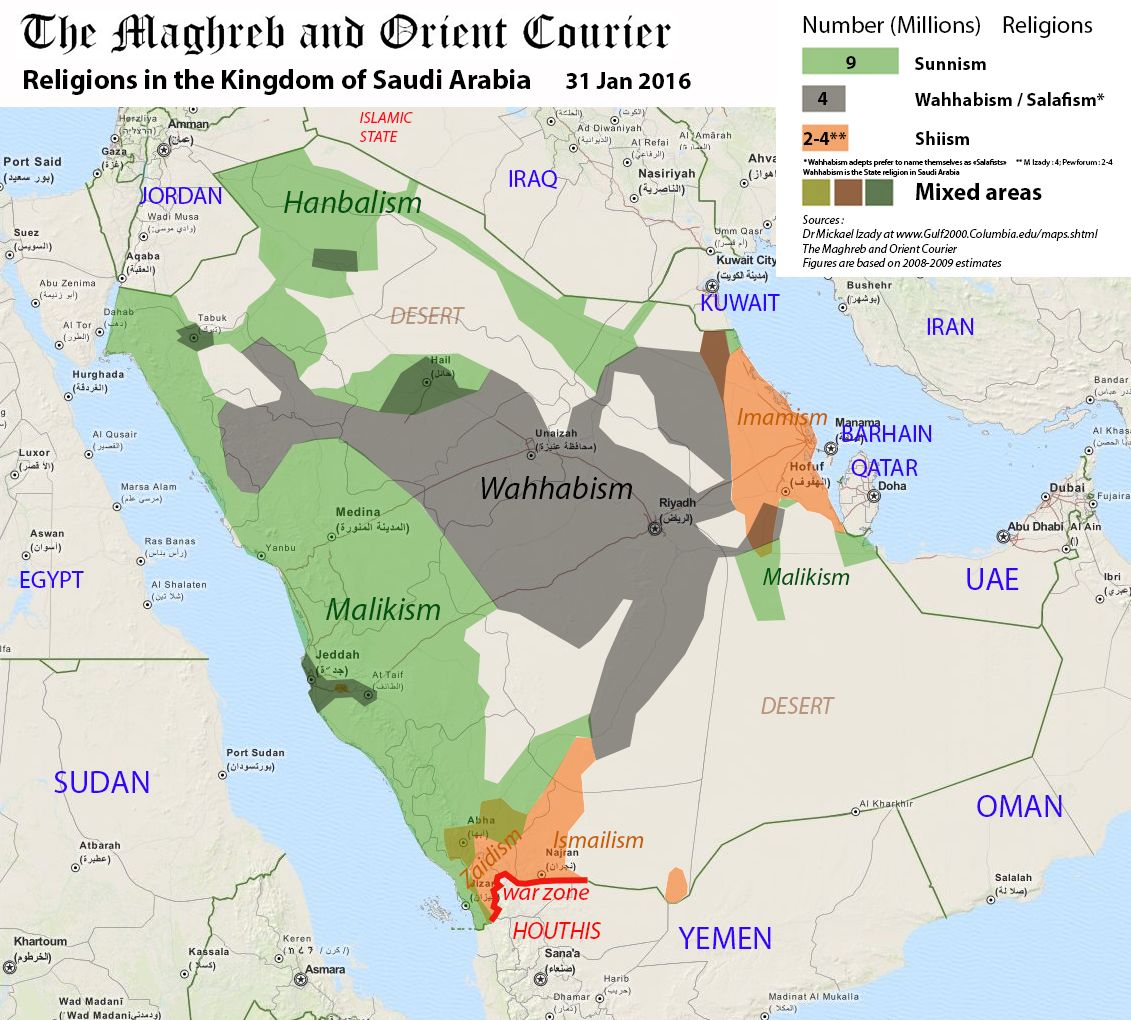 Wahhabis are on a spectrum, with some of the Saudis to the far right; neighboring Qatari Wahhabis put freedom of religion into the Qatari constitution and are much more tolerant and open-minded. The hard line Wahhabis are in control of Saudi Arabia, but may only comprise 40% of the total population. A lot of Saudis in the West are Sunni Muslims. Although nowadays it is common to speak of Wahhabis as a branch of Sunnism, historically it rejected key tenets of Sunnism, which is uncomfortable with excommunicating Muslims and permits individuals more personal liberty. Sunnis in Egypt permit Coptic churches and freedom of worship whereas no churches are allowed in Saudi Arabia.

Most Shiites live in the Eastern Province, which is where the petroleum comes from. This human geography makes any dissent among them especially worrisome to the Saudis.