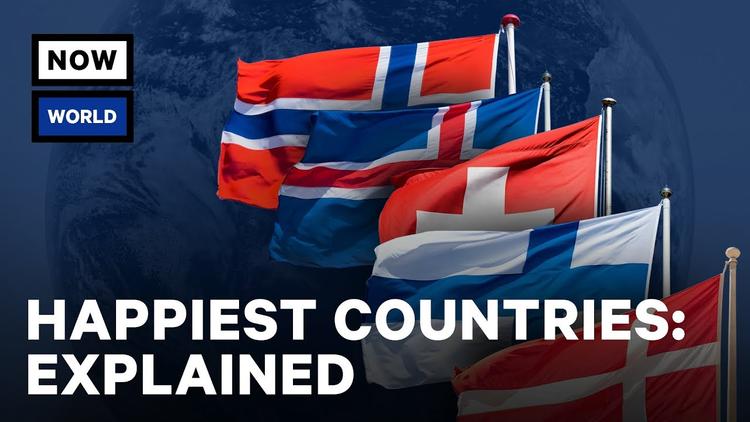 For the past seven years ago, the United Nations has issued a report titled the World Happiness Report. While this report may sound somewhat lightweight, it actually ranks countries by serious measures including income, freedom, trust in government, social support, life expectancy and how happy citizens perceive themselves to be. The highest-ranking countries are those, we learn, that have “strong social welfare systems and an emphasis on equality.”

I was not surprised to learn that in 2019 our country fell in rank from 18th to 19th in the report. Despite our high employment, millions of working people hold 2 jobs to pay bills and are an illness away from bankruptcy. Moreover, we have seen a steady increase in the number of hate groups, the majority being white male supremacist groups, over the past 3 years coinciding with President Trump’s campaign and presidency. In his recent manifesto, the Australian-born murderer of 50 New Zealand Muslims at worship in mosques attributed Trump as the “symbol of renewed white identity.”

Let us consider some other factors that might cause us to fall lower on the World Happiness Index than other democratic countries, less wealthy than our own. A recent study of hundreds of federal government policies found that most policies adopted by our government are those that favor the economic elite and business interests. Only when the general public’s interests coincide with powerful business corporations do our interests get served. Consider also that our life expectancy has dropped over the past year due to drug overdoses and suicides among white men in the late 40s and 50s – a tragic sign of something, maybe hopelessness or a sense of no future that plagues some in our country.

Countries can also be judged by the way they treat their children, so let’s consider our own. While the US is among the wealthiest nations in the world, it has a higher rate of child poverty than other wealthy countries. Why? Compared to other wealthy countries, our government underinvests in its poor children and their families and this leads to higher persistent child poverty and poor child health, poor educational outcomes, and no exit out of poverty.

Budgets are moral documents and they mirror the values and priorities of a country.

So let us look at US values and priorities through the lens of President Trump’s proposed discretionary budget for 2020.

As in past years, the Department of Defense (DOD) is allocated an increase and the lion’s share in the proposed budget (more than 60%), while every other department and agency that contributes to Americans’ daily well being is cut:

· 22% decrease for Department of Transportation: According to the American Society of Civil Engineers, the US infrastructure, including roads, bridges, dams, and airports gets a D+ grade.

· 16.4% decrease for Department of Housing and Urban Development, while ½ million Americans are homeless and Section 8 waiting lists for affordable housing range from 1 to 5 years.

· 12% cut in Health and Human Services, despite the opioid addiction crisis.

· 12% cut in Department of Education: US education quality is falling when compared to most developed and even lesser developed countries in annual international testing of high school students.

The military budget assures the economic health of defense contractors and pours our tax money into the Pentagon’s ongoing masculinist goal of maintaining military superpower status (championed by both Democrats and Republicans), even after two decades of failed wars. Yet it does not prioritize its soldiers and veterans. Veterans commit suicide at twice the rate of non-military citizens, and they have a higher rate of homelessness, particularly veterans of color and women vets. A recent survey of military families portrays slum-like conditions with mold, lead and rodents in military housing. Concurrently, environmental studies expose extensive groundwater and drinking water contamination at US bases, most notably from fire-fighting chemicals, which the Pentagon considers too expensive to remedy.

All I can recommend for lifting the well-being of those harmed by the budget priorities of this administration is this: Vote an alternative in 2020. Scrutinize candidates for their position on reducing the defense budget; raising the minimum wage to a living wage; eliminating violence against women, people of color and immigrants; providing universal health care; and putting more of our tax money into affordable housing, quality education, repair of roads and bridges, safe drinking water, clean up of hazardous wastes and the climate crisis. Otherwise, states turn to casinos and sports betting (which can give temporary highs but not lasting well-being) to fill the holes in our social safety net.