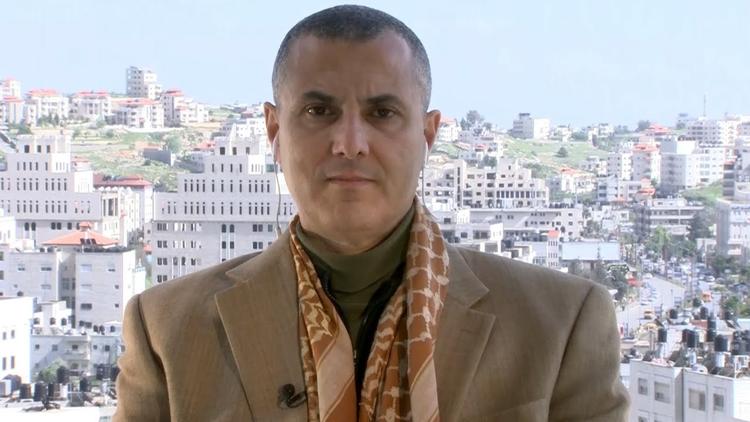 The Israeli state and its supporters frequently accuse its critics of being motivated by anti-Semitism, and although they usually concede that it is not inherently anti-Semitic to criticise Israel, recent controversies have proven that it is quite difficult to ascertain precisely where genuine criticism ends and racism begins.

One popular method for working this out is the so-called “3D test” — the “Three Ds of anti-Semitism” — developed by Israel’s one-time Minister of Internal Affairs, Natan Sharansky. This framework evaluates criticism of Israel against three “Ds”, namely demonisation, when “Israel’s actions are blown out of all sensible proportion”; double standards, when Israel is “singled out” or criticism is “applied selectively”; and delegitimisation, when “Israel’s fundamental right to exist is denied”. If a critical statement meets any of these criteria, then it is determined to be anti-Semitic.

This test has been promoted by the likes of the US Anti-Defamation League as a simple way to distinguish “anti-Israel” criticism from anti-Semitism, but it falls short in at least one important way: its standards can easily be applied to the discourse surrounding countries other than Israel. In fact, the “3 Ds” mirror complaints made by supporters of apartheid South Africa in the 1970s and 80s, who also believed that their favoured country was subject to unfair criticism.

Glenn Babb, South African Ambassador to Canada from 1985 to 1987, often criticised the “exaggerated rhetoric” that was used against his country. He felt that South Africa was being “vilified” in the public debate, and that its critics were full of “dismal ignorance”. Babb claimed that the Canadian government was conspiring with “anti-South Africa” groups and the African National Congress (ANC) to manufacture an unfriendly attitude towards the apartheid state; he referred to this “incestuous relationship” as “the anti-South Africa industry.”

South Africa’s supporters frequently complained that the country was being depicted from an entirely negative and one-sided point of view; they blamed the “biased” and “liberal media” for repeating uncritically disinformation from “terrorists” and Soviet Union “puppets” like the ANC, and for convincing the public that apartheid was uniquely evil. Indeed, they argued that biased media coverage had triggered emotional responses at the expense of rational analysis, poisoning the possibility of constructive debate.

Apartheid is a Crime: Portraits of the Israeli Occupation

John Shingler, a professor at McGill University who was also a director of an elite pro-South Africa group, wrote that campus debates around South African divestment were “unbalanced”, “one-dimensional” and “wholly negative”. The result was that South Africa itself had become tainted as a country (and not just its policies), which had two main effects: the tone of the debate had become “abusive” and “shrill”, and it had become impossible to take a “moderate” position or to oppose sanctions without being accused of being “racists” and “fascists”. By demonising South Africa, it was claimed, any association with the country had become toxic.
Double standards

A glossy 1987 pro-apartheid magazine called South Africa: Nation on Trial opened with a combative editorial claiming that “South Africa bashing has become a national sport.” The magazine, which was mailed to spouses of Canadian members of parliament, went on to complain that “South Africa is judged by double, triple, and even quadruple standards. Many of these are highly subjective, intellectually inconsistent, biased, racist, and downright arrogant.”

South Africa’s supporters felt that many in the West had an “obsession” with the country, and questioned the disproportionate attention it received from governments. John Chettle of the South Africa Foundation blasted the “ruthless majority” in the UN for applying “illegal sanctions” against South Africa, while Babb pointed out the “selectivity” with which “the world singles South Africa out as a special case.”

Many others questioned why “liberal do-gooders” did not boycott the Soviet Union or other African states. An anti-sanctions advertisement published in November 1985 by both the Globe and Mail and the Ottawa Citizen lambasted Prime Minister Brian Mulroney’s “one-sided ‘get-South Africa’ threats” and “hypocritical” sanctions, and asked why Canada was not boycotting “the Marxist dictatorship of Tanzania”.

While allegations of hypocrisy largely took an anti-Communist ideological line, South Africa’s defenders occasionally drew upon other examples. As one audience member remarked during a public forum on South African censorship in 1988, while the First Intifada was raging in occupied Palestine, “What is this maniacal preoccupation with South Africa at the moment? I mean, 200 Palestinians are being shot to death in the streets on the West Bank you know. I hope [you] will use the same kind of energy to bring inequities in Israel to the general public.”

“There is a war going on,” stated journalist Peter Worthington grimly in his 1987 anti-ANC documentary, “not against apartheid, but against South Africa itself”.

South Africa never had an argument that was exactly equivalent to Israel’s “right to exist”; that is, its supporters did not claim that white South Africans had a positive right to maintain ethnocratic control over the state, per se. Nonetheless, they argued that the demands of the anti-apartheid movement would lead to the violent overthrow or destruction of South Africa itself, and as such posed an existential threat. In this, the pro-South African lobby mobilised an implicit idea of white self-determination as threatened by African and Marxist barbarism.

Supporters of South Africa rejected the call for “one person, one vote” by pointing to neighbouring African countries to show that democracy has not worked elsewhere on the continent but was in fact a “cataclysmic failure”. Toronto Sun columnist McKenzie Porter blamed this on “the inability of native blacks to govern well a modern state” and predicted that if apartheid was dismantled, “within a decade the only civilised nation on the African continent would collapse.” Babb warned of a “bloodbath” and in a full-page article for the Globe and Mail titled “The good side of white South Africa”, Kenneth Walker wrote that one person, one vote “is a recipe for slaughter in South Africa”.

Such predictions were often apocalyptic. Most evocative was a pro-apartheid comic strip by Disney cartoonist Vic Lockman, whose panel on the “Soviet encirclement of South Africa” presented an image of a giant bear with a hammer and sickle, moving down the African continent upon frightened South African factories and mines which were completely surrounded, declaring “We shall drive South Africa into the Sea!”

The 3D test is fatally flawed

This is only a small sample of the arguments advanced by supporters of apartheid South Africa, who insisted that criticism of the country was unfair in a manner consistent with allegations of demonisation, double standards and delegitimisation. This suggests that Sharansky’s “3D test” for distinguishing criticism of Israel from anti-Semitism is fatally flawed because, in effect, it bundles together a number of rhetorical strategies that are not unique to Israel but have been used by other pariah states to justify their own oppressive practices. These strategies are, in essence, claims about a lack of fairness, and they are likely to be advanced by any country facing significant criticism. Using these tired and repackaged arguments as a weapon against Israel’s critics will not contribute to the fight against anti-Semitism, but rather undermine human rights activism.