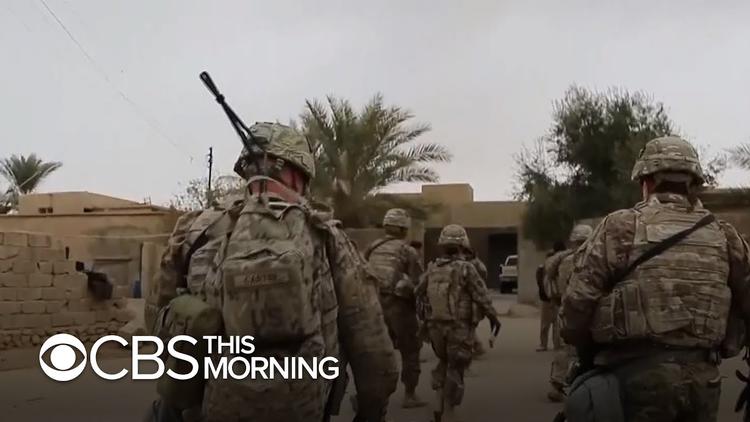 Ann Arbor (Informed Comment) – The Trump administration is now in full disinformation mode, using all the classical techniques of propaganda to put the gullible US public on a war footing with Iran. Here is how it is done.

1. Iran warmongers like National Security Adviser John Bolton and Secretary of State Mike Pompeo pretend to speak for US interests instead of for the narrow and sectarian interests that want a war. Bolton has taken big bucks from the Iranian expatriate People’s Jihadis (MEK), which the State Department for long listed as a terrorist organization. NBC news at one point linked it to Israeli intelligence, and others have suggested a Saudi link. Pompeo is a Kansas oil man and we all know what oil men do to the Middle East (think Bush and Cheney).

3. The US State Department staff have worked in Iraq for a decades while taking occasional mortar fire in the Green Zone. There is no reason to withdraw them now. In fact taking them out weakens US-Iraq cooperation in making sure ISIL doesn’t com back. This move is merely crisis signalling by Trump and Pompeo. You do something dramatic that implies there is danger to create the aura of danger when actually nothing has changed.

4. Having presented us with this tautology, as though it were a new emergency, they then identify a villain. Villainization is the bedrock of all propaganda. In this case it is the ayatollahs of Iran. Once you have villainized someone you no longer need to explain their behavior. George W. Bush once said that Iraqi dictator Saddam Hussein acted as he did because he is evil. So it is alleged that Iran is the country putting US troops in danger.

5. The propagandists, like Las Vegas illusionists, use misdirection. They won’t tell you that US troops in Iraq are there to help the Shiite-led government of Baghdad mop up the remnants of the Daesh or ISIL terrorist organization, which is hyper-Sunni. ISIL has attacked Tehran and it massacred Iraqi Shiite troops with ritual slaughter deriding their Shiism. So the US, in helping Shiite politicians in Baghdad fight ISIL is de facto allied with Iran.. US troops are in danger from ISIL, not from de facto allies.

6. The warmongers engage in false flag operations to trick the target into over-reacting. Trump for no reason breached the 2015 treaty on mothballing Iran’s nuclear program, which Tehran had signed with the UN Security Council states. Then he declared the Iranian national guard a terrorist organization. (State institutions cannot be terrorists by international law, though they can commit war crimes). The Iranian government, angry, declared the US army a terrorist organization. Presto! Bolton and Pompeo can now close the trap, saying that Iran and its Iraqi allies are about to attack US troops because they consider them terrorists.

7. The villainizing terms of the warmonger discourse that now dominate the airwaves drowns out the reality on the ground. Never mind that the more militant Iraqi Shiite militias like the League of the Righteous have disavowed any intention to assault US military personnel or that Iran’s clerical Leader, Ali Khamenei, says Iran will not go to war with the US.

8. Those who do not want war are made to choose between speaking out and being smeared as Iran apologists or being silent and letting the warmongers win. Villainization and polarization pull the carpet out from under rational discourse. Liberals are forced to admit that Iran is a “bad actor” or “spreads chaos” in the Middle East, even though Iran has been the status quo regional power in the past couple of decades and it is the US and its allies that have been the bad actor.

9. Attention is taken off the expansionist aggression of the US and its allies. Israel’s world-historical land grab in the West Bank and erasure of the Palestinian nation is never mentioned during the 24 hour cable news cycle in the US. Saudi Arabia’s brutal air war on little Yemen is almost never covered. Iran is castigated for dictatorship while Saudi Arabia, an absolute monarchy, skates.

And there you have it. The hawks and war stenographers among journalists can be depended upon to go along, and to do breathless front page stories about the Iran danger.

Hitler followed the same steps in annexing the Sudetenland from Czechoslovakia, by the way. Nazi bullies attacked Czechs, allowing Hitler to declare that ethnic Germans were in danger. Slav politicians were demonized and accused of plotting aggression. After a while the German army was goosestepping throughout the Sudetenland. Propaganda and illogic are not new.

CBS this Morning: “U.S. orders personnel out of Iraq as tension with Iran soars”