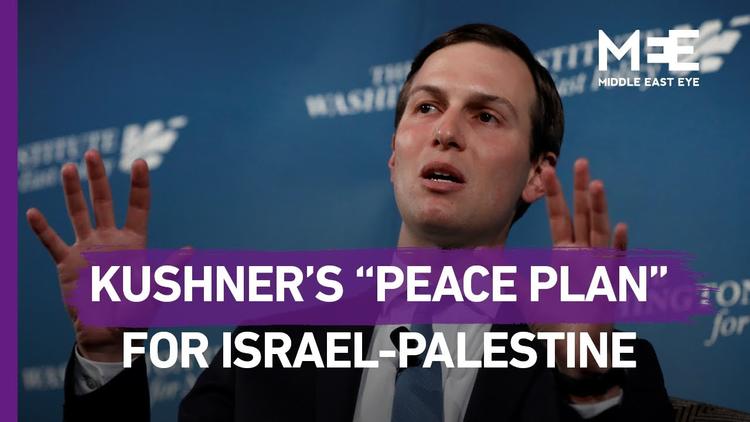 That’s what almost every expert predicts will be the fate of the Trump administration’s long-awaited peace plan to resolve the Israeli-Palestinian conflict.

As the author of the new book, “The Israeli-Palestinian Conflict: What Everyone Needs to Know,” I share this view.

Developed in secrecy for the past two years by Jared Kushner, President Trump’s son-in-law and senior adviser, along with Trump’s longtime lawyers Jason Greenblatt and David Friedman (now U.S. ambassador to Israel), the peace plan’s release has been repeatedly postponed.

According to news reports, it will finally be made public sometime next month. That’s after the new Israeli government is formed and the Muslim holy month of Ramadan ends.

You might think that a plan cloaked in secrecy, aimed at achieving what President Trump has called the “deal of the century” to end the long-running conflict between Israel and the Palestinians, would be eagerly anticipated and widely welcomed.

But it seems that no one is enthusiastically waiting for this plan or ready to embrace it, least of all Israelis and Palestinians. Even President Trump has kept his distance from the plan and, reportedly, hasn’t read it in full.

About the only thing the Trump administration’s peace plan has going for it is the fact that nobody expects it to succeed. With expectations so low, there’s less risk that the likely failure of the plan will trigger another round of Israeli-Palestinian violence.

That’s what happened previously when U.S.-led efforts to make peace failed. The Second Intifada, for example, erupted shortly after the failure of the peace talks at Camp David in July 2000.

There are many reasons why Kushner’s peace plan seems doomed to fail. Some of these are the Trump administration’s own making.

President Trump recognized Jerusalem as Israel’s capital in December 2017 – with no mention of Palestinian claims to East Jerusalem. Since then, relations between his administration and the Palestinian leadership based in the West Bank have gone from bad to worse.

The administration has taken a series of punitive actions against Palestinians. They include ending U.S. funding for the U.N. agency responsible for Palestinian refugees, slashing aid to the West Bank-based Palestinian Authority, closing the PLO’s office in Washington, D.C. and even eliminating funding for Israeli-Palestinian coexistence programs.

But those actions have not forced the Palestinian leadership to be more compliant and compromising.

Instead, the measures stiffened their resistance to American pressure while angering and alienating the Palestinian public, who have suffered as a result of the cutbacks in U.S. aid.

Even if President Abbas were not so hostile to the Trump administration and vice versa, he would never accept the terms of the peace plan that Kushner and company have devised.

Although its details remain secret, its broad outlines have gradually emerged.

In exchange for a massive infusion of aid and investment financed by wealthy Arab gulf states, the Palestinians would have to accept Israeli settlements deep inside the West Bank, Israel’s permanent control over the Jordan Valley and a long-term Israeli military presence in the West Bank, where roughly 2.8 million Palestinians live.

The Palestinians would also have to abandon their demand for a capital in East Jerusalem and maybe even give up their decades-long quest for sovereign statehood.

No Palestinian leader would agree to these terms, which effectively amount to a surrender to long-time Israeli demands, not a peace agreement based on mutual compromise.

Palestinians desperately need economic opportunities. But I doubt they will pressure their leadership to capitulate – as Kushner apparently hopes they will – or forsake their long struggle for national self-determination.

And many younger Palestinians, who are less committed to the goal of Palestinian statehood, would prefer to have Israeli citizenship than live in a small, fragmented, autonomous Palestinian entity.

Nor will Arab states like Saudi Arabia force the Palestinians to accept such a one-sided deal. Kushner’s friend, Saudi Crown Prince Mohammed bin Salman, might be willing to offer Abbas billions of dollars, but that won’t entice Abbas to give up Palestinian political aspirations and territorial demands.

While the Palestinians are bound to reject the Trump administration’s peace plan, the Israelis are unlikely to fully embrace it, despite its decidedly pro-Israel bent.

Prime Minister Netanyahu will certainly be careful not to antagonize President Trump, with whom he has forged a friendship and political alliance.

But he will also be careful not to lose the support of his coalition partners on which the survival of his government depends.

It seems likely that Netanyahu’s government will include far-right parties that want Israel to annex the West Bank, in whole or in part. They will object to any plan that cedes West Bank territory to the Palestinians, since they regard it as sacred land that belongs to the Jewish people for eternity.

I believe there is a real risk that a new, right-wing Israeli government will seize upon Palestinian rejection of Kushner’s peace plan to justify annexing Israeli settlements in the West Bank.

In a television interview shortly before the recent Israeli election, Netanyahu promised to extend Israeli sovereignty to its settlements in the West Bank. This was undoubtedly a last-minute bid by Netanyahu to convince right-wing Israelis, especially settlers, to vote for his Likud Party.

Yet Netanyahu may have no choice but to fulfill this promise if he forms a right-wing government with a slim parliamentary majority. The inevitable failure of Kushner’s peace plan might give him the perfect opportunity to do this – with American acquiescence, if not support.

To avoid this danger, and the potentially dire consequences that could follow from Israel’s annexation of its West Bank settlements, I think it would be better if the Trump administration just kept its peace plan to itself.

Releasing the plan will probably do more harm than good. It almost certainly won’t bring peace, and it could ultimately lead to a severe deterioration in Israeli-Palestinian relations.

Middle East Eye: “Jared Kushner on his “peace plan” for Israel and Palestine”