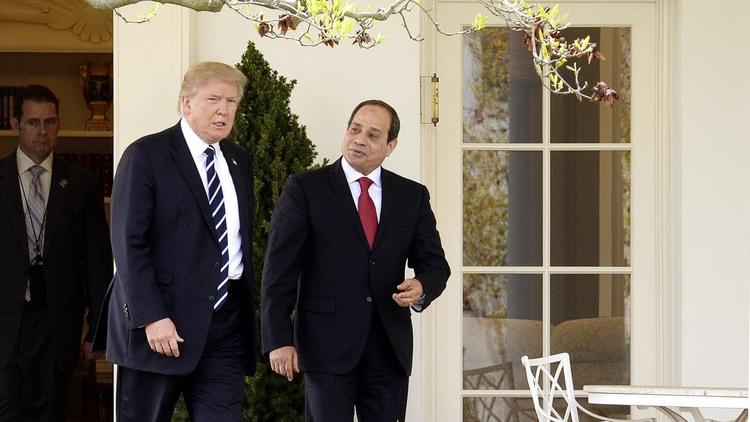 (Informed Comment) – Donald Trump’s already problematic and divisive Middle Eastern policy could create more problems as he seeks to label the Muslim Brotherhood as a foreign terrorist organization. Though presented as a national security move, it could ignite further Middle East and North African tensions, while giving another green light to authoritarianism – all in favour of the regional states who support the designation.

Such a move would give justification to targeting and discriminating against American Muslims, whilst potentially inspiring other Western nations to do the same. Yet the order, which would involve sanctions against the group, would also promote further violence and crackdowns against both factions supporting political Islam and even non-fundamentalist groups, in the name of MENA ‘security’.

Even though critics of the Brotherhood try to present it as a secretive worldwide Muslim conspiracy, each countries’ faction largely operates independently, and it is a decentralized organisation, with limited active communication among the branches. It had also partly become synonymous with democracy during the Arab Spring uprisings after seeking power via the ballot box and given that its Egyptian branch won elections in Egypt and a distant affiliate, the Renaissance Party (al-Nahda) won a round in Tunisia.

Yet Trump, evidently more tolerant of despotism and the ‘strongman’ approach, is focused on appeasing both Saudi Arabia and the United Arab Emirates and securing stronger investment ties with them. Both have also spent much money lobbying the White House and both view the Muslim Brotherhood as a populist and revolutionary threat to their conservative absolute monarchies.

Egypt’s President Abdel Fattah al-Sisi, who has cracked-down on the Muslim Brotherhood and is a close ally of the UAE and Saudi Arabia, also urged Trump to target the group in a visit on April 9, which evidently influenced the US President’s decision.

Both Saudi Arabia and the United Arab Emirates, aside from Riyadh backing Yemen’s branch al-Islah for tactical purposes in its war there, oppose the Muslim Brotherhood.

That many branches of the Muslim Brotherhood are interested in competing as parties in parliamentary systems poses a severe challenge to the authoritarian status quo in Saudi Arabia and the United Arab Emirates, which have cracked down hard on Muslim Brothers in their realms. Abroad, the Emirates’ Mohammed Bin Zayed, crown prince of Abu Dhabi, and Saudi crown prince Mohammed Bin Salman for the most part prefer to back anti-Brotherhood dictators.

The UAE, the most vehemently anti-Brotherhood state, claims to promote a ‘pro-stability’, ‘anti-extremist’ narrative to justify supporting autocratic regimes across the region, and adopts a highly interventionist foreign policy.

Khalifa Haftar, leader of the self-proclaimed Libyan National Army who enjoys extensive military and material Emirati support, has used the supposed threat of Muslim fundamentalism as an excuse to launch aggressive military campaigns in Libya. Having previously accused the UN-backed Government of National Accord in Tripoli of hosting ‘Muslim Brotherhood militias’, Haftar launched a campaign to seize the Libyan capital. To a lesser extent, Haftar receives Saudi Arabia’s backing, yet is still the UAE’s man in Libya.

Yet as Haftar opposes any Libyan democratic transition, his empowerment in Libya could instead grant him the excuse to carry out further abuses and install a despotic regime in the country. Haftar’s supposed targeting of the Muslim Brotherhood serves as a perfect justification for his campaign to forcibly capture Libya, which would enjoy continued support from Trump. Trump had already given Haftar his consent to fight ‘terrorism’ in Libya during a phone call in April, showing this pro-stability narrative was already swaying the President. Even if Haftar cannot completely seize power in Libya, his supposed fight against Muslim fundamentalists creates further instability in Libya, while dismantling the country’s long-sought peaceful democratic process.

Additionally, as if Egypt’s Sisi did not need further Western impunity to crack down on the Muslim Brotherhood and other opponents, Trump’s declaration will further embolden him to attack Muslim Brotherhood figures and continue to use this as a pretext to target non-Islamist reformists. After all, Sisi uses the Muslim Brotherhood as a bogeyman to repress civil society and arrest any regime critic, and Trump’s anti-Brotherhood agenda would allow the crushing of any reform in Egypt.

It would justify targeting Brotherhood in other parts of the region too. The popular revolution in the Sudan spearheaded by the left and middle classes, has opened up its politics, long dominated by a military sometimes allied with the Sudanese branch of the Brotherhood. The UAE and Saudi Arabia are evidently trying to empower a reactionary military regime as a way of permanently sidelining the Muslim religious Right. Significantly, Trump’s administration would conceivably turn a blind eye to a new military junta in the Sudan, which would foil the aspirations of a public yearning for new freedoms after overthrowing 30-year-long autocratic ruler Omar Bashir. After all, Trump has not shown any sign of supporting Sudan’s transition so far.

The US administration could therefore allow and support furthermore Emirati and Saudi crackdowns on democratic transitions across the region wherever a tendency supporting political Islam exists, to prevent an alleged Muslim Brotherhood empowerment.

As the Brotherhood is a loose-knit organisation, Trump’s designation could allow the targeting of any non-Muslim Brotherhood party the UAE and Saudi Arabia may dislike. The US itself could also move to sanction any such movement.

Even beyond the Middle East, including in Europe, Trump’s decision could embolden politicians and governments to adopt more anti-Muslim monitoring policies, allowing them to increase authoritarianism and surveillance of civil society in general. The UAE, which has listed 83 Islamic organisations worldwide as terrorist organisations, would also have increased freedom to monitor and interfere in Islamic groups worldwide, under the pretext of combating the Muslim Brotherhood.

Trump’s decision to pursue a ban on the Muslim Brotherhood is for the benefit of Saudi Arabia and the United Arab Emirates. If he can pass it, it could guarantee a further increase of authoritarianism in the region, allowing Saudi Arabia and the UAE to undermine regional democratic transitions, all with Trump’s consent.